Here is Jeffrey Goldberg on the likely consequences of an Israeli strike on Iran’s nuclear sites, which he estimates is 50% likely within the next year:

They stand a good chance of changing the Middle East forever; of sparking lethal reprisals, and even a full-blown regional war that could lead to the deaths of thousands of Israelis and Iranians, and possibly Arabs and Americans as well; of creating a crisis for Barack Obama that will dwarf Afghanistan in significance and complexity; of rupturing relations between Jerusalem and Washington, which is Israel’s only meaningful ally; of inadvertently solidifying the somewhat tenuous rule of the mullahs in Tehran; of causing the price of oil to spike to cataclysmic highs, launching the world economy into a period of turbulence not experienced since the autumn of 2008, 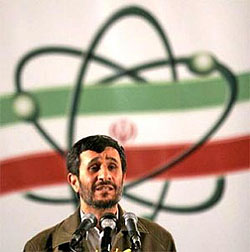 or possibly since the oil shock of 1973; of placing communities across the Jewish diaspora in mortal danger, by making them targets of Iranian-sponsored terror attacks, as they have been in the past, in a limited though already lethal way; and of accelerating Israel’s conversion from a once-admired refuge for a persecuted people into a leper among nations.

Well I’m sold. Who wouldn’t be? But this is basically all boilerplate: everyone acknowledges that an Israeli attack on Iran would carry massive blowback. What’s more, Israel is only barely capable of carrying out such an attack since Iran’s facilities are at the far edge of the combat radius of its F-15 and F-16 jets. So why consider it? Here’s Goldberg’s summary:

Israeli policy makers do not necessarily believe that Iran, should it acquire a nuclear device, would immediately launch it by missile at Tel Aviv….The challenges posed by a nuclear Iran are more subtle than a direct attack, Netanyahu told me. “Several bad results would emanate from this single development. First, Iran’s militant proxies would be able to fire rockets and engage in other terror activities while enjoying a nuclear umbrella…..Second, this development would embolden Islamic militants far and wide, on many continents, who would believe that this is a providential sign, that this fanaticism is on the ultimate road to triumph.

“You’d create a great sea change in the balance of power in our area,” he went on. An Iran with nuclear weapons would also attempt to persuade Arab countries to avoid making peace with Israel, and it would spark a regional nuclear-arms race. “The Middle East is incendiary enough, but with a nuclear-arms race, it will become a tinderbox,” he said.

Other Israeli leaders believe that the mere threat of a nuclear attack by Iran—combined with the chronic menacing of Israel’s cities by the rocket forces of Hamas and Hezbollah—will progressively undermine the country’s ability to retain its most creative and productive citizens. Ehud Barak, the defense minister, told me that this is his great fear for Israel’s future….“Our young people can consciously decide to go other places,” if they dislike living under the threat of nuclear attack. “Our best youngsters could stay out of here by choice.”

I assume this is the best case they can make, and it’s pretty unconvincing. In fact, the only compelling part of it is the part that’s always been most compelling: that it might spark a nuclear proliferation nightmare. “If Iran gets a nuclear weapon,” Hillary Clinton declared a few months ago, “then other countries which feel threatened by Iran will say to themselves, ‘If Iran has a nuclear weapon, I better get one, too, in order to protect my people.’ Then you have a nuclear arms race in the region.” Saudi Arabia is usually touted as the most likely country to follow up, followed by Turkey.

This is what I was talking about when I said that I’d believe American attitudes toward foreign adventurism had changed only “when something actually happens overseas, a president tries to build support for intervention, and Congress and the public—including Joe Klein and me—balk.” But I’m not sure. Will Joe Klein and I — and most of the rest of the country — balk at this if and when the time comes? Probably. But I’d be less than honest if I said I knew for sure.