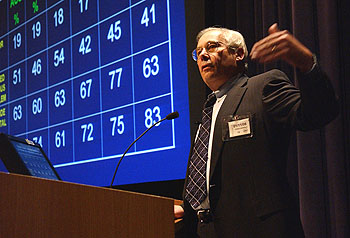 Jon Cohn thinks President Obama was right to make a recess appointment of Donald Berwick as head of the Centers for Medicare and Medicaid Services. But today he says that conservative Tevi Troy has a pretty good counterargument:

Being a confirmed appointee really makes a difference at the agencies, and it is worth taking some political hits to give your nominees that important blessing. Given the Democrats’ strong 58 seat majority in the Senate, Dr. Berwick could have gotten there if the White House had just let the process play out.

When I told Jonathan that I disagreed with him on this issue, he said that if the Republicans were willing to promise that they would not filibuster Dr. Berwick, then he would be willing to say that the White House was wrong to go this route. I disagree. Nobody, Republican or Democrat, could or should make that promise, as we can’t know what information the confirmation process will reveal. Furthermore, the Republicans had not filibustered or obstructed this nomination before the recess took place, largely because they wanted to have a chance to question Dr. Berwick on his controversial views.

I agree with this argument in theory.1 The problem I have with it is that it implicitly requires us all to pretend to be idiots who don’t pay attention to the actual way that actual politics works these days. Republicans haven’t filibustered Berwick yet? Of course not, but does anyone care to place cash money on them not doing it? Anyone? And Republican questioning of Berwick’s “controversial views”? We all know what this means: Berwick is a commie who has said nice things about Britain’s National Health Service. This is not exactly going to be the Lincoln-Douglas debates here.

Look: I still think Troy has a good argument. In theory. If a position is supposed to be confirmed by the Senate, then the Senate should be allowed to hold hearings. And maybe Obama should have sucked it up and let these hearings proceed. But the Republican Party has made it pretty clear that they’re only willing to hold real hearings and allow real votes on high profile nominees that the press and the public actually pay attention to: cabinet positions and Supreme Court nominees. They don’t want ordinary voters to realize what they’re up to, after all. Other nominees all fly under the media’s radar and have become the victims of routine obstructionism. I’m not quite sure why we’re all supposed to pretend we don’t know this.

1Except for the fact that I don’t think the head of CMS should be a Senate-confirmed position in the first place, of course. But let’s set that aside for the moment.