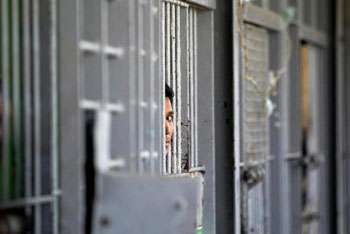 I don’t get people who downplay the sheer volume of consumer fraud that went on in the subprime mortgage market, and the fact that the market decided to reward this fraud. Take Household Finance in the early 2000s. Their aggressive lending practices where people would learn after the fact that they were mislead to how much their total monthly payments were (as well as many other problems) lead to successful settlements in Colorado, Georgia as well as a $484 million in fines joint settlement with a group of attorney generals, the largest consumer fraud settlement in U.S. history.

….So Household Finance has to pay the largest consumer fraud fines in history. I bet you think that the investment community and elite financial institutions wouldn’t look twice at it. Well, you’d be wrong. One month later Household was acquired by HSBC, the London financial giant, for $16.4 billion. The New York Times columnist Floyd Norris called this “the deal that fueled subprime.”

This, of course, is the difference between people and corporations. (Well, one of them, anyway.) For people, crimes are considered moral lapses. Even after you pay your penalty or serve your time, a person convicted of a crime is treated as less trustworthy, less employable, and less honorable than before.

But a corporation? Civil penalties are simply considered a cost of doing business. There’s no real moral valence to it at all. If the fine is small enough that the corporation is still profitable, then it’s all good. So HSBC might have lowered their price for Household Finance a smidge, but certainly nothing more than that.

This is an unusually stark example of the principal-agent problem at work: a civil fine mostly just hurts shareholders, who had nothing to do with the fraud in the first place and have very little real-world ability to stop it. Criminal charges hit the executives who do — and it’s one of the reasons that we probably ought to be a little more willing to pursue criminal charges against executives of companies that either knowingly commit fraud or negligently allow it. Perhaps HSBC would have been a wee bit more hesitant to buy Household Finance if they’d known that the culture of the place didn’t merely cut into earnings a bit, but might end up sending a few of the suits on mahogany row to prison for a couple of years? The conservatives I talk to seem to have a considerable confidence in the deterrent power of such things.