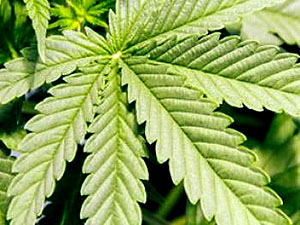 Mark Kleiman, clearly competing for killjoy of the year honors, explains why a California initiative to legalize marijuana won’t work:

The federal Controlled Substances Act makes it a felony to grow or sell cannabis. California can repeal its own marijuana laws, leaving enforcement to the feds. But it can’t legalize a federal felony. Therefore, any grower or seller paying California taxes on marijuana sales or filing pot-related California regulatory paperwork would be confessing, in writing, to multiple federal crimes. And that won’t happen.

True, Atty. Gen. Eric H. Holder Jr. has announced that the Justice Department will not prosecute people who are selling medical marijuana in compliance with California’s law. But that’s an entirely different matter….The feds can afford to take a laid-back attitude toward California’s medical marijuana trade because it’s unlikely to cause much of a trafficking problem in the rest of the country. Because dispensaries’ prices are just as high as those for black-market marijuana, there’s not much temptation to buy the “medical” sort in California and resell it out of state.

By contrast, the non-medical cannabis industry that would be allowed if Proposition 19 passed would quickly fuel a national illicit market….As a result, pot dealers nationwide — and from Canada, for that matter — would flock to California to stock up. There’s no way on earth the federal government is going to tolerate that. Instead, we’d see massive federal busts of California growers and retail dealers, no matter how legal their activity was under state law.

On his blog, Mark says, “I may vote for the proposition anyway, just as a protest against the current laws.” Me too. Besides, there’s really no telling what the feds will do until someone forces the issue. So why not force it? At the very least it has a chance to move the public opinion needle a bit. Besides, I think it would be entertaining to watch the tea partiers twist in the wind trying to figure out which is more important: (a) making sure the hippies don’t get their dope or (b) fighting the jackbooted tyranny of federal officers interfering with the sovereign Tenth Amendment right of states to police their own borders. Or something.

In any case, my guess is that Prop 19 will fail. It probably would regardless (it’s already behind 44%-48%), but Mark is right: opponents can make a pretty scary case that it would lead to California becoming the pot capital of the United States and fueling gang/mafia/DEA wars of all stripes. The ads sort of write themselves. Unfortunately, we’re probably still a few years away from having any chance of seriously discussing a sane marijuana policy. Even in California.