David Barboza writes in the New York Times today that labor costs are going up in China, and this is having an effect that will ripple throughout the world:

Coastal factories are raising salaries, local governments are hiking minimum wage standards and if China allows its currency, the renminbi, to appreciate against the U.S. dollar later this year, as many economists are predicting, the cost of manufacturing in China will almost certainly rise.

….“For a long time, China has been the anchor of global disinflation,” said Dong Tao, an economist at Credit Suisse, referring to how the two decade-long shift to manufacturing in China helped many global companies lower costs and prices. “But this may be the beginning of the end of an era.”

….Marshall W. Meyer, a China specialist at the Wharton School at the University of Pennsylvania, says demographic changes in China are reducing the supply of young workers entering the labor force, and that’s 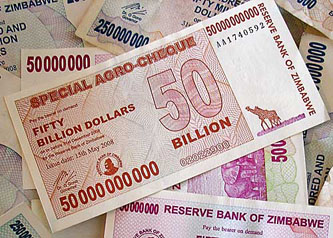 behind some of the wage pressure. “Demography will do what the Strategic & Economic Dialogue hasn’t: raise the cost of Chinese goods,” he said, referring to U.S.-China talks on Chinese currency reform and other economic issues. “There is no way out.”

This was a point that Alan Greenspan made several years ago. He argued, basically, that he had had an easier job as Fed chairman than his successors would because the rise of cheap products from China had kept global inflation low, and that in turn meant that he could keep monetary policy loose without worrying much that it would lead to inflation down the road. But that era, he said, was now over, and central bankers in the developed countries would have to start making difficult balancing decisions again. This is one of the reasons, in addition to soaring national deficits, that so many economists are worried about inflation even though there’s no sign of it in the current data.

Which leads us yet again to the same dilemma we’ve had for a long time: we ought to be spending our way out of the current recession, but there’s a lot of reluctance to do it because more spending now means it’s going to be even harder to cut spending in the future. And at some point in the future, inflation may become a serious threat yet again.

When will that happen? Nobody knows, but probably not for quite a few years. Costs in China will go up, but for a lot of goods that just means that manufacturing will move to India or Vietnam. The “China Effect” isn’t completely gone yet. And the experience of Japan suggests that U.S. deficits can get quite a bit higher than they are today before they start having an inflationary effect — something that the financial markets all seem to accept regardless of what Wall Street’s economists might say.

So we should be spending now. But we’re not because politicians and central bankers, who trusted the market far too much when housing prices were skyrocketing, suddenly don’t seem willing to trust the market at all when it says that inflation isn’t a near-term problem. As Paul Krugman says, “Lost Decade, Here We Come.”