On the 35th anniversary of the great white blockbuster, John Podhoretz has an essay blaming the unprecedented box-office success of “Jaws” for the rise of the lousy, disposable summer tent-pole movie. In his review of “Toy Story 3,” David Edelstein 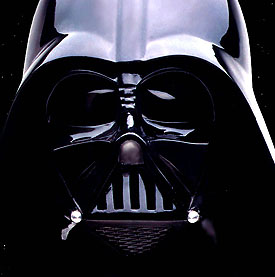 takes a different tack, arguing that if you want to trace Hollywood’s decline into dreck like “The A-Team” and the umpteen “Shrek” sequels, “the beginning of the end was ‘Star Wars,’ synthetic then as now, clever but never exhilarating, infinitely merchandisable.”

My father was a professor of film history and criticism (among other things), and he felt pretty much the same way. I remember asking him what he thought of Star Wars a few years after it came out, and after he made some negative comment or another I told him I thought it was a terrific film. He didn’t really agree, but he did say that his real problem wasn’t with Star Wars per se — which, after all, was something of an homage to the Buck Rogers serials of his youth — but with what Star Wars had done to movies. Everyone wanted to make the next Star Wars now, but too often that just meant simpleminded stories and lots of special effects and not much more.

You know what? An awful lot of the middlebrow blockbusters of the 1980s were really, really good. If you just look at the 15 years after Spielberg’s great white shark first terrorized bathers and moviegoers, the legacy of “Jaws” and “Stars Wars” includes the Indiana Jones saga, the “Back to the Future” trilogy, “Ghostbusters,” “Top Gun,” “Beverly Hills Cop,” “Alien” and “Aliens,” Tim Burton’s Batman movies, “Die Hard,” “The Hunt for Red October” and “E.T.,” among other entertainments. That’s a pretty impressive roster of popcorn movies.

….It’s only really in the 2000s, in fact, that sequel-itis, the comic-book obsession, and the corrupting influence of special-effects — as well the siphoning of highbrow talent to television networks — created a box-office landscape dominated by movies that (to quote Edelstein’s indictment) “cost hundreds of millions and are not so much made as microengineered.” (Of the 25 highest-grossing movies of the last decade, only “Avatar” and “Finding Nemo” weren’t based on pre-existing properties.) And blaming “Jaws” and “Star Wars” for creativity-killing trends that came to fruition 30 years later seems like an enormous stretch.

I think that’s pretty much right.  Star Wars was a different kind of blockbuster than, say, Ben Hur or Gone With the Wind, but blockbusters have always been with us. The difference now isn’t really related either to the rise of special effects or the popularity of science-fiction-inspired themes, it’s related to the fact that adults barely go to the movies anymore. Blockbusters today are geared almost exclusively to the 18-29 year old demographic, and that demo simply demands a different kind of movie. It’s a cohort that’s interested in video games, comic books, and plenty of adrenaline, and if that’s the audience for your product then those are the kinds of movies you’re going to produce. It has nothing to do with the success of Jaws or Star Wars.

There is, of course, always a chicken and egg problem here. Did adults abandon movies because movies got juvenile? Or did movies get juvenile because adults abanonded them? I’ve never come to a firm conclusion about this myself, but I suspect it’s more the latter. As a social experience — for dates, for hanging out with your friends, for getting out of the house — movies are as good as they’ve ever been. And that’s a big part of what kids want out of their pastimes. But adults? They mostly just want to relax with a bit of good entertainment, and they have a whole lot of other options for that these days. Options that, from an adult point of view, are generally superior.

So that leaves kids as the primary audience for movies, and moviemakers have responded by making movies for kids. That’s too bad for the dwindling number of us who are over 30 but still like going to movies, but I don’t blame George Lucas for that. I blame him for Howard the Duck and the second Star Wars trilogy, but not for Transformers II.