Pretty much everyone agrees that it doesn’t make a lot of sense to regulate greenhouse gases using the Clean Air Act. The mechanisms in the CAA just don’t fit the problem very well. Still, it’s better than nothing, and there’s long been 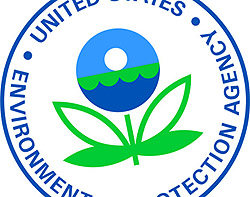 an implicit threat from the Obama administration that if Congress doesn’t pass a climate bill then the EPA will step in and do the job for them. Today, they ratcheted up the pressure:

The Environmental Protection Agency announced Thursday it is finalizing a rule aimed at curbing greenhouse gas emissions from the largest emitters in the United States….The new rule will cover 67 percent of the greenhouse gas emissions from stationary sources such as power plants and oil refineries, EPA estimates, and in its first year will translate into 900 permits for both new sources and modifications to existing sources of global warming pollution.

The EPA’s rule will apply to new sources that emit 100,000 tons of carbon dioxide per year and to existing sources that make changes that would increase their emissions by 75,000 tons per year. Brad Plumer explains what that means:

That standard will apply to only about 5501 big polluters in the entire country….Those plants will have to employ the best available control technology — although no one knows yet what that means. Becoming more efficient? Co-firing biomass? Switching to natural gas?

So a couple of things are happening here. One, it’s now going to be very tough for new coal-fired power plants to get built in the United States. Given that those plants are a major source of carbon pollution, that’s a significant step. Second, the EPA’s clearly pressing ahead with its own regulations — and that might give the Senate the kick it needs to pass a climate bill. But the agency’s also being cautious and moving very deliberately on this stuff—indeed, it’s backing off from it’s previously planned 25,000-ton threshold. No doubt Lisa Jackson’s trying to avoid a hostile reception from senators like Lisa Murkowski, who has been insisting that EPA rules would throttle the economy and has threatened to pass a bill stripping the agency of its carbon authority. There’s a fine line the EPA has to walk here.

This continues to be the big wild card on the climate front. By any ordinary measure, climate legislation looks to have a bleak future in Congress. It just flat doesn’t have the votes. But if the Obama administration demonstrates that it’s dead serious about letting the EPA dragon out of its lair — and so far it hasn’t backed off — it’s entirely possible that John Kerry and Joe Lieberman (and Lindsey Graham if he gets over his huff) might be able to scare a few Republican senators into viewing their climate bill as the lesser of two evils. I’m not sure if it’s enough in an election year, but it’s at least potentially a game changer.

1Wait a second, you say. Is it 900 new permits or 550 big polluters? Or does that end up being the same thing? Here’s what the EPA itself says:

Under the new emissions thresholds for GHGs that begin in July 2011, EPA estimates approximately 900 additional permitting actions covering new sources and modifications to existing sources would be subject to review each year. In addition, 550 sources will need to obtain operating permits for the first time because of their GHG emissions.

I’m not sure exactly what this means. But it sounds to me like the 900 number applies to plants that are already covered by the CAA for other pollutants and will now need carbon dioxide permitting too, while the 450 number applies to plants that emit lots of carbon dioxide but haven’t previously been covered by the CAA because they don’t emit other pollutants. So the real number is 1,450 new permits for various sources. More later if I learn different.