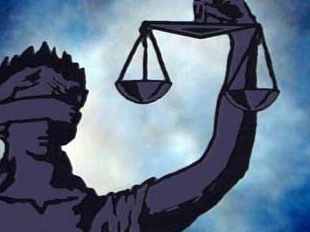 poor or African American or gay or disabled or old — and that’s the criteria by which I’ll be selecting my judges.”

….Last week, the president offered a more populist spin, saying he wants a nominee who “knows that in a democracy, powerful interests must not be allowed to drown out the voices of ordinary citizens.” The Associated Press calls this a “fight-for-the-little-guy sensibility.” According to Obama and countless other liberals, this sort of compassion in the law is “pragmatic” because it pays heed to the real world and real people as opposed to legalistic abstractions such as impartial justice.

….The empathy-for-the-little-guy standard is simply a Trojan horse for an approach just as abstract as any endorsed by the right. In fact, I would say it’s more abstract because at least there’s a text conservatives invoke — the Constitution — rather than the indefinable feeling of “empathy.”

I’m not the biggest fan in the world of arguments about the genius of conservative “framing,” but I have to say that this is one case in which their framing truly has a touch of it. Everyone with a pulse knows exactly who conservatives want running our courts: judges who are pro-business and oppose abortion. But even though this is so plain that it’s not even controversial to say so, they’ll never admit it. They just want whatever the founders wanted. Balls and strikes. Interpret the law, don’t create it. Etc.

Which is genius, for sure. And if their version of originalism just happens to favor corporate interests and traditional values 90% of the time? Just a big ‘ol coincidence, my friend. The text is the text.

It’s a bald enough strategy that you really wouldn’t think it had much chance of working outside the true believer base. After all, trying to divine the original intent of the founders is at least as difficult and as fraught with problems of interpretation as any other judicial philosophy. More so, I’d say, since the historical record is patchy and difficult, and trying to apply 18th century values to 21st century society is as thorny a problem as you could imagine. And yet, work it has. They’ve somehow convinced the chattering classes that judicial impartiality is a conservative value, the same way that they hijacked patriotism several decades ago and associated it with unswerving support for big military budgets and foreign wars.

But you know what? Sometimes impartial justice really is on the side of the little guy. At least half the time, you’d think. In fact, that’s as good a yardstick as any: I’d be fine with a judge who, over the years, ruled against corporate interests half the time. Can conservatives say the same?