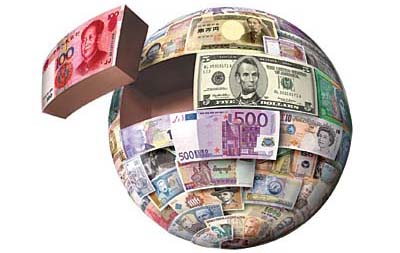 possibly the most boring sounding topic of all time; the talks all happen behind closed doors; and it’s supremely important.

A higher capital standard is sort of like requiring a higher down payment on a house: not only does it mean you’re borrowing less, but it also means you have a bigger equity cushion in case the value of the house drops. It makes it harder to overextend yourself on a house you can’t afford and it means you won’t be wiped out by a small drop in the house’s value. In a nutshell, this is what we want to do to banks: force them to buy less house and maintain better reserves against the possibility of disaster. It will make them less profitable, but it will also make them safer.

Now, we’ve been through all this before. The original Basel standards for capital adequacy were OK but not great. But the Basel II standards were a disaster. Partly this was because every country has different financial customs and different sectors where it’s stronger or weaker, and every country wanted to protect both its own customs and its own strongest sectors. The result was lots of flexibility. Too much flexibility.

But that was then. After a global financial meltdown we’re all going to suck it up and get serious, right? Guess again:

Countries involved in the negotiations agree banks should maintain larger capital reserves, but disagree on key details, including definitions of core terms. Officials are instead moving to protect the interests of their own banking industries while penalizing others elsewhere.

….In the talks, some U.S. government officials are fighting what they view as an anti-American proposal that would prevent banks from counting as part of their capital cushion a specific type of security favored by U.S. banks known as a trust-preferred security.

Several other governments are pushing to change the way tax credits are counted as capital, amid arguments that the rules help banks in certain countries but hurt others. French officials are lobbying against rules that could force some of their banks to divest themselves of insurance subsidiaries or face major blows to their capital. The Japanese are also opposed to elements of the new rules.

Meanwhile, U.K. and U.S. officials have clashed over British attempts to require foreign banks to stash more cash in their U.K. subsidiaries. A top official with the U.K.’s Financial Services Authority, Britain’s top regulator, says the policy is a response to the U.K. getting burned by the collapse of Lehman Brothers, which taught the agency “to be cautious about relying on other regulators.”

Yuck. This is a big part of what made Basel II so toothless. But it’s important stuff, because it’s one of the keys to a safer banking sector. The United States can, if we want, implement tough rules on our own — and I think we should — but banks are too globally interconnected to make this the best solution. A safe American banking sector doesn’t do anyone much good if the riskiest practices just move to Frankfurt or Tokyo. So boring or not, keep your eyes on this.