Yesterday I suggested that credit default swaps might make financial markets inherently less stable. If a bond issuer defaults on, say, a $10 million bond, the 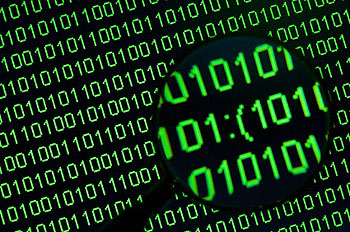 buyer of the bond is out $10 million. However, if a hundred people buy CDS protection on that bond, then when the bond defaults the sellers of CDS are out $1 billion. A $10 million event has turned into a $1 billion event. During an economic contraction, when there are lots of defaults, this has the potential to spark a full scale panic.

But is this a real problem? It’s obviously not a problem for the buyers of CDS, who all make a bunch of money in the event of a default. But the sellers are a different story. During the financial bust of 2008, AIG, which had sold billions of dollars worth of CDS protection that it couldn’t pay off, went kablooey and had to be bailed out by taxpayers. That’s a problem.

Felix Salmon, responding to yesterday’s post, notes that following the meltdown of 2008, “there isn’t a company in the world — not even Berkshire Hathaway — which can write CDS protection without having to put up collateral.” And if new regulations put CDS on open, tradable exchanges, that will make collateral requirements even more standard. That’s all good. Then he says this:

But the most important thing to note is that the true villain here is not CDS so much as it is leverage. If I buy a bond and it goes to zero, I lose money, but there are few systemic consequences. If I’m a leveraged institution, however, and I bought that bond with borrowed money, then the consequences can be dire. Writing CDS protection is essentially the same as buying a bond, and writing CDS protection while putting no money down — as AIG did — is just as dangerous as buying a bond on zero margin.

….Sensible CDS regulation can and should, then, put tight limits on how much leverage a net seller of credit protection can be allowed to have. And by all means, if you want to keep things symmetrical, apply the same limits on how much leverage a bond investor can be allowed to have. But the CDS market is more dangerous, just because it’s so much bigger.

Felix, you had me at “leverage”! But now I have two more questions. First, how likely is it that tight leverage limits will be placed on sellers of CDS? Right now, market discipline is taking care of things, but as memories of 2008 fade that won’t be enough. And I don’t think leverage limits on CDS sellers are part of either the House or Senate reform bill, are they?

Second, one of the benefits of the CDS market is that it provides liquidity and price discovery. As Felix says, “The CDS market worked, during the crisis, even as the market in corporate bonds failed: bonds weren’t pricing, and CDS were….People will invest in bonds if they believe they can exit their positions when they want. And the existence of CDS makes exiting a bond position much easier than it ever used to be — which in turn makes the bond market much more efficient. If you banned CDS, the price of credit would surely rise.”

But to a large extent, the superior liquidity and price discovery of the CDS market is attributable to its greater size, which in turn is attributable to leverage. If you tightly limit leverage, don’t you also constrain the size of the CDS market? And if you do that, will it still provide any noticeable liquidity benefits compared to the market in the underlying securities themselves?

So I’m still on the fence about this. However, for a more full-throated takedown of the CDS market, see the full-throated Dean Baker here. He doesn’t believe it’s likely that the CDS market will ever be properly regulated, and even if it is he doubts that the benefits of CDS outweigh their risks. And that’s not even to mention the role of CDS in the great synthetic CDO debacle. What kind of regulation would it take to put a permanent end to that?