In the middle of a rant about healthcare reform and the compromise over the Cadillac tax, one of Andrew Sullivan’s readers says this:

The idea that public employees make less than those in the private sector is a myth that needs to die. Most already have cadillac plans and in most places their salaries are ahead of private workers whose taxes go pay for their income. 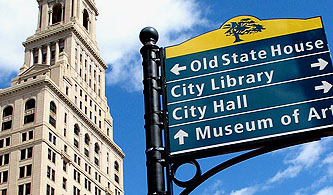 I’m genuinely curious about this. I think my sense of the situation is probably a common one: 30 or 40 years ago, public sectors employees worked under an implicit deal: the pay wasn’t too great, but they made up for it with job security, good benefits, and a nice pension plan. This was widely accepted by both workers and taxpayers as a reasonable trade. Today, though, that deal has changed: now public sector workers get paid as much or more than comparable private sector workers and they have job security, good benefits, and spectacular pensions.

But is this actually true? In the upper reaches of management, it obviously isn’t. Mid-level and executive level managers often make half as much as comparable private sector managers. (Or less.) And although rich pension deals make headlines, it’s not clear how widespread they really are.

More generally, though: do ordinary workers (clerks, school teachers, construction workers, etc.) make as much as their private sector counterparts? Or more? And where could we go to find out? William Voegeli tried to make the case that California public workers were overpaid in City Journal earlier this year, but his piece was notable for its almost complete lack of actual evidence on this score.1 Likewise, there are probably a bunch of left-leaning think tanks that would assure me public sector workers still labor under the jackboot of imminent poverty, but who knows if they’re providing the whole story either?

This is a hard question to answer. How do you make sure you’re really looking at comparable jobs? How do you value different benefits packages? How do you adjust for things like age, experience level, and regional cost of living differences? Has public sector comp gone up faster than inflation, or merely faster than more stagnant private sector median wages? Has anyone taken a broad, reasonably rigorous look at this? I’d sure be interested if someone has.

1In fairness, he was writing broadly about the quality of state services. Compensation levels were just one part of his argument.