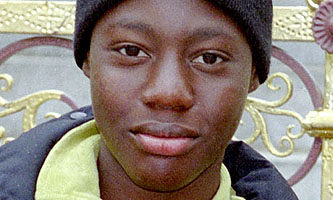 I’ve been waiting for someone smarter than me to make this point. So here’s Spencer Ackerman on the Christmas bomber:

Abdulmutallab’s father told embassy officials in Abuja that he didn’t know where his son was, but might be in Yemen. The CIA had that information. NSA has information that a Nigerian might be used for an attack sponsored by al-Qaeda in the Arabian Peninsula. If all of this had gone into the [National Counterterrorism Center], would someone have put two and two together — setting off the process for pulling Abdulmutallab’s visa or putting him on the no-fly? Maybe. And the rationale for the all-source, multi-agency NCTC is all about intelligence sharing. But remember: the inputs are that the guy’s dad says he’s dangerous; he’s Nigerian; he might be in Yemen; and al-Qaeda in Yemen may be looking to use a Nigerian in a forthcoming attack. Is that really enough?

The answer to that question most certainly requires a policy decision, not an intelligence decision. The intelligence community is drinking from a fire hose of data, a lot of it much more specific than what was acquired on Abdulmutallab. If policymakers decide that these thin reeds will be the standard for stopping someone from entering the United States, then they need to change the process to enshrine that in the no-fly system. But it will make it much harder for people who aren’t threatening to enter, a move that will ripple out to effect diplomacy, security relationships (good luck entering the U.S. for a military-to-military contact program if, say, you’re a member of the Sunni Awakening in Iraq, since you had contacts with known extremists), international business and trade, and so on. Are we prepared for that?

In retrospect, terrorism dots always look easy to connect, but people rarely think about all the other similar dots. If the information we had on Abdulmutallab should have been enough to keep him off the flight to Detroit, then we’re also saying that that’s the level of information that should be sufficient to keep anyone off a flight to Detroit. Is that what we want?

Maybe. But it’s far from obvious after just a cursory glance. Public pressure is invaluable to keep the federal government honest, but it can also become a myopic feeding frenzy. The intelligence community plainly needs to account for itself here, and upon investigation we might decide that there really was a systemic breakdown. But it’s way too early to say that with any confidence.