I am — how to put this delicately? — skeptical of Congress’s ability to stand up to the world-spanning tentacles of the finance lobby and actually enact serious banking reform.  Thanks to the lobby, the simplest, most robust ways of reforming Wall Street were never even on the table in the first place, and the reform bills now grinding their way through 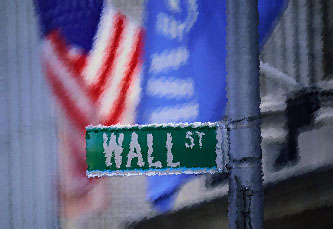 Congress are already complex enough that most bankers will have little trouble eventually figuring out a way to worm their way around them.

But Noam Scheiber reports today that maybe the lobby is about to lose a battle.  Barney Frank’s draft legislation to force all derivatives to be traded on a public exchange originally included an exemption for “end users” — that is, ordinary corporations that simply want to hedge the price of oil or pork bellies or whatnot:

But independent experts who studied the measure came to a different conclusion: that it could exempt between 60 and 80 percent of the standardized market because of its vague wording, including many firms who were speculating rather than simply hedging risk….Which, as it happens, was precisely the idea. Though the end users arguably had a legitimate gripe, the banks had long viewed them as a means to deflect additional regulation. “The original plan on derivatives was basically pushed by the industry,” says one bank lobbyist. “What they wanted was, ‘Hey, let’s get the dopey end users to go out and be the face of reform. We don’t have the credibility.’” This lobbyist says the banks helped organize a group called the Coalition for Derivatives End Users, which weighed in with Congress in favor of a robust end-user exemption.

….But a funny thing happened on the way to securing the loophole: A confederation of consumer and investor groups, labor unions, environmental activists and a progressive organization called Americans for Financial Reform (AFR) started raising hackles of their own. In several meetings with Frank, these groups stressed that the exemption was too porous, and that it wasn’t just an obscure, technical issue of interest only to banks, regulators, and lobbyists.

….By early this month, the pressure from [CFTC chairman Chairman Gary Gensler] and the progressive groups had the desired effect. Though Frank believed their concerns were somewhat overblown, he pronounced himself open to tightening the language to make sure the bill didn’t give speculators a pass. “Barney likes to say redundancy is your friend,” says one financial services committee staffer. “If people have concerns, we’ll tighten up the language…hedging done by corporations is what we’re looking to protect.”

To be honest, this seems like only the tiniest ray of sunshine to me.  The derivatives legislation is important, but it’s never really struck me as the core of financial reform, and the end-user loophole was so obvious that it’s frankly hard to believe it was there in the first place.  Getting rid of it just means that the financial lobby failed in a longshot effort, not that it failed on any point of truly central concern.