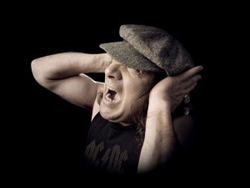 Disagreements about healthcare policy or cap-and-trade emission auctioning are all well and good, but if we’re going to yell at each other about something, shouldn’t we yell about TV ads that yell back at us?  Over at his blog, Berin Szoka provides a libertarian laundry list of reasons why the government shouldn’t enact rules that regulate the audio volume of TV commercials.  Here’s one of them:

I understand that most users probably do wish that commercials probably weren’t so loud. But, this very fact, combined with the ease with which users can now skip all commercials (36% of U.S. homes have a DVR), creates a pretty powerful incentive for the TV industry to self-regulate the volume level of advertising. “Noisy or strident” advertising is just another example of the “tragedy of the commons” at work: Absent any rules, every individual advertiser has an incentive to jack up the volume in order to attract attention, and doing so will probably work up to a certain point of increased annoyance by the user. But collectively, such ads hurt all advertisers because they increase ad blindness, ad deafness, and/or outright commercial skipping.

The same dynamic plays out on the Internet, where flashing, blinking, bouncing, strobing dancing ads really drive users nuts and make them turn to tools like AdBlock Plus and Flashblock — which is why ad networks like Google have policies that implement their own “time, place and manner” rules out of pure self-interest. Such rules are useful and valuable. They benefit advertisers, consumers and the ad network alike, because there exists a basic harmony of interests between them: annoying ads don’t really benefit anyone in the long-term.  Do we really want government bureaucrats making these decisions instead?

Yes.  Yes I do.  You see, blaring TV commercials have been an obvious and fixable problem for several decades and no “basic harmony of interests” has yet manifested itself.1  This suggests to me that it never will unless the industry is pressured into doing it.  Plus there’s this: the industry has been promising to enact voluntary standards off and on for years, but oddly enough, they never seem to make any progress unless Congress starts making threatening noises about doing it for them.  Since I expect this state of affairs to last approximately forever, I would be delighted to see Congress call their bluff and just pass a bill setting out some reasonable standards.

This comes via Peter Suderman, who agrees with Szoka and is therefore now my sworn enemy.2  Nothing personal, of course, just business.  However, I did learn something new from him.  Namely that “there are various technological solutions from companies like Dolby and SRS that help keep TV volumes on a more even keel.”  Really?  I didn’t know that.  But click the links and judge for yourself.  This technology doesn’t appear to be very widespread yet, and I suspect that managing volume at the source is a better approach anyway (especially since the most annoying ads are deliberately engineered to be annoying).  Still, it’s better than nothing since neither the industry nor Congress has made much progress over the years.

But does it work?  Does anyone out there have one of these wonder devices?  What’s the skinny?

1A shortcoming, by the way, that’s made worse by the artistic decisions of certain shows.  The worst for me is 24, which I have to crank up in order to hear the hoarse stage whisper that Kiefer Sutherland affects in his Jack Bauer role.  The ads are loud even at the best of times, but they’re really loud when you’ve already turned up the volume just to hear the show itself.

2This is an issue, like the Do Not Call registry, that transcends politics.  I don’t really care whether volume regulations are liberal or conservative or trample the Bill of Rights or whatever.  I just want the noise to stop.  If it takes jackboots to stop it, then so be it.