I’ve been mulling this over ever since I first read it.  It’s from a story about Barney Frank’s decision to jettison one part of Obama’s plan for a new Consumer Financial Protection Agency: 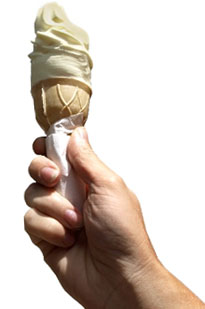 That proposal set off criticism by Democrats and Republicans, some with close ties to the banking industry, that it was the first step toward having government bureaucrats approve and disapprove an array of products.

The more I mull, the more pissed off I get.  Yes, this would be a very direct government intrusion into the financial market, but that’s the whole point.  That’s exactly why it might actually work and exactly why politicians “with close ties to the banking industry” don’t like it.

Look: the finance lobby would prefer that this bill — and especially the CFPA — simply go away.  Failing that, they’d like the CFPA’s writ to be so circumscribed and its rules so intricately written that they can figure out easy ways to ignore it.  As we know all too well, they’re pretty good at that.  The only way to keep this from happening is to write some very plain, very clear regulations that simply can’t be evaded.

And why shouldn’t we?  Forty years ago Congress passed the Truth in Lending Act which, among many other things, limited consumer liability for stolen credit cards to $50.  That was a pretty direct intrusion into the financial market, but it worked: it was a plain and simple requirement with no wiggle room and no loopholes.  If you offer credit cards to consumers, you’re responsible for all losses above $50.  And guess what?  The credit card industry seems to have done pretty well for itself despite having the TILA jackboot on its throat all this time.  And consumers have been saved billions of dollars.

(Plus there’s this bonus: because banks are responsible for losses over $50, they’ve put a ton of time and energy into figuring out how to limit losses.  They make sure their customers have fast and easy access to 800 numbers to report stolen cards.  They have sophisticated transaction monitoring software and they call you proactively if they see spending patterns that suggest fraud.  They have reward programs for merchants who confiscate cards.  Etc.  Do you think they would have done any of this if you were on the hook for bogus charges?  Nope.  Instead, they would have spent the past four decades claiming that stuff like this simply wasn’t economically feasible and consumers needed to be more careful with their credit cards.)

The “plain vanilla” requirement would accomplish something the financial industry hates: it would make it easy for consumers to compare products.  Even if you’re planning to buy something non-vanilla, the price of the vanilla product provides a baseline that makes it easier to compare companies to each other and easier to see exactly how much you’re paying (and what extra terms you’re agreeing to) for the more complex products.  That’s good for consumers.

And it’s something we wouldn’t have been afraid to insist on 40 years ago.  So why are we now?  Felix Salmon answers: “There’s no good reason for this capitulation, except for the financial lobby has so effectively captured Congress that no reform would be able to get through with such a common-sense provision in place….I fear that by the time Congress is done, the Consumer Financial Protection Agency won’t be able to protect consumers at all — and that’s assuming it’ll even exist.”

UPDATE: A eulogy here from Rortybomb.  Worth a quick read.