One of the regulatory proposals made by Barack Obama’s financial team would prevent loan originators from making crappy loans and then immediately selling them off. 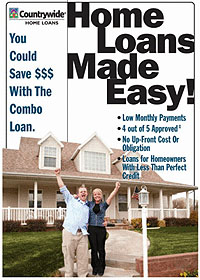 Instead, in an effort to make them pay more attention to the quality of their loans, they’d have to retain at least 5% of the risk of the loans on their own books.

I was skeptical about this when I first heard about it, but that was largely because I thought the 5% requirement applied to the banks who buy and securitize the loans, not the originators themselves.  Via Tim Fernholz, though, I see that that isn’t true.  Here’s what the administration white paper says:

The federal banking agencies should promulgate regulations that require loan originators or sponsors to retain five percent of the credit risk of securitized exposures. The regulations should prohibit the originator from directly or indirectly hedging or otherwise transferring the risk it is required to retain under these regulations.

….The federal banking agencies should have authority to specify the permissible forms of required risk retention (for example, first loss position or pro rata vertical slice) and the minimum duration of the required risk retention….The agencies should also have authority to apply the requirements to securitization sponsors rather than loan originators in order to achieve the appropriate alignment of incentives contemplated by this proposal.

The devil is in the details (what forms of risk retention will be required?), and I’d still prefer to see a higher number than 5%.  I’m also a little taken aback by the final sentence of the proposal, which explicitly allows regulators to apply the rule to securitizers rather than loan originators.  This is the kind of thing that looks harmless during ordinary times but becomes a gigantic loophole in the hands of pliant regulators when the economic mood swings into bubble mode.

Still, this regulation, along with the proposed new Consumer Financial Protection Agency, could go a long way toward cleaning up the mortgage market if Congress puts some teeth in it.  At the very least, it’s a little better than I thought it was.