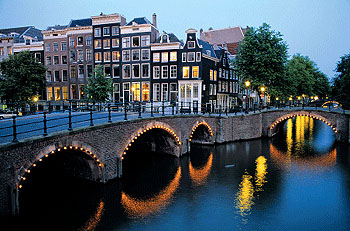 So what does Russell Shorto think of Dutch healthcare after spending 18 months in Amsterdam?

My nonscientific analysis — culled from my own experience and that of other expats whom I’ve badgered — translates into a clear endorsement. My friend Colin Campbell, an American writer, has been in the Netherlands for four years with his wife and their two children. “Over the course of four years, four human beings end up going to a lot of different doctors,” he said. “The amazing thing is that virtually every experience has been more pleasant than in the U.S. There you have the bureaucracy, the endless forms, the fear of malpractice suits. Here you just go in and see your doctor. It shows that it doesn’t have to be complicated. I wish every single U.S. congressman could come to Amsterdam and live here for a while and see what happens medically.”

Amen to that.  But there’s also this:

One downside of a collectivist society, of which the Dutch themselves complain, is that people tend to become slaves to consensus and conformity. I asked a management consultant and a longtime American expat, Buford Alexander, former director of McKinsey & Company in the Netherlands, for his thoughts on this. “If you tell a Dutch person you’re going to raise his taxes by 500 euros and that it will go to help the poor, he’ll say O.K.,” he said. “But if you say he’s going to get a 500-euro tax cut, with the idea that he will give it to the poor, he won’t do it. The Dutch don’t do such things on their own. They believe they should be handled by the system. To an American, that’s a lack of individual initiative.”

I actually ran into that once myself.  Back in my marketing days, I was once in charge of a product launch that, among other things, included a contest for the salesperson who sold the greatest amount of our new gift to the high-tech world.  Pretty standard stuff.  So I went on the road for a couple of weeks presenting the new product to our distributors in the U.S. and Europe, and everything went basically as expected until I got to the Netherlands.  They didn’t like the contest.  Why?  Because it singled out a single individual who did especially well, and this was unfair since sales was a team effort.  They wanted a contest that rewarded whichever group sold the most stuff.  And they were pretty serious about this.  They really, really didn’t like the idea of a single person being held up as an individual success.

I’ve always remembered this as a good example of how ingrained our own cultural predilictions are.  At the time this happened I’d been dealing with European distributors and resellers for over a decade, so I was already pretty familiar with the various cultural differences in how sales teams worked.  But this one came out of nowhere.  It never occurred to me for even a second that anyone would object to a sales contest.  Why, it’s as American as apple pie!  Which, it turned out, was exactly true.

On the other hand, no one else had a problem with it.  Only the Dutch.  And it still strikes me as an odd attitude.  But they run a pretty nice country over there, so I guess it works pretty well for them.