There’s one problem with a special prosecutor: it’s not his job to expose wrongdoing. A special prosecutor does dig up facts — but only in order to prosecute a possible crime. His mission is not to shine light on misdeeds, unless it is part of a prosecution. In many cases, a prosecutor’s investigation does not produce any prosecutions. Sometimes, it leads only to a limited prosecution.

That’s what happened with Patrick Fitzgerald. He could not share with the public all that he had discovered about the involvement of Bush, Cheney, Karl Rove, and other officials in the CIA leak case. Under the rules governing federal criminal investigations, he was permitted to disclose only information and evidence that was directly related and needed for the indictment and prosecution of Libby. Everything else he had unearthed via subpoenas and grand jury interviews had to remain secret. 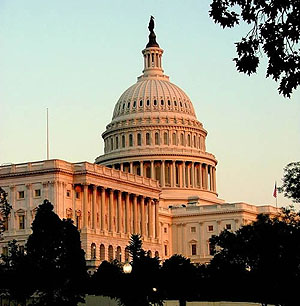 Repeatedly, Fitzgerald said that his hands were tied on this point. A special prosecutor, it turns out, is a rather imperfect vehicle for revealing the full truth.

David also says that lawyers he’s talked to suggest that prosecutions would be difficult, which could leave us in the worst of all possible worlds: a long, drawn-out investigation that, in the end, produces not even a report or a set of indictment, let alone convictions.  No one would be satisfied.

David suggests an independent commission of some kind as the best way forward, and I’m tentatively inclined to agree.  Unfortunately, President Obama seems distinctly non-thrilled by the idea, and I doubt that Congress is especially eager to move forward either.  Porter Goss’s op-ed last Friday in the Washington Post, where he insisted that both Democratic and Republican members of Congress knew what the CIA was doing and didn’t object to it, may have been disingenuous in places, but I wouldn’t be surprised if he’s right about his essential point — or at least, close enough to right to make a genuinely independent commission as frightening a prospect for Dems as it is for the GOP.  It’s probably the right thing to do, but if Obama’s opposed and Republicans are opposed and Democrats are mostly running for cover, who’s going to make it happen?

There’s always the Senate Intelligence Committee, of course, but I wouldn’t hold my breath that they’re going to produce anything definitive.  Washington is hunkering down and hoping that this will all blow over as soon as the next crisis of the moment hits the front pages.  Unfortunately, they’re probably right.