Yesterday Citigroup announced that it had been profitable in January and February and the stock market rejoiced.  Citigroup shares jumped 50%.  But how about their bonds, probably a better measure of what the market really thinks of Citi’s chances of surviving?  Answer: not so good.

U.S. bank debt has lost 7.8 percent and yields have jumped to record levels compared with benchmark rates in the past month….The concern among debt holders is reflected in Citigroup’s $789 million outstanding in 7.25 percent subordinated notes due in October 2010, which fell 7 cents today to 70 cents on the dollar and have lost 23.7 cents in the past three weeks. 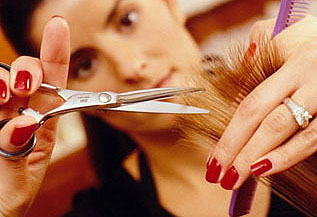 Italics mine.  70 cents on the dollar, eh?  Basically, this means that Vikram Pandit’s cheery memos notwithstanding, the market already figures that either (a) Citi will eventually be forced into some kind of debt-for-equity swap that will slash the value of their claims, or (b) the government will nationalize Citigroup and then decide not to pay off bondholders at par.  This is bad for current bondholders, but Felix Salmon thinks low bond prices will eventually attract the bottom feeders:

Increasingly they’re going to start representing significant potential gains for people who are buying at today’s levels and hoping to be paid off at par — paid off, that is, essentially by taxpayers. Since those people can be broadly characterized as hedge-fund managers, one can foresee a lot of Congressional pushback if a large number of hedgies start pulling in tens of millions of dollars just by playing the moral hazard trade. Or, to put it another way, it’s a lot easier to impose a haircut when a haircut is priced in than when it isn’t.

Right.  If hedge funds start buying up Citi’s bonds at 70 cents on the dollar, hoping that eventually the bank will be nationalized and its obligations guaranteed by the U.S. government, they’ve probably got another thing coming.  It’s one thing to pay off bondholders who invested years ago in good faith, but quite another to pay off speculators hoping to cash in on a taxpayer bailout.

Still, it’s tricky.  After all, how do you tell the speculators apart from the other creditors?  You can’t.  So either everyone gets a haircut or no one does.  And if everyone does, nobody quite knows what will happen.  Bottom line: buying Citi bonds at current prices might be a good deal, but only if you have nerves of steel.  Their future is murky indeed.