The Washington Post has a big front-page story today about a sudden spike in fraudulent FHA loan activity.  Here’s the nut:

With the surge in new [FHA] loans, however, comes a new threat. Many borrowers are defaulting as quickly as they take out the loans…. 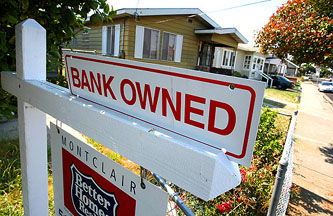 Many industry experts attribute the jump in these instant defaults to factors that include the weak economy, lax scrutiny of prospective borrowers and most notably, foul play among unscrupulous lenders looking to make a quick buck.

If a loan “is going into default immediately, it clearly suggests impropriety and fraudulent activity,” said Kenneth Donohue, the inspector general of the Department of Housing and Urban Development, which includes the FHA.

….More than 9,200 of the loans insured by the FHA in the past two years have gone into default after no or only one payment, according to the Post analysis. The pace of these instant defaults has tripled in one year. By last fall, more than two dozen FHA home loans on average were defaulting this way every day, seven days a week.

So is fraudulent activity up?  That’s hard to say because the Post story goes to considerable lengths to leave out the one obvious stat that would tell us: how many loans is the FHA insuring in the first place?  Here’s the answer, according to figures compiled by MortgageDataWeb: there were roughly 500,000 FHA loans originated in 2007 compared to 1.4 million in 2008.

Now, there’s nothing wrong with running this story anyway.  If FHA loans are up, it makes sense that oversight staff should be up too, and apparently it’s not.  That’s a problem, so good for the Post for bringing this up.

At the same time, the Post also tries very hard to make it sound like the increase in fraudulent activity is fundamentally due to a sudden onslaught of shifty mortgage brokers and lousy supervision from the government.  But that’s almost certainly not really the case, something that would be immediately apparent if the Post included the one figure that practically screams its absence.  In fact, this statistic is such an obvious one to include that it’s hard not to believe that it was included in early drafts of this piece and then removed in order to juice up their story.

That’s journalistic malpractice.  Unless the Post reporters who wrote this piece are incompetent, leaving out this basic information was a deliberate effort to hype their reporting and mislead their readers.  That’s no way to run a newspaper.