CHUTZPAH WATCH….Everyone in America is justly outraged at the $18 billion in bonuses handed out to gazillionaire bankers last year. Not to mention $35,000 commodes and $50 million corporate jets. But if you want to see some real chutzpah in action, cast your eyes across the Atlantic to our friends at Lloyds Bank. 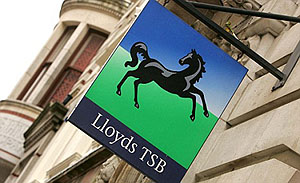 In September, Lloyds acquired troubled banking giant HBOS, and a month later became troubled itself, accepting a £20 billion bailout from the government in return for a 44% equity stake.

So what happened next? Top execs immediately started making a case that they deserved a pay raise:

Advisers to the recently created Lloyds Banking Group are thought to have argued to shareholders that pay rises were warranted because the new bank was considerably larger as a result of the takeover of HBOS in a deal brokered by Gordon Brown last September at the height of the banking crisis.

One shareholder said: “It was not the best time to bring forward a plan where the potential rewards looked quite big.”

In the face of shareholder reticence, Lloyds withdrew the plan and has not awarded pay rises for its directors.

But a fund manager said he still expected the bank to return with a new scheme, “but a little less generous”.

It’s also a good case study of how corporate executives think these days, justifying their ever skyrocketing pay packages on the grounds that they’re running bigger, more profitable companies than ever. But that’s ridiculous. Running a big company requires different skills than running a small one, but economies of scale kick in pretty quickly. Running a $20 billion or a $50 billion corporation isn’t really any harder than running a $10 billion company. And in most cases, the fact that corporate profits are up over the past three decades has everything to do with structural changes in the economy and just about nothing to do with brilliant executive management.

As for the financial industry, the long-term answer to their absurd pay packages is to figure out why the finance industry is so profitable. It shouldn’t be. Especially now, it should be a cutthroat business with tiny margins, vanishing arbitrage opportunities, and competition ready to underbid you at every opportunity. So why — the past 12 months excepted — isn’t it? Why hasn’t increasing competition wrung the profits out of the industry? If we figure that out and fix it, gigantic Wall Street pay packages will become a thing of the past for good.