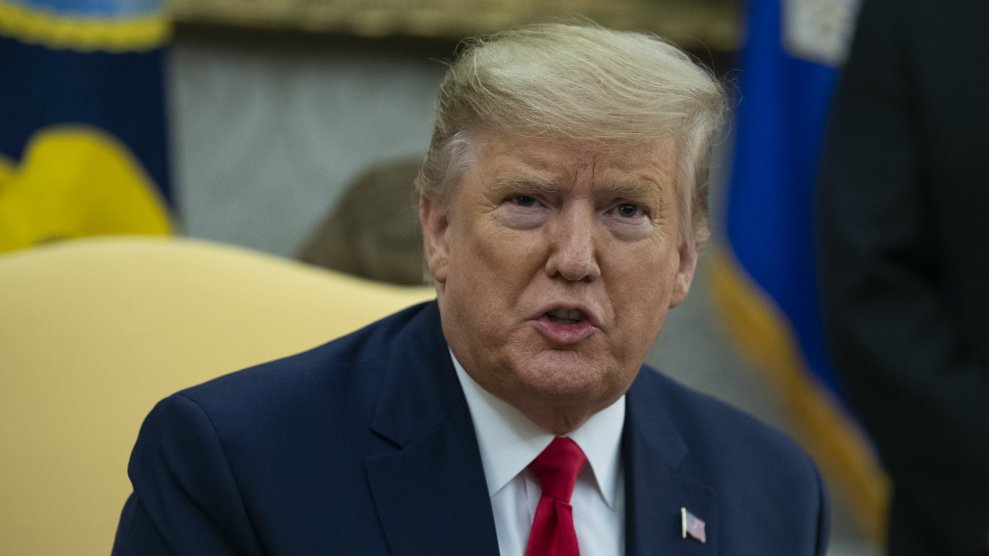 In the months since a whistleblower in the US intelligence community sounded the alarm about the Ukraine scandal, the president has taken every opportunity to attack the anonymous individual. Trump has said the whistleblower should be investigated “for fraud” and has called on media outlets to expose the whistleblower’s identity. Perhaps not surprisingly, that rhetoric seems to be having a chilling effect on other federal workers’ willingness to report corruption within the federal government.

According to a new poll conducted by the Government Business Council, the research arm of Government Executive, one-in-three federal workers say they are now less likely to “report an act of perceived wrongdoing to the appropriate authorities” because of the attacks on the whistleblower by Trump and his allies. Specifically, 19 percent said they are now “much less” likely to report wrongdoing, and 15 percent responded that are “somewhat less” likely to do so. The good news is that half of respondents said that Trump’s attacks would have no impact are their willingness to expose malfeasance, and 16 percent said they were now more likely to blow the whistle.

According to Government Executive, the poll, which has a margin of error of plus-or-minus 4 percent, was sent to a random sample of its subscribers. That may not precisely represent all federal employees, but it’s still a pretty big deal that more than a third of respondents said the president’s intimidation tactics would make them less likely to report corruption.

Those results are understandable considering what the Ukraine whistleblower has gone through since coming forward. During the House’s impeachment inquiry, Trump ramped up the personal attacks, tweeting about that person more than 100 times. That helped lead to a bevy of threats aimed at the whistleblower and their attorneys, according to a source close to the legal team. As David Corn explains:

In remarks made at the US mission to the United Nations on September 27, Trump compared the whistleblower to a “spy,” and added, “You know what we used to do in the old days when we were smart? Right? With spies and treason, right?” This was a clear reference to execution: This guy deserves to die. In recent tweets, Trump has approvingly quoted his defenders, who have accused the whistleblower of being corrupt and conspiring with Democrats to topple Trump, and Trump has blasted the whistleblower’s attorneys as “fake.” On Monday, Trump tweeted: “the Whistleblower, his lawyer and Corrupt politician Schiff should be investigated for fraud!”