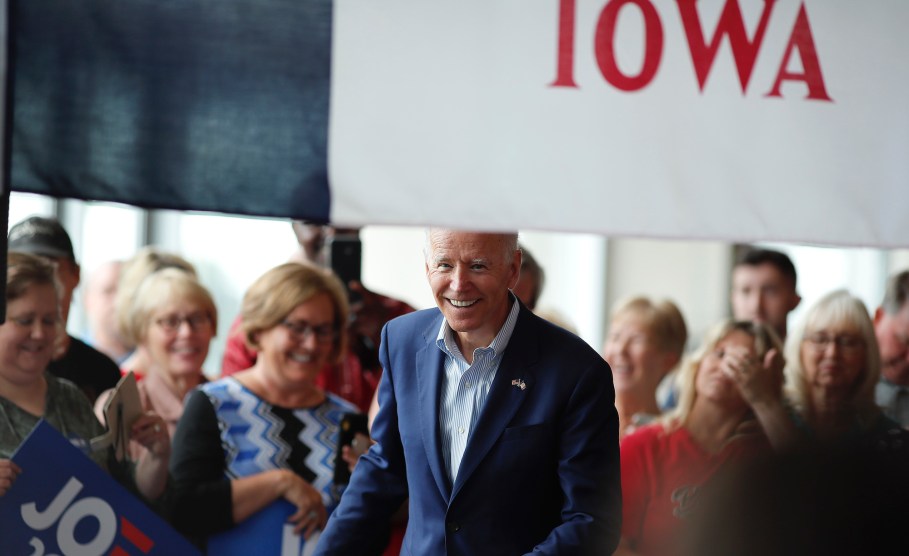 The next secretary of the US Department of Agriculture will confront two of the most dire problems facing the nation: spiking levels of hunger brought on by the coronavirus pandemic and its economic fallout, and the damage that ever-increasing climate chaos visits upon our most productive farming regions.

The New York Times will tell you a different story. According to a recent article in the paper, President-elect Joe Biden’s decision about who should run the USDA hinges not on climate or hunger policy expertise, but rather on the question of whether to favor city interests or rural interests. “The delicate proxy clash over the post,” the Times’ Jonathan Martin wrote in in late November, “has pitted Democrats eager to emphasize issues like hunger and nutrition against more traditional members of the party who believe the department should represent rural America.” The reason is electoral: “Nowhere did Mr. Biden fare worse than in rural America, particularly the most heavily white parts of the farm belt,” Martin wrote.

These unnamed traditionalists, Martin explained, would like to see Heidi Heitkamp, a former senator from North Dakota, or Tom Vilsack, the former Iowa governor who served as agriculture secretary for Obama, in the post. On Dec. 7, Politico reported that Vilsack—a longtime Biden loyalist and his chief rural adviser during the campaign—had emerged as a “strong favorite for the job,” because he’s the “preferred choice of Biden’s inner circle.”

On the urban side of the divide, there’s contender Rep. Marcia Fudge (D-Ohio), a Black woman whose district includes parts of Cleveland and who champions federal anti-hunger programs. She has the support of the Congressional Black Caucus, as well as that of House Majority Whip Jim Clyburn (D-S.C.), who helped save Biden’s campaign in early 2020 by backing him in the decisive South Carolina Democratic primary.

Fudge, it turns out, was a bit of a gate crasher in the Biden team’s decision-making process. According to Politico, Biden was about to announce Heitkamp as his pick early last week. But Clyburn’s intervention on behalf of Fudge, which included giving “several media interviews publicly criticizing Biden for a lack of diversity among his first round of Cabinet appointees,” shook up the process and opened space for new contenders.

In addition to Fudge, Arturo Rodriguez, who served as the president of the United Farm Workers for 25 years until he stepped down in 2018, has entered the conversation, endorsed by the Congressional Hispanic Caucus and the National Hispanic Leadership Agenda. He’d be the first farm-worker advocate to guide the agriculture department. Kathleen Merrigan, a long-time sustainable agriculture champion who served as deputy USDA secretary under Vilsack in the Obama administration, is also under consideration, Politico reported.

Whomever Biden ends up choosing, the rural-urban divide posited by Martin is too simplistic. Sixty million people, 20 percent of US residents, live outside of city boundaries. Of them, one in five are racial and ethnic minorities: mainly Black, Latino, and Native American. This diversity tends to be erased when Washington “traditionalists” think of a USDA chief who would “represent” rural America.

Vilsack is a centrist white former politician from 90 percent white Iowa. He now works as a marketing executive for the dairy industry, pulling down a salary of nearly $1 million. His strong ties to agribusiness might give the impression that he would enjoy strong popular support in what Martin called the “most heavily white parts of the farm belt.” But that assessment misunderstands the dynamics of farming in the Midwest. Given his current occupation, for example, you might think he represents a huge number of dairy farmers in the nation’s heartland. But dairy farmers have been locked in an overproduction crisis for decades, churning out way too much cheap milk, leading to low prices and ever fewer, ever larger operations. As a result, Vilsack’s home state of Iowa houses just 1,360 dairy farms. Wisconsin, the biggest dairy state after California, boasts just 8,000.

Similar trends hold for the region’s crop farms, which tend to specialize in corn and soybeans, which have been shrinking in number for decades. As a whole, Iowa farms now stand at about 86,000. In the 2020 Iowa presidential election—which Trump won by eight percentage points—more than 1.7 million Iowans cast votes. In other words, even if Vilsack were popular among the region’s farmers, there’s little evidence he has a huge popular base there. The agribusinesses Vilsack has spent his career championing have largely cleared the Midwestern landscape of people, leaving mainly large-scale farmers that don’t make up a big voting bloc.

In short, political operators like Vilsack and Heitkamp speak to a very specific sliver of rural America: the farmers and businesses at the very top of its food chain. During the 2020 campaign, the nonprofit RuralOrganizing.org. commissioned a poll of rural residents in electoral battleground states, released July 2020. Nearly two-thirds “strongly agreed” or “agreed” with the statement that “USDA programs too often benefit big corporations and big farms instead of small farms, small businesses, and rural Americans.” Just 10 percent disagreed.

That’s not surprising, said RuralOrganizing.org’s executive director, Matt Hildreth, because the USDA’s vaunted agriculture-support programs tend to prop up the largest farms. According to an analysis by the Environmental Working Group, just 10 percent of farms grabbed 76 percent of the $424.4 billion doled out by USDA farm programs between 1995 and 2020.

People outside of cities are more likely to need federal food assistance.

But when the RuralOrganizing.org poll focused food-aid programs, attitudes changed. About half of respondents expressed a “very favorable” or “somewhat favorable” view of the nation’s flagship anti-hunger program, the Supplemental Nutrition Assistance Program (SNAP), formerly known as food stamps. Just a fifth of respondents took a negative view of it.

And food aid, of course, is the policy terrain of Vilsack’s rival for Biden’s USDA consideration, Fudge. While she’s a city slicker, her advocacy for more spending to fight hunger could greatly improve rural economies and quality of life. People outside of cities are more likely to need federal food assistance. In a 2018 study, the Food Research Action Center found that 16 percent of rural households utilize SNAP, vs. 13 percent of their urban peers. And SNAP acts as a vital economic engine, the study found, generating $1.79 in local economic activity for every SNAP dollar spent. In general, Hildreth pointed out, it’s “bizarre” to paint Fudge’s fixation on defending and expanding food aid as somehow a non-rural concern.

Rodriguez’s emergence alongside Fudge further complicates any rural analysis that centers on figures like Vilsack. The UFW is a labor union that organizes farm and meat-packing workers in California’s ag-intensive San Joaquin Valley. Rodriguez is intimately familiar with the problems that confront millions of rural residents nationwide. “From his work, Rodriguez know about food insecurity in rural areas, about the the impact of low wages, about the barriers to getting healthy food,” said Bruce Goldstein, president of the advocacy group Farmworker Justice. Rodriguez is well aware, he said, of “the food deserts that arise in these areas that produce the food that the rest of us eat, but that these farms workers don’t even get access to.”

“I don’t want a federal government where deeply qualified people get skipped over, just because they don’t fit some media stereotype of a particular department secretary.”

It’s a myth, Hildreth added, that there’s groundswell of rural residents who would see themselves represented by a USDA secretary like Heitkamp or Vilsack. “I’m guessing most rural Americans would take a representative from Cleveland over a representative of K Street business interests,” he said.

He added that Fudge, who has served on the House ag committee since 2011, has hands-on experience grappling with food and farm policy generally. As the coronavirus ripped through meatpacking plants last summer, causing a spike in positive COVID tests and deaths, Fudge co-sponsored a bill that would stop the USDA from allowing poultry companies to speed up slaughterhouse kill lines, a factor in the extraordinary burden COVID-19 has placed on the industry’s (mostly rural) workers. Such slaughterhouse speedups, which add to industry profitability but imperil workers, are possible because of policy changes pushed through the agency under Vilsack’s watch, against the opposition of worker-safety advocates. “I don’t want a federal government where deeply qualified people get skipped over, just because they don’t fit some media stereotype of a particular department secretary,” Hildreth said.

Vilsack and Heitkamp don’t represent rural America, exactly; they represent powerful business interests that operate in rural America, in ways that have not generated broad-based prosperity in a very long time. Indeed, the non-metro United States has been locked in a trend of economic decline for decades, a likely factor in the rise of Donald Trump as a political force. Fudge and Rodriguez seem better suited to push for policy that will improve life for a larger swath of the rural population. Choosing one of them would mark a bold move by Biden to redirect an agency dubbed by its founder, Abraham Lincoln, as the “people’s department.”