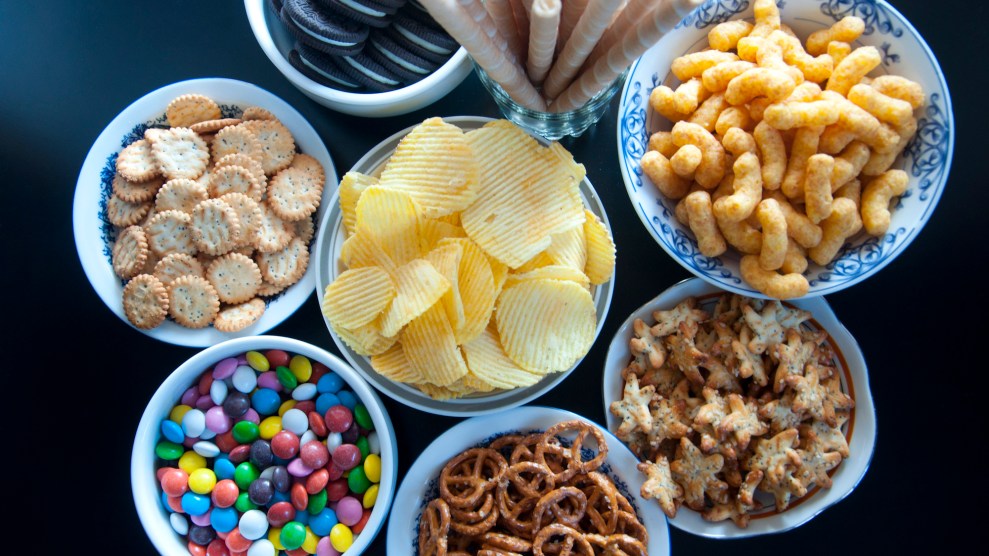 We live in an age of radical diets: Paleo, vegan, low-glycemic, low-carb, low-fat, high fat (keto). Which one’s best for maintaining a healthy weight? In a 2014 paper, Yale medical researchers surveyed the scientific evidence and came up with a simplifying answer: Diets consisting mainly of “minimally processed foods” point to good health outcomes, whether or not they contain foods people like to debate about, like meat or grains. For a new study published Thursday, scientists at the National Institutes of Health finally put that advice to the test.

The authors note that no study has directly compared the health impacts of diets based on the kind of highly processed boxed foods one finds at the center of the supermarket, versus those based on fruits, vegetables, and whole grains. So the NIH team assembled 20 healthy adult volunteers—10 male and 10 female—sequestered them at a research hospital for a month, and subjected them to two weeks each of meals from ultra-processed foods and minimally processed foods.

The two diets were structured to be roughly equal in calories, protein, fat, carbs, and fiber. Because highly processed foods tend to be low in fiber, the processed diet featured fiber-added beverages to make up the difference. The subjects were essentially over-served—for each of the diets, the researchers made available about 5,400 calories per day in the form of three meals and plus snacks, and allowed to eat as much or as little as they wanted.

This detailed list of the meals for each day is fascinating reading. Here’s the day 1 ultra-processed lunch:

And here’s its minimally processed counterpart:

Since they were cooped up in a hospital, the subjects were directed to engage in three daily 20-minute sessions on an exercise bike at moderate speed, to mimic real-world daily exertion.

The results can be summed up in this chart:

In short, when the subjects were on the minimally processed diet, they took in significantly fewer calories and lost nearly a kilogram, or about two pounds, over two weeks. On the processed diet, they ate more and gained nearly a kilogram.  Currently, according to a 2016 study cited by the NIH authors, ultra-processed foods provide nearly 60 percent of calories consumed by Americans.

It should be noted that the new study looked at a small sample of people over a short period; it’s easy to overstate results from just two weeks of observation. But finding people who will agree to be confined over long periods is difficult and expensive; and “most laboratory-based studies of food intake are typically much shorter in duration, often occurring within a single day of testing with one or two meals,” the researchers note. Overall, they conclude, the results suggest that “limiting consumption of ultra-processed food may be an effective strategy for obesity prevention and treatment.”

There’s another important caveat. Assembling the minimally-processed meals cost about 40 percent more in ingredients than the processed meals did, they report. And the subjects were presented all of their meals fully prepared; but it takes a lot more time and practice to put together a meal of chicken, whole grains, and vinaigrette-dressed salad from scratch than it does to open a can of pre-made beef ravioli.

For millions of Americans,  the biggest dietary challenge isn’t health optimization; it’s getting enough food on the table under serious time and money constraints. Because of these factors, the study’s lead author, Kevin Hall, said in an NIH press release: “Just telling people to eat healthier may not be effective for some people without improved access to healthy foods.”