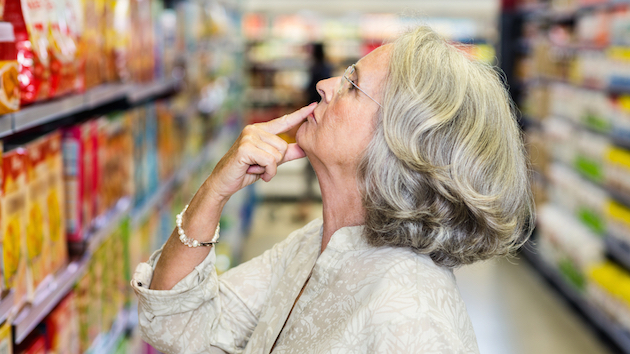 Update (3/16/16): With 49 nays and 48 yeas, the US Senate has nixed Sen. Pat Roberts’ bill, which would have nullified all state labeling efforts, including Vermont’s. The San Francisco Chronicle’s Tara Duggan reports that a last-minute amendment to the bill would have forced manufacturers to “provide toll-free numbers, web sites, QR codes or even social media symbols on labels as a way for consumers to learn whether genetically engineered ingredients are present in the product.” That means the bill’s supporters unsuccessfully attempted to enact the Vilsack compromise described below.

Political forces unleashed in a tiny state like Vermont (pop. 626,000) sometimes reverberate on the national stage, and Bernie Sanders isn’t the only recent example. A food-labeling requirement in Green Mountain State is now roiling the US Senate and the Department of Agriculture, and also has the Grocery Manufacturers Association—a deep-pocketed trade group representing major food processors as well as agrichemical/GMO titans like Monsanto, DuPont, and Dow—in quite a tizzy.

It all started back in 2014, when the Vermont legislature passed a law decreeing that foods containing genetically engineered organisms sold in the state be labeled as such. The law takes effect on July 1 this year. At that point, Big Food will have to figure out how to label only those products destined to be sold in a state with a quarter the population of Brooklyn—or just decide it’s easier to inform consumers across the nation which products contain GM ingredients.

Big Food will have to figure out how to label only products destined to be sold in a state with a quarter the population of Brooklyn.

Unless, that is, those outcomes can be averted by simply crushing the Vermont rule. The industry and its political friends are pursuing a two-pronged strategy, one legal and one political. As the clock winds down and July 1 approaches, both are looking shaky.

On the legal front, the Grocery Manufacturers Association, along with the Snack and Food Association, the International Dairy Foods Association, and the National Association of Manufacturers, sued Vermont in federal court to halt the new law, claiming the legislation “imposes burdensome new speech requirements” and violates the Constitution by “regulating nationwide distribution and labeling practices that facilitate interstate commerce.” The court dismissed an injunction to block the implementation of the GMO labeling law in 2015, and the GMA quickly filed an appeal, which is still pending.

Politically, GMA had a strategy in place before Vermont even passed its law. By 2013, the group had spearheaded expensive efforts to beat back labeling ballot initiatives in California and Washington state. More state battles were clearly on the way. In an internal document uncovered that year by researcher Michele Simon—who has since launched a plant-based foods trade group—GMA signaled it would pursue a federal law that would preempt any state labeling requirement. And the group was lining up cash—what it called “a long-range funding mechanism”—for the effort. (See more here.)

In the years since, the GMA has hotly promoted the Safe and Accurate Food Labeling Act, known by critics as the “Deny Americans the Right to Know” (DARK) Act, which would nullify all state GMO labeling laws. The House passed such a bill in July 2015, and supporters tried and ultimately failed to push a similar provision into an omnibus spending bill at year-end.

It has yet to make it through the Senate, but now the chair of the legislative body’s agriculture committee, Sen. Pat Roberts (R-Kan.), is making a major push. In hopes of averting what he called the “wrecking ball” of Vermont’s labeling statute, Roberts—a major recipient of agribusiness campaign funds—pushed a bill through the Senate ag committee on March 1 that forbids state GMO labeling requirements. GMA vigorously supports Roberts’ bill, but it remains in limbo. To force a vote on the Senate floor, he’ll need 60 votes, and so far he doesn’t have them.

Meanwhile, a group of Democrats led by Sens. Jeff Merkley (D-Ore.), Patrick Leahy (D-Vt.), Jon Tester (D-Mont.), and Dianne Feinstein (D-Calif.) are pushing a rival bill that would require GMO labeling everywhere—essentially, taking the Vermont law nationwide. Food giant Campbell’s, which has broken ranks with the broader industry on this topic and favors GMO labeling, supports the Merkley bill. Yet it, too, currently lacks the votes to win passage.

This week, USDA Secretary of Agriculture Tom Vilsack has stepped into the stalemate, pushing a compromise in a speech before the National Farmers union: Rather than mandatory labeling, he’s pushing mandatory “disclosure,” wherein food companies are required to disclose GMO ingredients to interested consumers, but not on the label. In Vilsack’s vision, mandatory disclosure could take the form of an 800 number on the label that consumers can call for info on GMO ingredients, or a QR code that can be read by smartphones. “Vilsack has said that President Barack Obama would sign such a bill,” reports the trade journal Hoosier Ag Today.

Patty Lovera, assistant director of Food and Water Watch, which supports GMO labeling, says such a requirement would fall far short of actual labeling: She thinks most consumers would likely decline to take the extra step of making a phone call or engaging a smartphone app to get more info.

The Grocery Manufacturers Association, for its part, declined to take a public position on Vilsack’s compromise. A GMA spokesman added that “time is of the essence with Vermont’s July 1 deadline fast approaching, so…will continue to work with senators to achieve a national solution that protects consumers, farmers, and small businesses.”

Whatever you think of GMO labeling—my thoughts are here—you have to admit: That’s an awful lot of fuss generated by a tiny, mostly rural state.