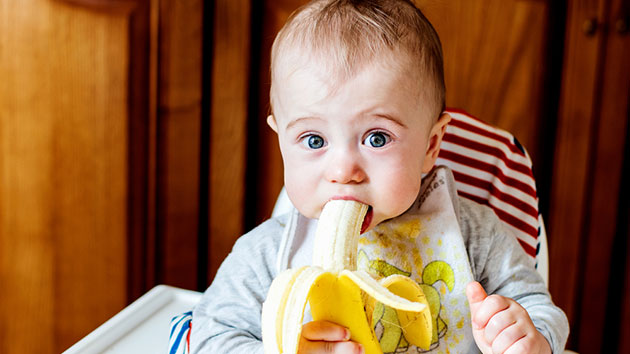 Bananas have reached such all-star status in the American diet that we now consume more of them than apples every year. Yet you’re probably used to seeing just one type of banana at your supermarket: the relatively bland yellow Cavendish. It has high yields, ships pretty well, and ripens slowly, making it appetizing to global food distributors.

Unfortunately, the popularity of the Cavendish might also be its downfall. A nasty and incurable fungus known as Tropical Race 4 (TR4) has spread in Cavendish-producing countries around the world, and it could be making its way straight toward banana heartland: Latin America, which produces 80 percent of the world’s exports.

For a paper published in November in the journal PLOS Pathogens, researchers confirmed that the version of TR4 afflicting bananas in different countries around the globe—including China, the Philippines, Jordan, Oman, and Australia—appears to come from a single clone. Ever since the fungus migrated from Asia and Australia into Africa and the Middle East starting in 2013, the UN’s Food and Agriculture Organization has urged countries to step up their quarantining of sick plants. Yet the Pathogens paper confirms that these quarantines, seemingly the only prevention against the spread of the fungus, which can live in soil for up to 50 years, have mostly failed. “It indicates pretty strongly that we’ve been moving this thing around,” says professor James Dale, one of the world’s experts on bananas and the director of the Queensland University of Technology’s Centre for Tropical Crops and Biocommodities. “It hasn’t just popped up out of the blue.”

The finding seems to confirm every banana grower’s worst fear: that the Cavendish will go down the same way our old favorite banana did. A century ago, Americans ate only Gros Michel bananas, said to have more complex flavor and a heartier composition than today’s Cavendish variety. Then, the monoculture fell prey to the fungal disease Tropical Race 1, or “Panama disease,” which wiped out the crop around the globe. There was nothing anything could do to stop it. 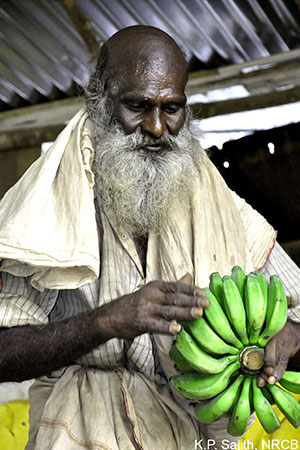 So this time around, rather than attack the fungus, scientists have shifted their efforts into building a better banana to withstand it. Dale’s research team, funded in part by the Bill and Melinda Gates Foundation, has spent 12 years working on TR4. Three years ago, it started a trial on two very promising ideas: (1) inserting a TR4-resistant gene from a different wild banana species from Malaysia and Indonesia, musa acuminata malaccensis, into the Cavendish to create a fungus-resistant version of the popular variety and (2) turning off a gene in the Cavendish that follows directions from the fungus to kill its own cells. Dale says it’s too early to discuss the details of the trials, but the team is “very encouraged by the results” of the experiment with the wild malaccensis banana—which means the genetically engineered fruit seems to have successfully resisted TR4.

GMO haters would not be too happy about a rejiggered banana plant. Dale’s introduction of a different GM experiment in 2014, a vitamin-A-fortified banana meant to help deliver nutrients to impoverished Africans, was met with harsh criticism from the likes of Indian environmental activist Vandana Shiva, Friends of the Earth Africa, and Food and Water Watch. “There is no consensus that GM crops are safe for human consumption,” they wrote in a letter to the Bill and Melinda Gates Foundation. 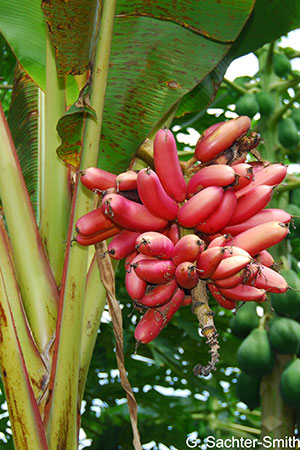 Regardless of where you land on GMOs, there is another option to consider: We could stop relying on Cavendish bananas. If you’ve ever tasted one of the dozens of small, sweet bananas that grow in regions like Central America and Southeast Asia, you probably aren’t terribly impressed with the United States’ doughy supermarket varieties. Belgium’s Bioversity International estimates that there are at least 500, but possibly twice as many, banana cultivars in the world, and about 75 wild species. The Ruhuvia Chichi of the Solomon Islands is sunset red and cucumber shaped; Inabaniko bananas from the Philippines grow fused together, giving them the name “Praying Hands”; Micronesia’s orange-fleshed Fe’i bananas are rich in beta-carotene. Elsewhere, you can find the Lady Finger banana, the Señorita, the Pink French, and the Blue Java.

But Dale doubts the global food industry will suddenly switch to one of these tempting fruits. “To change over to another variety would be quite challenging, because the growers and shippers have really been set up to use [the Cavendish] around the world.” And he points out, “Even if you did find a replacement, that’s not to say that in 20 years another disease wouldn’t come along and knock it over.”