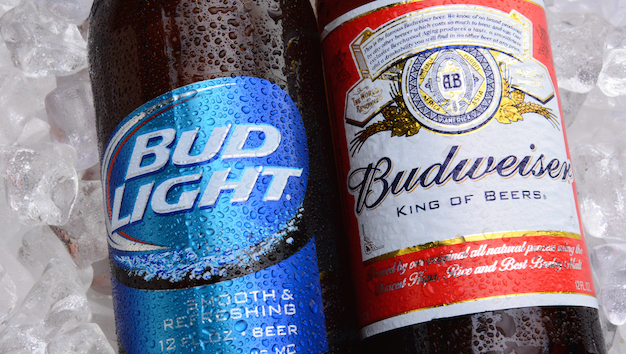 Pity Anheuser-Busch InBev, the Belgian-owned behemoth responsible for such beloved US beers as Budweiser, Bud Light, and Michelob Ultra. When InBev bought US beer giant Anheuser-Busch back in 2008, the company accounted for 49 percent of the US beer market, the Wall Street Journal reported. Since then, its US market share has dipped to 45 percent. Since 2005, sales of its big domestic brands like Bud have dropped 5.7 percent, even as craft-beer sales have rocketed up 173.6 percent. What’s a transnational, industrial-scale maker of flavor-light, marketing-heavy brews to do?

Distributors whose beer sales are 98 percent InBev brands can get as much as $1.5 million in rebates—as long as they don’t also sell some popular craft brews as well.

The answer, according to the Journal: use its still-formidable US market heft to squeeze out those fast-growing craft-beer makers. Understanding AB InBev’s maneuver requires a bit of background. After Prohibition, the US government sought to limit the market power of brewers by imposing a three-tiered system on the industry. One set of firms would brew beer; another set would distribute it; and a third would retail it, either in bars or carryout stores. Much of that old regime has broken down—in many states, for example, small brewers can sell directly to the public through brewpubs. But in most states, distributors—the companies that move beer from breweries and stock retail outlets’ shelves and bars’ taps and bottle offerings—can’t be owned directly by brewers. ?

To get around that restriction, megabrewers have for decades sought more or less exclusive agreements with nominally independent distributors. Today, the US beer market is dominated by AB InBev and rival MillerCoors, which together own about 80 percent of the market. Independent craft brewers account for 11 percent of the US market—and that’s growing rapidly, even though crafts tend to retail for $8 to $10 per six-pack, versus about $6 for conventional beers. Most distributors sell either InBev or MillerCoors brands as their bread and butter, the Journal reports, plus a smattering of independent craft brews. That’s why in supermarket beer coolers these days you’ll typically find a few national craft brews like Sierra Nevada, along with maybe a few local favorites, after you walk past towering stacks of Bud and Miller six-packs.

So AB InBev has launched what The Wall Street Journal calls a “new plan to reverse declining volumes” in the United States by offering sweet incentives for company-aligned distributors to restrict sales of craft beers and push more Bud Light and whatnot. Get this, from the Journal😕

The world’s largest brewer last month introduced a new incentive program that could offer some independent distributors in the U.S. annual reimbursements of as much as $1.5 million if 98% of the beers they sell are AB InBev brands, according to two distributors who requested confidentiality because they were asked not to discuss the plan. Distributors whose sales volumes are 95% made up of AB InBev brands would be eligible to have the brewer cover as much as half of their contractual marketing support for those brands, which includes retail promotion and display costs. AB InBev, which introduced the plan at a meeting of distributors in St. Louis, estimates participating distributors would receive an average annual benefit of $200,000 each.?

One distributor has already dropped a craft brewer in favor of InBev’s incentive program.

The beer giant plans to devote big bucks to the scheme—about $150 million next year, as part of a “three-year plan to restore growth in AB InBev’s most profitable market,” the United States, the Journal reports. ?

And beyond pushing up the percentage of AB InBev products in the mix, the incentive plans place another restriction on the distributors who choose to take advantage of the offers: They can only carry craft brewers that produce less than 15,000 barrels or sell beer only in one state.? Such a provision would put a hard squeeze on excellent, relatively large craft brewers like San Diego’s Stone, Northern California’s Sierra Nevada, and Colorado’s Oskar Blues. InBev’s new program is already having an impact, the Journal reports.

At least one distributor has dropped a craft brewer as a result of the incentive program. Deschutes Brewery President Michael Lalonde said Grey Eagle Distributing of St. Louis last week decided it will drop the Oregon brewery behind Mirror Pond Pale Ale because it “had to make a choice to go with the incentive program or stay with craft.”

All of this raises the question: Under US antitrust law, can a giant company legally throw around its weight like that? The answer may well be yes. Ricardo Melo, Anheuser-Busch’s vice president of sales strategy and wholesaler development, stressed to the Journal that the incentive program is voluntary—that is, distributors are free to decline the extra support and continue stocking as many craft brands as they want. But apparently, the company doesn’t think many distributors will turn down such a sweet deal. Currently, the Journal reports, just 38 percent of AB InBev-aligned distributors participate in the company’s incentive programs. The company “aims to double participation in three years behind the new rewards plan,” the article adds.