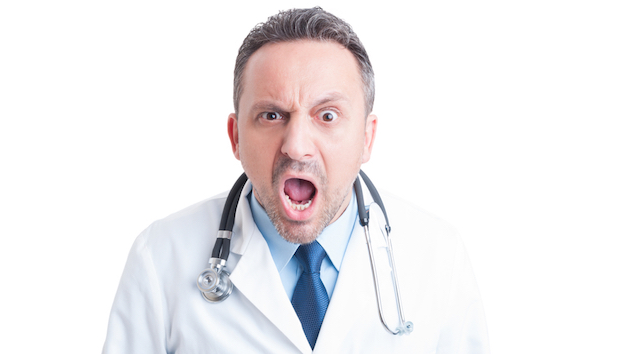 According to the National Pork Producers Coalition, the way the meat industry currently uses antibiotics is no problem. “Existing FDA regulations are increasingly strict and provide adequate safeguards against antibiotic resistance,” the group insists on its website.

But Jerome Paulson and Theoklis Zaoutis disagree. Pediatricians who serve on the American Academy of Pediatrics’ Council on Environmental Health, they have published a blunt report in the journal Pediatrics, arguing that systemic overuse of antibiotics in livestock production is a key driver of the resistance crisis, which, they show, sickens 2 million Americans every year, kills 23,000, and runs up an annual healthcare bill of $21 billion annually.

With their developing immune systems, kids are particularly vulnerable to superbugs.

They point out that US livestock producers used a staggering 32.2 million pounds of antibiotics in 2012 (the last year for which data exist), more than four times the amount used to treat people. Fully 60 percent of those farm-dispensed drugs “are considered to be important in human medicine,” they add.  This annual bombardment of farm antibiotics, they show, kills susceptible bacteria and allows resistant ones to proliferate. Of the Salmonella that commonly show up in the US meat supply, 5 percent are resistant to 5 or more classes of antibiotic drugs—and 3 percent can withstand ceftriaxone, the “first-line therapy for salmonellosis in pediatrics,” the authors note.

Paulson and Zaoutis then run through the various ways these superbugs move off of farms and threaten people. “Increasingly, food animals are raised in large numbers under close confinement, transported in large groups to slaughter, and processed very rapidly,” they write. “These conditions can cause increased bacterial shedding and contamination of hide, carcass, and meat with fecal bacteria.” Resistant bacteria can also escape the farm through farmers, farm workers, farm families, and casual visitors, who then can spread the germs throughout the communities. Then there’s the vast concentrations of manure from these facilities, which “can contaminate foods when manure containing resistant organisms is applied to agricultural soils and the organisms are then present in farm runoff.”

They end with a critique of what those pork producers claim are “increasingly strict” FDA rules on farm antibiotic use. Currently, the rules allow farmers to use antibiotics not only to treat disease but also “prevent” it—a loophole that, as I and others have shown, allows meat producers to maintain current practices. That practice “can harm public health, including child health, through the promotion of resistance,” the authors warn. Who are you going to believe—the folks charged with keeping your kids healthy, or the ones charged with profitably churning out billions of meat animals each year?