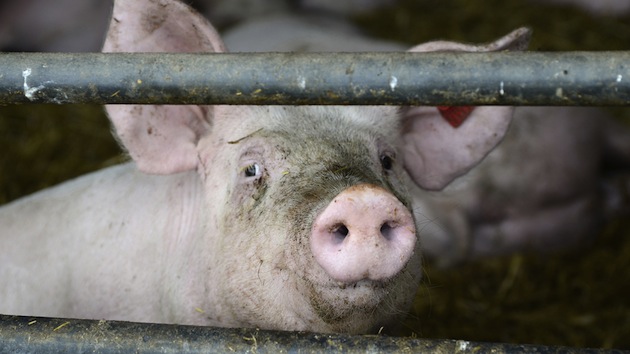 The United States remains one of the globe’s most carnivorous nations, but things have changed subtly in recent decades. While our consumption of chicken has skyrocketed, we’re eating much less red meat. 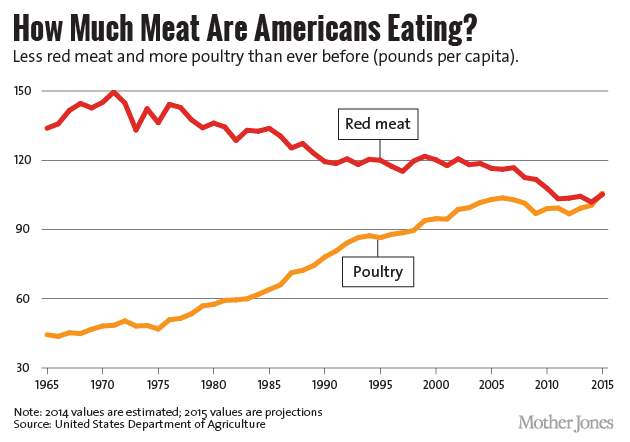 Overall per capita meat consumption has fallen nearly 10 percent since the 2007-‘8 financial meltdown; and as we cut back on quantity, we’re more likely to pay up for animals raised outside and not dosed with all manner of drugs.

Meanwhile, though, the meat industry lurches on, consolidating operations and stuffing its factory-scale facilities ever tighter with animals, as the organization Food and Water Watch shows in a recently updated map:

See the interactive version of this map here. Food and Water Watch

The charts below show the big picture. Note that the overall number of animals kept on US farms is leveling off, and in the case of beef cattle and meat chickens (broilers), actually dropping a bit. But the number of animals stuffed into each facility remains steadily on the rise for beef and dairy cows, hogs, and egg-laying hens. The number of meat chickens per site has plateaued—at the stunning level of more than 100,000 birds. 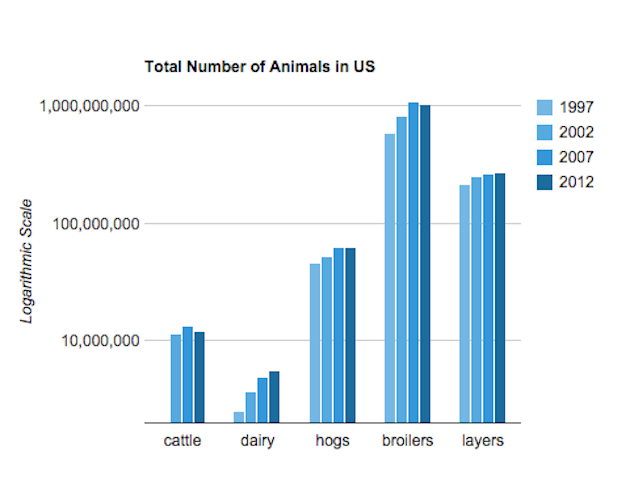 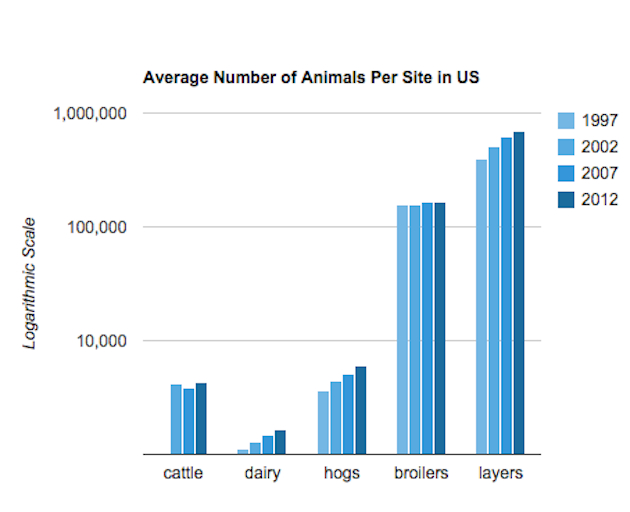 Among the many ecological problems you create when you concentrate so many animals in one place is massive loads of manure. How much?

These factory-farmed livestock produced 369 million tons of manure in 2012, about 13 times as much as the sewage produced by the entire U.S. population. This 13.8 billion cubic feet of manure is enough to fill the Dallas Cowboys stadium 133 times.

When humans live together in large numbers, as in cities, we’ve learned to treat our waste before sending it downstream. The meat industry faces no such requirement, and instead collects manure in large outdoor cesspools (known, picturesquely, as “lagoons”) before being spread on surrounding farmland. Some individual counties churn out much more waste than large metropolises. Here’s Food and Water Watch on the nation’s most dairy- and hog-centric counties:

Recycling manure as farm fertilizer is an ecologically sound idea in the abstract—but when animals are concentrated in such numbers, they produce much more waste than surrounding landscapes can healthily absorb. As a result, nutrients like nitrogen and phosphorus leach into streams and rivers, feeding algae blooms and fouling drinking water. Then there are bacterial nasties. “Six of the 150 pathogens found in animal manure are responsible for 90 percent of human food- and water-borne diseases: Campylobacter, Salmonella, Listeria, E. coli 0157:H7, Cryptosporidium and Giardia,” Food and Water Watch reports.

Air, too, is a problem, as anyone who’s ever gotten close to a teeming cow, pig, or chicken facility can testify. Thousands of people, of course, are forced to live near them or work on them, and it’s no picnic. “Overexposure to hydrogen sulfide [a pungent gas emanating from lagoons] can cause dizziness, nausea, headaches, respiratory failure, hypoxia and even death,” Food and Water Watch states. “[W]orkers in factory farm facilities experience high levels of asthma-like symptoms, bronchitis and other respiratory diseases.”

And these counties tended to be bunched together in great manure-churning clusters. Note, for example, how most industrial-scale hog production takes place in the Midwest and in eastern North Carolina: 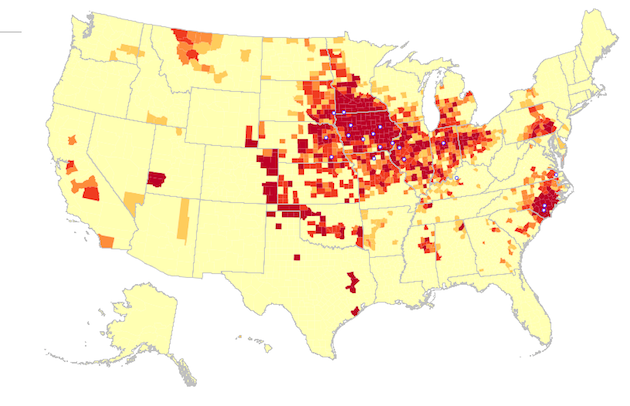 While Big Chicken has chosen to alight largely upon the southeast, the Mississippi Delta, and California’s Central Valley: 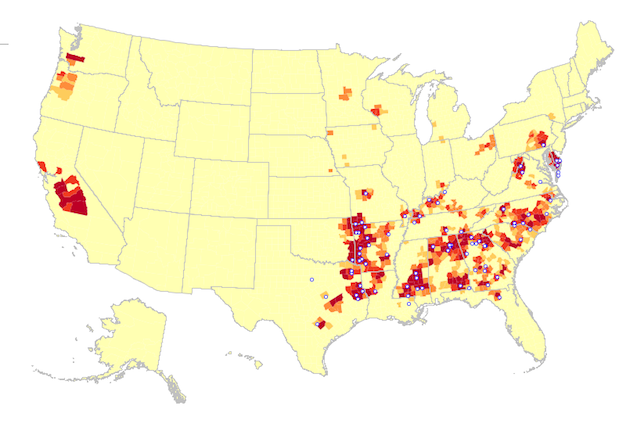 So why are these large facilities humming even as US eaters cut back? Globally, demand for meat continues to rise, and the dark-red spots on the maps above have emerged as key production nodes in an increasingly globalized meat market. US meat exports have tripled in value since 1997 (USDA numbers), and the industry wants more, as evidenced by its push to support the controversial Trans-Pacific Partnership trade deal with Asia.