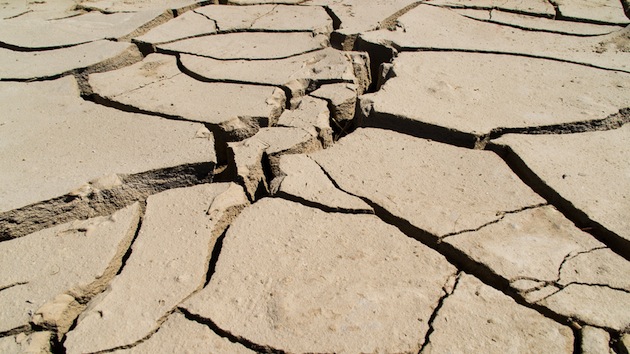 Science papers don’t generate much in the way of headlines, so you’ll be forgiven if you haven’t heard of one called “Groundwater Depletion During Drought Threatens Future Water Security of the Colorado River Basin,” recently published by University of California-Irvine and NASA researchers.

But the “water security of the Colorado River basin” is an important concept, if you are one of the 40 million people who rely on the Colorado River for drinking water, a group that includes residents of Las Vegas, Los Angeles, Phoenix, Tucson, and San Diego. Or if you enjoy eating vegetables like broccoli, cauliflower, and spinach during the winter. Through the many diversions, dams, canals, and reservoirs the river feeds as it snakes its way from the Rockies toward Mexico, the Colorado also provides the irrigation that makes the desert bloom in California’s Imperial Valley and Arizona’s Yuma County—source of more than two-thirds of US winter vegetable production.

We’ve known for a while that the river’s ability to meet such demands has become increasingly strained. Climate change means less snowmelt in the Rockies, the river’s source, and a 14-year drought in the Southwest has further impeded its flow, while adding to the demand on it. “The once broad and blue river has in many places dwindled to a murky brown trickle,” the New York Times reported in January. “Reservoirs have shrunk to less than half their capacities, the canyon walls around them ringed with white mineral deposits where water once lapped.”

Lake Mead, the vast Nevada reservoir that traps a portion of the Colorado’s annual flow for distribution to its various users, has sunk to its lowest level since its creation in the 1930s, under pressure from the past decade and a half of drought. According to an excellent National Geographic piece by Sandra Postel of the Global Water Policy Project, Lake Mead was hovering near capacity when the drought started in 2000, equivalent to about two full years of Colorado River water. Today, it holds just nine months worth of river flow—a steep drop.

But the new paper suggests that the situation is even worse than we previously knew. In addition to rapidly drawing down Lake Mead, the region’s thirst for water has extended underground: to the region’s aquifers. For a project called the Gravity Recovery and Climate Experiment, or GRACE, NASA satellites circle the Earth and carefully measure its mass. “Because changes in water storage result in changes in mass, GRACE provides fairly accurate estimates of water depletion over time,” Postel explains. 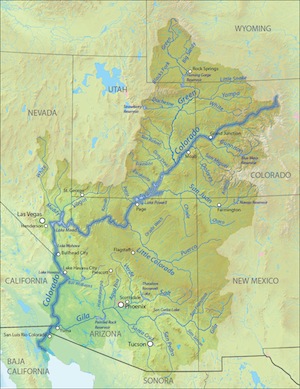 And here’s what GRACE researchers found in the Colorado River Basin region: To make up for the gap between what the Colorado River supplies and what people and agriculture demand, farmers, landowners, and municipalities are dropping wells and tapping underground aquifers at a much faster rate than had been assumed. Between December 2004 and November 2013, the Colorado Basin surrendered almost 53 million acre-feet of underground water—roughly equal to about 1.5 full Lake Meads, siphoned away in just nine years.

“Quite honestly, we are alarmed and concerned about the implications of our findings,” study coauthor Jay Famiglietti, a senior water scientist at NASA and a professor of at the University of California-Irvine, wrote in a blog post. “From a group that studies groundwater depletion in the hottest of the hot spots of water stress around the world—in India, the Middle East, and in California’s Central Valley—that says something.”

Famiglietti’s alarm stems from the fact that in the West, groundwater is essentially a nonrenewable resource. “When we use it, it’s gone,” he writes. No one knows how much is left, but it’s pretty clear that the region can’t keep draining its aquifers at the rate of 1.5 Lake Meads worth every nine years. But because of climate change, the region can expect more frequent droughts and less overall water from the Colorado. In short, Famiglietti writes, “The American West is running out of water.”

Which means it’s probably time to reconsider the region’s Wild West style of regulating groundwater. “If you own the property, the vagueries of groundwater law often mean that you can dig the wells and pump to your heart’s content,” Famiglietti writes. “Multiply that by millions of private wells and you get the picture.”