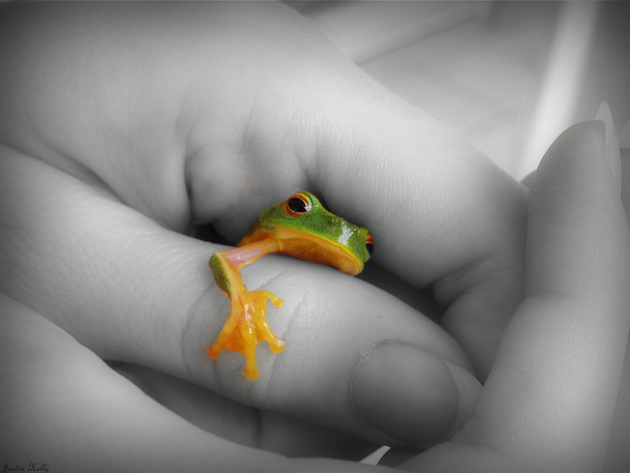 Amphibians are disappearing horrifyingly fast worldwide, with a third of species imperiled. But they’re disappearing even faster than believed in the US—and probably worldwide (more on that below)—according to the first ever analysis of the rate of population losses among frogs, toads, salamanders, and newts. 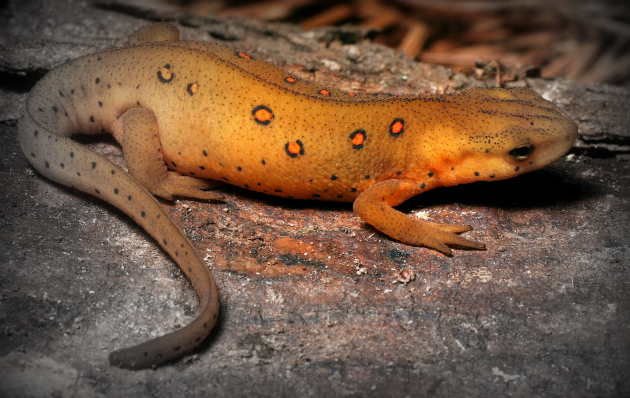 Even amphibians presumed to be relatively stable and widespread are declining. With species everywhere—from the swamps of Louisiana and Florida to the high mountains of the Sierras and Rockies—all disappearing with mind blowing speed.

A team of researchers with the USGS Amphibian Research and Monitoring Initiative analyzed the rate of change in the probability of 48 amphibian species occupying ponds and other moist habitats in 34 sites over a period of nine years (see map/figures below). 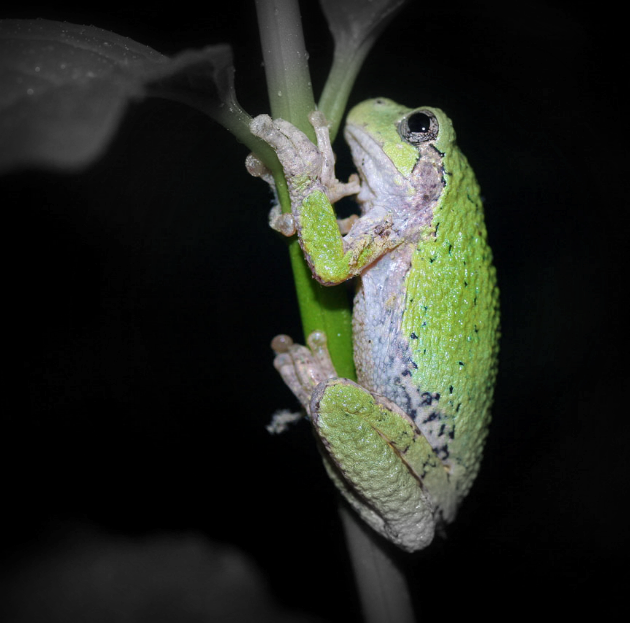 What they found: overall occupancy by amphibians declined 3.7 percent a year from 2002 to 2011. That seemingly small number adds up to particularly virulent form of extinction hunting down these species within two decades if the rate of decline remains unchanged. 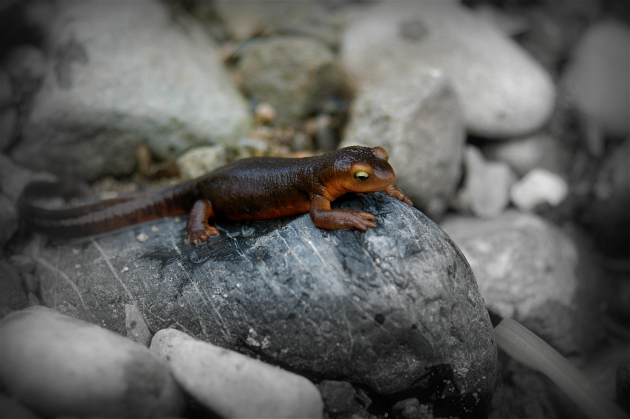 Much worse, species Red-listed as threatened or vulnerable by the International Union for Conservation of Nature (IUCN) declined on average 11.6 percent a year. 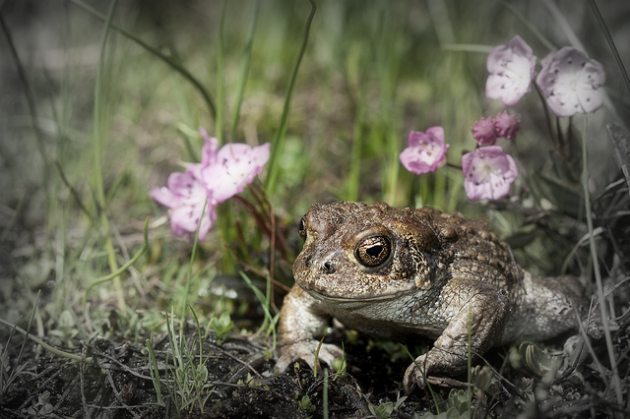 Surprisingly, declines occurred even in protected lands, like national parks and national wildlife refuges. “The declines of amphibians in these protected areas are particularly worrisome because they suggest that some stressors—such as diseases, contaminants and drought—transcend landscapes,” says lead author Michael Adams. 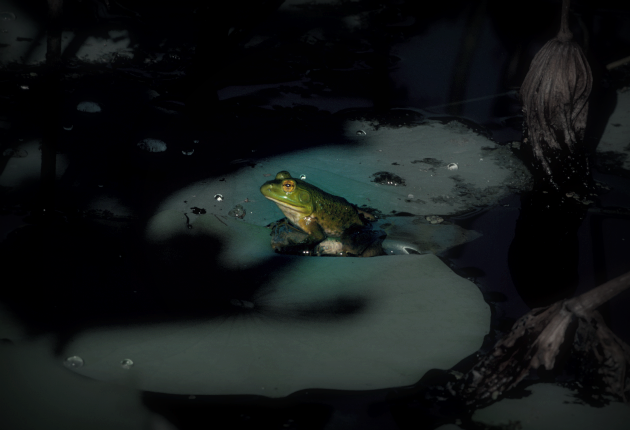 Amphibians seem to be experiencing the worst declines documented among vertebrates, but all major groups of animals associated with freshwater are having major problems. 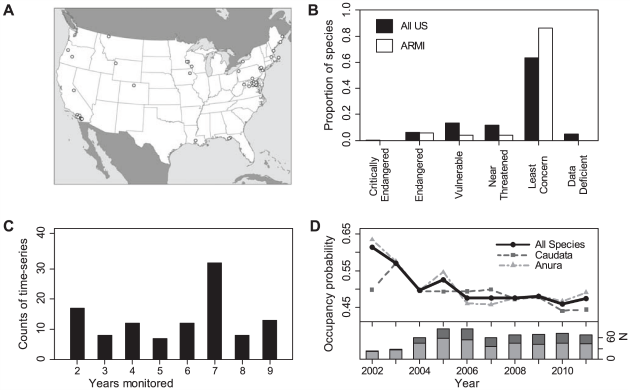 From the PLOS ONE paper: (A) Location of monitoring areas. (B) Distribution of species among IUCN categories. (C) Number of years monitored in each time series. (D) Mean annual estimates of probability of site occupancy and number of occupancy estimates (N). Credit: Michael J. Adams, et al. PLOS ONE. doi:10.1371/journal.pone.0064347.g001

“An enormous rate of change has occurred in the last 100 years, and amphibians are not evolving fast enough to keep up with it,” says Andrew Blaustein, author of the 2011 paper in the Annals of the New York Academy of Sciences, and professor of zoology at Oregon State University. “With a permeable skin and exposure to both aquatic and terrestrial problems, amphibians face a double whammy. Because of this, mammals, fish and birds have not experienced population impacts as severely as amphibians—at least, not yet.”? 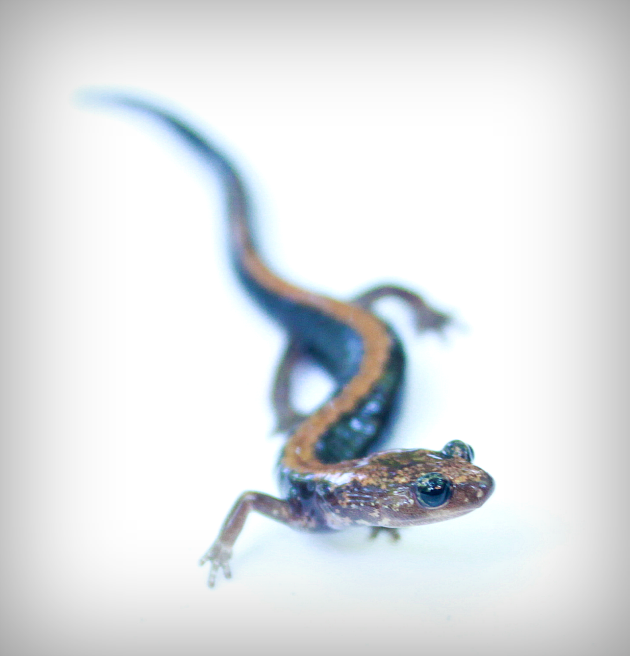 “Amphibians have been a constant presence in our planet’s ponds, streams, lakes and rivers for 350 million years or so, surviving countless changes that caused many other groups of animals to go extinct,” says USGS Director Suzette Kimball. “This is why the findings of this study are so noteworthy; they demonstrate that the pressures amphibians now face exceed the ability of many of these survivors to cope.”

I’ve written more about climate-induced amphibian disappearances here, about problems with herbicides on farms here. And for a long read on the problems with the loss of biodiversity here.