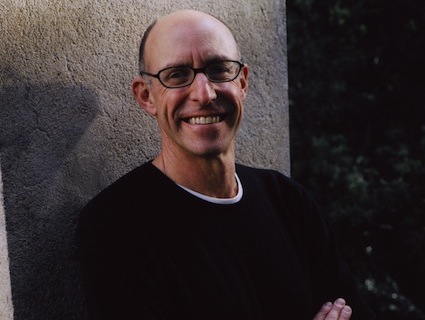 Having largely abandoned the home kitchen, Americans have embraced the “reality” of TV cooking. We now spend less than 60 percent of our food budgets on groceries for home consumption a third less than we did a half century ago. And when we do eat at home, there’s a lot of box opening and microwaving. Time spent cooking has plunged over the past 40 years. According to a 2010 study (PDF) by University of Utah researchers, the time women spend cooking dropped from over 90 minutes per day to 60 minutes per day between 1975 and 2006. And men didn’t pick up the slack—their kitchen time hovered around 20 minutes over that period. Meanwhile, cutthroat cooking contests featuring celebrity and would-be celebrity chefs have soared in popularity, as have old-school cooking-demo shows. 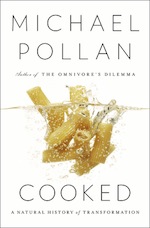 What gives? Why abandon the practice and embrace the spectacle? In his new book Cooked: A Natural History of Transformation, Michael Pollan ventures an answer. We’ve also abandoned other traditional household pursuits like making furniture or clothes, he notes, but “we’re not watching shows or reading books about sewing or darning socks or changing the oil in the car.” Our flight from the kitchen has left a void, an itch we can’t scratch; unlike other happily discarded activities, cooking “retains an emotional power we can’t shake, or don’t want to.” And so time we once spent doing the act, we now spend watching it.

That pull, he says, emanates from the depths of human history—from the African savannah, circa 1.8 million years ago. Leaning on the work of Harvard anthropologist Richard Wrangam, Pollan claims that cooking, which frees up and concentrates nutrients, probably led to the expansion of the early human brain and sent us down the path that led to civilization. Something so central to the human project cannot be discarded lightly, Pollan insists.

This is a just-so story, of course; there’s no way to judge its truth value. But by linking the rise of food TV with the decline of cooking, Pollan has hit upon a powerful correlation, and he marshals impressive evidence of drastic consequences: the expansion of waistlines and the deterioration of health.

Pivoting off this central insight in Cooked, Pollan has written two different books that exist in some tension. One is a lavish, rollickngly told account of Pollan’s recent culinary education, his path from pedestrian cook to the sort of fellow who maintains a sourdough starter for bread and makes his own beer. The other is a cri de coeur about our exile from the kitchen and an attempt to lead us—men and women alike—back. “My wager in Cooked,” he writes, “is that the best way to recover the reality of food, to return it to its proper place in our lives, is to master the physical processed by which it has been traditionally made.”

The first is an unmitigated triumph. As a longtime cooking nerd, I consumed Cooked like I do a plate of pasta with clams: that is to say, voraciously. Pollan organizes his narrative around four cooking styles correlated to the elements of pre-science Europe: fire (barbecue), water (braising), earth (fermentation), and air (breadmaking). For each, he chooses fascinating and charismatic guides, ranging from the storied North Carolina whole-hog pitmaster Ed Mitchell to the Connecticut “cheese nun” (and Ph.D.-holding microbiologist) Noella Marcellino.

Each of them pops vividly to life on the pages of Cooked, and Pollan places them in an enticing background of deftly researched history, science, and philosophy—and then takes their lessons into his home kitchen for a test run. His legendary chops as a science writer are on full display. Here he is on a loaf of bread, lovingly coaxed from a homemade sourdough starter, as it cooks in his oven:

I closed the oven door gently to make sure I didn’t deflate the risen loaf while it finished baking. I needn’t have worried. By now, the starches in the dough had “gelatinized”—stiffened enough to formalize the matrix of gluten, which had itself stiffened. During the early moments of baking, the cells of the matrix had ballooned under the pressure of gases expanding in the heat. At least for the first six to eight minutes of oven time, new alveoli continue to form, since the yeasts keep working until the temperature reaches a lethal 130 F. During this period, provided there remain enough sugars to feed them, the rapid flush of heat provides one last, climatic burst of fermentation.

Leave it to Pollan to turn the baking of a bread loaf into steamy drama.

Engrossing as they are to read about, none of these adventures are practical on a Tuesday evening after a long day at the office while the kids are screaming for dinner.

Incidentally, Pollan’s terrific bread section offers a possible explanation for the recent rise of “gluten intolerance” and the general bloated feeling one gets from modern bread. Today’s loaves are pumped with fast-acting industrial yeasts and never undergo a lengthy fermentation, Pollan writes. But in that increasingly rare process, “the organic acids produced by the sourdough culture also seem to slow our bodies’ absorption of the sugars in white flour, reducing the dangerous spikes in insulin that refined carbohydrates can cause.” No wonder I feel fine after eating naturally leavened bread.

But as a clarion to lead the masses back to the kitchen, Cooked falls a bit flatter. True, it inspired me to want to expand and deepen my own kitchen practices—it left me eager to launch my own sourdough culture and rekindled a decades-old ambition to brew beer. But I’ve been a passionate home cook for 25 years, and worked in restaurants before that. What about the unsaved? By the time Cooked is cooked, Pollan has roasted a whole pig, been scolded by his private kitchen tutor, a Chez Panisse chef, that the dice on his mirepoix for his daube simply won’t do (not fine enough), and produced a credible boule under the tutelage of the baking wizard who runs San Francisco’s celebrated Tartine. Engrossing as they are to read about, none of these adventures are practical on a Tuesday evening after a long day at the office while the kids are screaming for dinner.

I put the book down wondering if such exertions might, to some, confirm precisely the attitude that Pollan is at pains to dismiss: that cooking is a luxury, a spectator sport, not a daily practice.

But this quibble doesn’t take away from the overall achievement of Cooked. Other writers—Mark Bittman, Suzie Middleton, Tamer Adler—specialize in demonstrating that anyone can cook great from-scratch food without too much fuss or expense. Still others, like Tracie McMillan, have demonstrated the brutal economic realities that undergird our flight from cooking (as with Pollan’s other books, labor and class don’t register in Cooked). What Pollan has done is written a brilliant set of narrative essays on what it means to transform the raw into the cooked—among the most riveting in English since those of MFK Fisher.