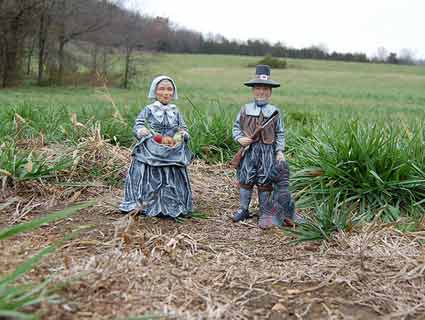 In his 1996 book Tasting Food, Tasting Freedom, the great food anthropologist Sidney Mintz concluded that the United States had no cuisine. Interestingly, Mintz’s definition of cuisine came down to conversation. For Mintz, Americans just didn’t engage in passionate talk about food. Unlike the Spanish and their paella or the French and their cassoulet, most Americans don’t fixate on and quarrel about what comprises, say, an authentic cheeseburger or a proper TV dinner.

But things have changed in the 16 years since Mintz cast his judgement. People are talking about food now—and have become all too obsessed with it, according to some. “Nobody cares if you know about Mozart or Leonardo anymore, but you had better be able to discuss the difference between ganache and couverture,” the literary critic William Deresiewicz recently complained in the New York Times.

Thanksgiving has evolved along with food’s cultural status. I remember when it meant a shriveled up, industrially produced turkey surrounded by side dishes flavored mainly by canned cream of mushroom soup, garnished with cranberry “sauce” that retained the shape of the can from whence it emerged. Now it is greatly fussed over—people are spending more time and money chasing down excellent ingredients, and subjecting them to ever more elaborate preparations.

All of that is great, and a major step forward. But I hope our emerging food fixation also inspires us to think about what Thanksgiving is and why it matters. First of all, of course, we can’t think about it without acknowledging the atrocities of the European settlement of North America—fairy tales about how the holiday emerged from cooperation between settlers and Native Americans aside.

Despite its problematic origins, this holiday long has long seemed like a kind of miracle: a celebration of the harvest and to convivial feasting right here in the nation that invented indiustrial farming, styrofoam-encased fast food, and car dining. If Thanksgiving had been drained of all meaning by the recourse to instant mashed potatoes, I hope it’s not now evolving into a “vehicle of status aspiration and competition, an ever-present occasion for snobbery, one-upmanship and social aggression,” as Deresiewicz described what he called our emerging “foodism.”

In other words, I hope we can all relax a bit about precisely what we’re buying for the table—whether it’s heirloom enough or rarefied enough—and spend more time pondering why it matters where our food comes from. “[W]e eat by the grace of nature, not industry, and what we’re eating is never anything more or less than the body of the world,” Michael Pollan famously observed in The Omnivore’s Dilemma. That’s something to remember on Thanksgiving—and there’s also something that Pollan forgot: human labor.

Calm down, and remember that Thanksgiving is a feast, and feasts are fun.

Just as every apple in your pie and every squash in your soup represents nutrients extracted from soil and petroleum burned in the process of production and distribution, they also represent the effort and skill of farmers and workers. Unfortunately, in the United States as in most of the world, food system workers, from farm fields to meatpacking plants to big-box grocery sections, are among the lowest-paid and most-vulnerable people in the workforce. Spare them a thought, too—and support their efforts to win better pay and treatment.

And also, calm down, and remember that Thanksgiving is a feast, and feasts are fun. Don’t kill yourself in the kitchen. If there’s one thing I’ve hoped to accomplish in my Tom’s Kitchen column, it’s that great-tasting food doesn’t have to mean a high degree of difficulty. Simple techniques can lead to delicious food—and more time to enjoy that food, as well as the company of friends and family in a spirit of gratitude.

To that end, I offer thanks to have found an engaged and smart group of readers with whom to share my investigations of our food system, in all of its awfulness and emerging promise for change. And here are a few Thanksgiving-worthy recipes from the Tom’s Kitchen vault: simple, and, I hope, delicious.

2 Quick and Easy Sides to Spice Up the Thanksgiving Table

Raw Kale Salad, With Hat Tips to Brooklyn and Caesar

Making a Hash of Breakfast (for Thanksgiving morning)

Ice Cream to Melt the Blues