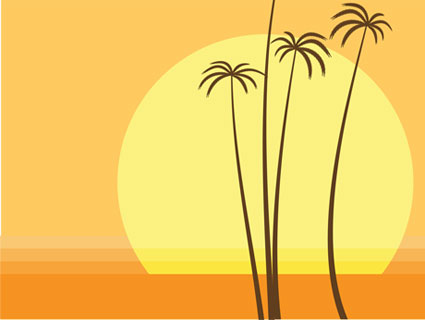 North Carolina is dealing with sea level rise by banning science. California is doing something else: actually making plans.

The Golden State has made itself a leader on climate change in recent years, with initiatives to slash greenhouse gas emissions and amp up renewable energy, and has now just released a hefty report on global warming’s impacts on the state and how it plans to adapt to a hot new West.

The report, put out by the California Energy Commission and Natural Resources Agency on Tuesday, combines the work of dozens of research teams and will lay the foundation for a climate change adaptation strategy for the state, due out by the end of this year. Here are some of the solutions they’ve brainstormed:

1. Chill-out stations. Life in a hotter California is not going to be fun. The state is projected to warm up to 8 degrees by 2100, according to the report, which means more dehydration, more heart attacks, more infectious diseases floating about. The study says cooling centers in cities will be key, and the public health department is pushing to green urban areas, install “cool” roofs and pavement that reflect sunlight, and up the capacity of health centers.

2. Tomato techno-fixes. A weird climate threatens crops throughout the state, which produces nearly half of the nation’s fruits and vegetables. To save the agro industry in California, scientists are looking towards new irrigation technologies, crop diversification, and soil carbon sequestration, which moves CO2 from the atmosphere into the soil through crop residues.

3. “Planned Retreat”. Waters look to rise 55 inches by the end of the century, bringing with them wildly destructive “100-year” storms that would likely hit every year, along with big time flooding. The researchers say upgrading protections around ports, roads, and power plants won’t necessarily be enough to fend of a mad Mother Nature, and are proposing a “planned retreat” in some instances, a.k.a. skedaddling before it’s too late.

4. Water watchdogs. Even as California is being drenched, there will be less water to go around. By the second half of this century, some regions will have 32 percent more “critically dry” years, in which it is “nearly impossible” to satisfy water needs, than in the second half of the last century. The report points to all manner of unsexy things like groundwater monitoring, forecasting, and the alteration of current water allotment systems as crucial to parceling out dwindling water supplies.

5. CSA-style PG&E. Energy supply will be a mess too. Hotter days bring higher electricity demand, but also sap the efficiency of transmission lines. Plus, says the study, they’ll be vulnerable to more frequent wildfires. It recommends moving to solar and wind sources, which are less vulnerable to climate change, as well as locally produced and distributed electricity. Like a CSA, but for PG&E (Pacific Gas and Electric).

6. Mobile ecosystems. The most heart-breaking line of the report is this one: “[Some] climates that currently still exist (such as alpine climates) could disappear entirely in the future.” If climates disappear, habitats disappear, along with the creatures that go in them. The researchers say if endangered species are not able to find their way to more clement regions, we may need to help them relocate ourselves. Sorry coyotes, we messed up. Now get in the van.

In a political climate in which we are still arguing about whether global warming is real, at least one state in the union is stepping it up.