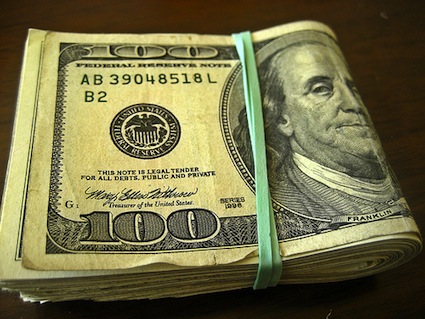 So, how’s the farm bill going? Well, the Senate’s version of it “could have been worse,” I concluded after it passed, straining for positive things to write about it. The House Agriculture Committee’s, though, was a full-on disaster, offering harsh cuts to food aid at a time of high unemployment, fat handouts to big ag, and gratuitous gifts to the biotech/pesticide industry.

The bill is now stalled in the House, in danger of being buried by right-wing backbenchers intent on even deeper food-aid cuts. If the House doesn’t vote on it before the August recess, the most likely outcome is an extension of the 2008 bill—and the 2013 Congress will have to start the farm bill process from scratch. Let’s be blunt: If that scenario plays out, no matter how the November elections go, we’re quite likely to see an equally or more dismal bill emerge next year.

This is tragic. The farm bill, a once-in-five-years piece of legislation, lays out federal food and agriculture policy. At a time of accelerating climate change and other ecosystem crisis, including agriculture-related dead zones in two of our most important fisheries (the Gulf of Mexico and Chesapeake Bay) the time has come to reassess our food system. Meanwhile, a robust sustainable-agriculture has arisen over the past two decades, developing alternative styles of farming that are highly productive, less polluting, and more resilient to climate change. You might think farm policy would be primed to adjust to these developments. Instead, our legislative process is pushing agribusiness as usual.

Why? In its recent report on lobbying leading up the the 2008 farm bill, Food & Water Watch sketches out an answer: Agribusiness interests have essentially bought the farm bill legislative process. FWW found that the 2008 bill drew $173.5 million worth of lobbying—topped only by the Dodd-Frank financial reform bill’s $250 million in terms of lobbying frenzy over major legislation. Even the 2010 healthcare-reform act, which drew the ardent interest of the pharmaceutical, health-insurance, and hospital industries, only inspired $120 million in lobbying cash.

And it’s not just any lobbyists storming the Hill to opine about federal farm policy. Like flies swarming the cesspool of a factory-scale hog confinement, former government officials proliferate in the halls of Congress at farm bill time. Here’s FWW:

On the Farm Bill, special interests hired an army of well-connected lobbyists to press their case with Congress, including 45 former members of Congress, at least 461 former congressional and executive branch staffers (including 86 that worked for former agriculture committee members or the U.S. Department of Agriculture) and a host of K Street ?rms.

The two House reps who presided over the making of the agribiz-friendly 2002 farm bill, former House Agriculture Committee Chairman Larry Combest (R-Texas) and ranking committee Democrat Charlie Stenholm (D-Texas), both cashed in handsomely working the Hill as lobbyists during the 2008 bill, each drawing fees of more than $1 million, FWW reports. Stenholm, who serves as senior policy adviser to the powerhouse lobbying firm OFW Law, is the “distinguished older gentleman” who chastised me for daring to criticise the genetically modified seed industry during my panel discussion at a Croplife America policy forum in May. Stenholm told me he prefers to think of himself as an “educator,” not a lobbyist.

Well, as the Food & Water Watch report shows, he performs his Congressional-educational services on behalf of the GMO seed/agrichemical giant Syngenta, as wells as cotton, meat, dairy, banking, energy, and sugar interests.

Groups representing the general interests of farmers laid out $1.8 million in lobbying—but $1.2 million of that total, FWW notes, came from the American Farm Bureau Federation and its state affiliates. The Farm Bureau, FWW reports, doesn’t really represent farmers at all. Rather, with its sprawling insurance interests and investments in companies like ConAgra, Dow Chemical, DuPont, Tyson,  and Archer Daniels Midland, it represents the “industrial agriculture status quo,” FWW concludes.

Indeed, the Farm Bureau and its lobbying and political-donation warchest epitomize the corporate agenda that dominates ag policy. In a rigorous exposé in The Nation, the veteran journalist Ian T. Shearn documents how the Farm Bureau routinely sides with companies like pork giant Smithfield over family farmers in disputes over placement of huge, fetid factory-scale hog farms. And it flexes its political muscle, both through lobbying and through campaign donations:

In addition to the American Farm Bureau Federation’s twenty-two lobbyists, no fewer than 20 of the state Farm Bureaus, including Missouri, have registered lobbyists in Washington, leading the field of agribusiness lobbyists. Over the past decade, the nation’s ten largest agribusiness interests gave $35 million to Congressional candidates—led by the Farm Bureau, which gave $16 million, or 45 percent of the total. Farm Bureau PACS donated another $16 million to state candidates, according to election records.

As the 2012 farm bill lurches toward either oblivion or dismal passage, it’s hard to see how we’ll ever get decent farm policy until we figure out how to temper the influence of the likes of the Farm Bureau and its corporate allies.