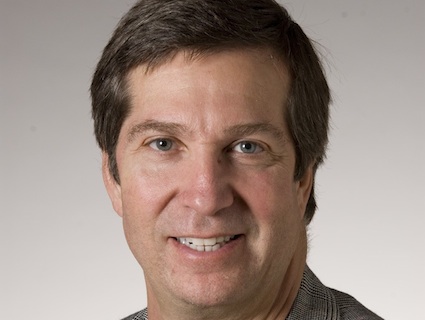 A few weeks ago, I dug into the case of Jon Entine, a consultant/writer who specializes in fierce defenses of agrichemicals like atrazine and industrial chemicals like Bisphenol A (BPA). He had caught my attention with his attack, published on Forbes.com, of Dashka Slater’s profile of Tyrone Hayes, the UC Berkeley professor who found that tiny doses of the widely used herbicide atrazine affects frogs’ sexual development.

Entine fascinates me, because I know of few people not on industry payrolls who hold such passionate regard for profitable stuff that likely harms people and wildlife. As the email exchange that I quoted in my post shows, Entine asserts his own intellectual independence as strenuously as he defends the chemical industry. To hear him tell it, he’s just disinterestedly fighting the good fight for science against the merchants of what he calls “chemophobia.” Even though the homepage of his consultancy, ESG MediaMetrics, claims it “advises corporations and NGOs on Environmental, Social, and Governance issues, and on brand reputation and strategic communications,” and touts Monsanto as a client, Entine told me he does no corporate PR work.

Whatever his motivations, Entine’s zealous advocacy appears to have cost him his most high-profile gig: writing for the Op/Ed section of Forbes.com. At issue is a post  published on the web site early Monday afternoon and took down several hours later. Here is a screenshot of the original. In it, Entine reprints what the article’s headline calls a “leaked memo” from a Natural Resources Defense Council (NRDC) employee regarding Bisphenol A (BPA), an industrial chemical widely used in the lining of cans for food.

A growing weight of evidence suggests that BPA, in tiny doses, mimics estrogen and causes reproductive problems. The Food and Drug Administration’s own scientists have found BPA traces in canned foods, and in 2010 the agency let on that it had “some concern about the potential effects of BPA on the brain, behavior, and prostate gland in fetuses, infants, and young children.” The FDA has announced it will decide by March 31, 2012 whether or not to ban BPA from consumer products—a deadline brought on by a lawsuit from NRDC.

Into this tense milieu stepped Entine brandishing his alleged NRDC memo, which he published in full below a brief introductory note. The rather long and rambling memo—which is signed, “JS,” which, as Entine points out in his intro, are the initials of NRDC senior scientist Jennifer Sass—explains that BPA has been essentially exonerated by science but must be battled anyway. Implication: NRDC and other BPA critics are science-defying kooks out to get the chemical industry by any means necessary.

By Monday last afternoon, a disclaimer to the Forbes post had been added: “(For those of you who don’t get it, this is a satire.)”

But beyond the rather breathless prose of the memo, there was little indication that what Entine was up to was satire. At the bottom, Entine casts doubt on the document’s authenticity: “Is the memo authentic?” he asks. “I suspect ‘no.'” But he doesn’t hint that he had actually written the “memo” himself. One finishes the piece wondering what the hell is going on, not marveling at Entine’s Swiftian gifts.

Not long after, the post had vanished altogether from the Forbes site.

After seeing the original post, my colleague Jaeah Lee contacted NRDC Monday to get the organization’s reaction. “I was skeptical as to whether the memo was authentic, but yeah, I thought Entine was serious, not satirical as he later claimed,” Jaeah told me.

An NRDC press secretary Suzanne Struglinski informed Jaeah via email that the document was fabricated and that Forbes had taken the piece down. Struglinski also passed on Entine’s response to a cease-and-desist letter the group had sent him: “Drop dead. It’s not defamatory, it’s a satire.”

Meanwhile, JunkScience.com—a pro-industry website run by prominent climate change denier Steve Milloy—also ran the piece and took it down, after receiving a cease-and-desist letter from NRDC. In a Tuesday post, Milloy vented spleen on behalf of Entine: “Reluctantly, we will comply with the NRDC’s request [to take the article down] as we can’t afford the legal fees that the $97 million-in-revenue NRDC can afford out of petty cash. Even the deep-pocketed Forbes apparently declined to challenge the NRDC’s attack on free speech.”

As for Entine, he is bitter that his attempt at satire was so ill-received. “No reasonable person could read that memo in its entirety, with my editorial framing at the top and the bottom, which clearly mentioned it was a satire and was not authentic, and believe it was written by [NRDC scientist] Dr. Sass,” he wrote me in an email. (Actually, the original post had no indication of satire; and only at the bottom of his post did Entine write that he “suspect[ed]” the document was inauthentic.)

And by demanding that the piece be taken down, NRDC was “trying to prevent a fair and open dialogue on its questionable campaigning techniques and its misuse of science,” he added. He characterized the organization as a “First Amendment thug” for threatening legal action against him.

He also expressed disappointment in Forbes for not defying NRDC in its demand to take the piece down: “I won’t write for them until they change are willing to stand [sic] behind journalists and not buckle to bullying,” he wrote. And the feeling is evidently mutual: “Under those circumstances they don’t want me to write for them either,” he added. (A Forbes editor declined to comment on Entine’s status with the magazine, calling it an “internal matter” in an email to me.)

Nevertheless, Entine insisted that his piece was “damaging to the NRDC because it highlighted its scientifically-selective pattern of analysis and illustrates, in a satirical way, its willingness to subvert science to ideology,” he wrote.

Actually, I think NRDC stands on solid scientific ground with respect to BPA. Rather than exposing NRDC malfeasance, it seems to me that Entine’s latest intervention on behalf of industrial chemicals succeeded mainly in shutting off his most high-profile forum.