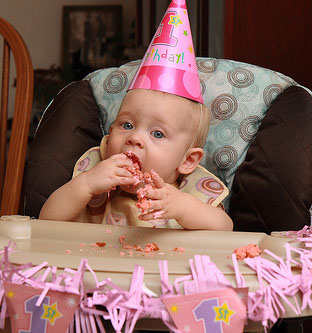 The world population will hit seven billion by October 31, 2011*, the United Nations said Tuesday. If current fertility rates continue, there will be 9 billion of us Earth-dwellers by 2050, and 10 billion of us by 2100—mind-boggling when you consider that we just passed 6 billion in 1999.

This issue was on my mind at several points in the past week. On Friday I was discussing (yes, I’ll admit it) the royal wedding with someone a generation older than me. When I mentioned reports that 2 billion people watched the event (which seems a little far-fetched, to say the least), my older counterpart said that was impossible—half of the world couldn’t have been watching. I had to point out that, while the estimate was still silly, 2 billion is actually only a third of the world these days. The exchange highlighted just how fast the human community is growing. The pace of change is hard to keep up with, and must seem almost inconceivable for older folks who grew up with much more gradual increases in human population.

Population came up again yesterday as I was discussing climate and energy issues on a live radio show. A caller inquired about population issues and why environmentalists never talk about them anymore. No matter what forum I’m in, I always get asked this question, and it’s one that most environmental reporters dread. It’s not that I don’t have a good response. For me, the question isn’t necessarily about population, it’s about use of resources. And on that measure Americans consume far, far more than our more plentiful planet-mates in the developing world. But it’s also about family planning and women’s empowerment—when women have access to information and contraceptives and are able to use them, the number of children they have declines. (My colleague Julia Whitty did an excellent in-depth piece on what is often treated as a third-rail last year.)

For me, one of the most interesting elements of the UN’s latest projection is the indication that these numbers could vary pretty widely if fertility rates change. The Population Division at the UN’s Department of Economic and Social Affairs states that “a small increase in fertility” could mean that the global population is as high as 15.8 billion by 2100. At the same time, a small decrease could cause an overall decline, to 6.2 billion by the end of the century.

Meanwhile, Republicans in Congress have revived the attack on funding for international family planning. But if we end up on the high-end of the UN’s projections, we will have a whole lot of birthday parties to plan for come 2100.

*Corrected from 2010. Thanks, SecularAnimist.