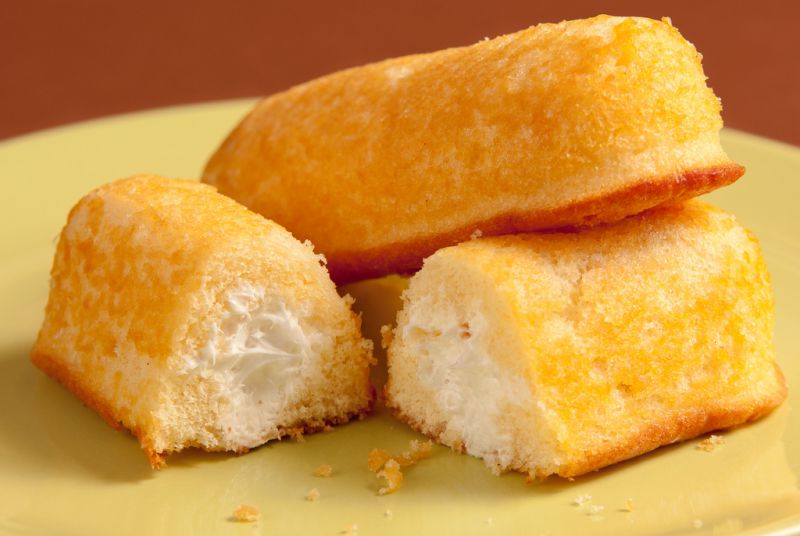 Can you eat lots of Twinkies and still lose weight? For one Kansas State University researcher, the answer is yes. He lost 30 lbs in 10 weeks while  eating very little besides Twinkies, Little Debbie snack cakes, powdered donuts, and Oreos for two months. Although the researcher, professor of human nutrition Mark Haub, cautions that he is NOT, repeat NOT, endorsing this diet for anyone, he said his experiment in junk food showed that the quantity of calories mattered most in weight loss, not necessarily the quality of those calories.

But Haub didn’t just lose weight: he got healthier. During the two-month junk food feast, his bad cholesterol fell by 20% while his good cholesterol increased by the same amount. His triclycerides fell by 39%. Some of this could have been due to the amount of food he was eating: just 1,800 calories a day, as opposed to the 2,600 a man his size would usually consume. All this led me to wonder, if he could actually get healthier in two months simply by eating less, would that be possible for people who have to shop at conveience stores? Is portion size to blame for obesity in low-income urban neighborhoods, rather than the quality of food available?

For those who might think that a convenience store IS enough to sustain a neighborhood, there are quite a few factors to consider. For one, Haub only did the diet for two months. So while his initial results were positive, there’s nothing to confirm it would be a good long-term plan or that it couldn’t contribute to diabetes, cancer, or other diseases. Haub is also an adult, not a child whose development could be stunted by a lack of fresh fruits and vegetables. And finally, Haub supplemented his snack food diet with a daily protein shake and multivitamin, so there’s no telling what his health results would have been without that. Regardless of health implications, it might be nice for those who don’t live close to a grocery to have actual choices, rather than being restricted to a few  shelves of high-cost food items at the corner bodega.

There is a federal response to ameliorate this, H.R. 3100 Food Desert Oasis Act of 2009, but it’s currently cooling its heels in committee. While its encouraging to know a man can live on crap food for a few months without the side-effects seen by Morgan Spurlock in Fast Food Nation, it isn’t justification for the continued reliance on convenience stores for groceries seen in many urban neighborhoods, though doubtlessly opponents will use it as such. Haub’s study is great PR for snack cakes, but not so fabulous for those trying to ensure every neighborhood has access to fresh produce.