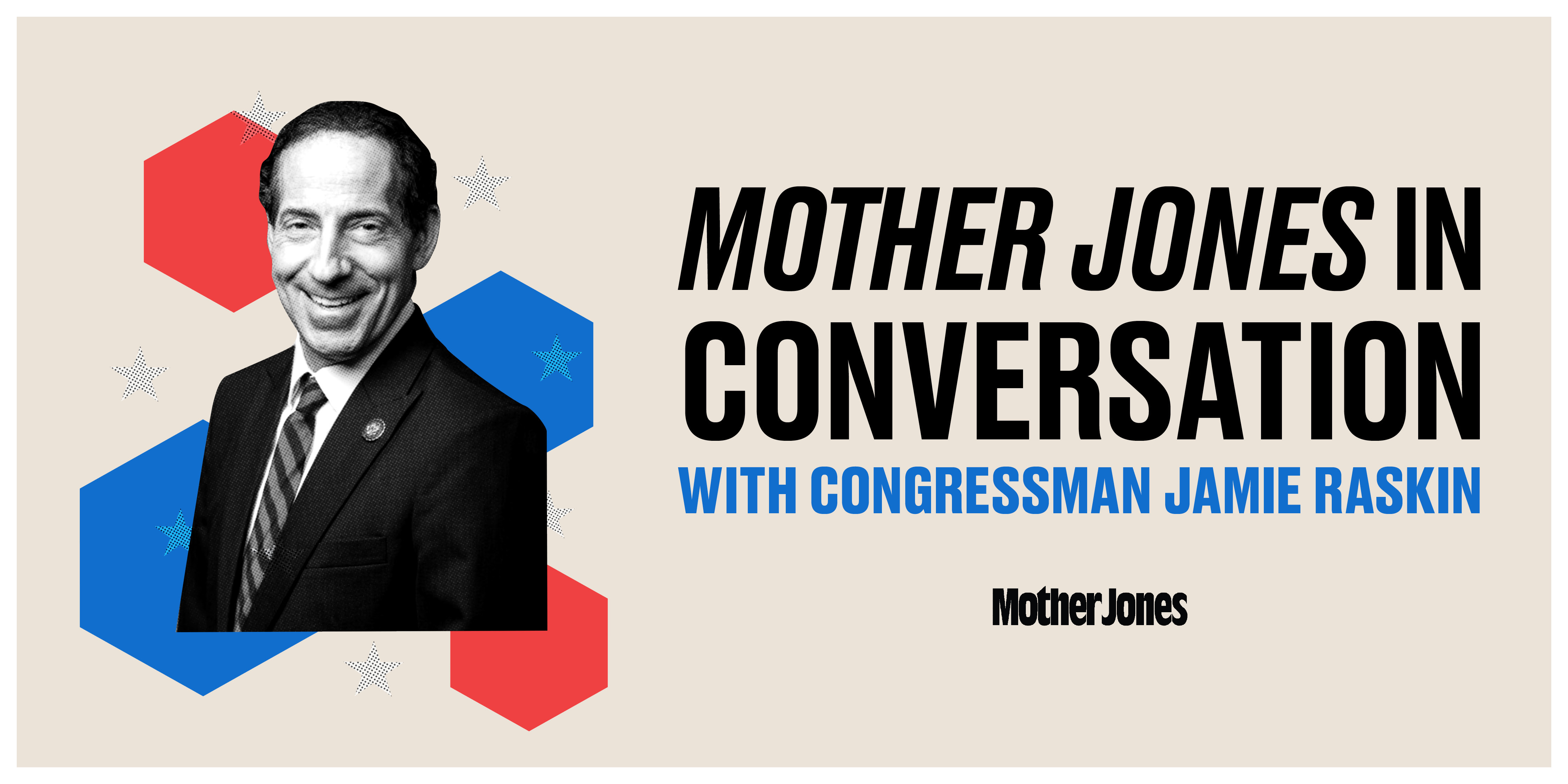 US Rep. Jamie Raskin (D-Md.) has been a longtime champion of oversight, accountability, and justice in our country. A former constitutional law professor and member of the Maryland legislature, Raskin serves on the House Judiciary Committee, the Committee on Oversight and Reform, the Committee on House Administration, and the House Committee on Rules. He chairs the Oversight Committee’s subcommittee on civil rights and civil liberties, where he has investigated the Trump administration’s politicization of the census, the infiltration of law enforcement by white supremacists, and the treatment of immigrants at for-profit detention centers. Earlier this month, Raskin and House Speaker Nancy Pelosi introduced legislation to create a bipartisan commission to determine presidential fitness “in the event of physical or psychological incapacity.”

As we near Election Day 2020, join Rep. Jamie Raskin and Mother Jones’ deputy Washington, DC, bureau chief, Daniel Schulman, as they discuss the current challenges to oversight, how to ensure and restore accountability if Trump is defeated or reelected, and efforts to undermine the election and what we can expect in its aftermath.