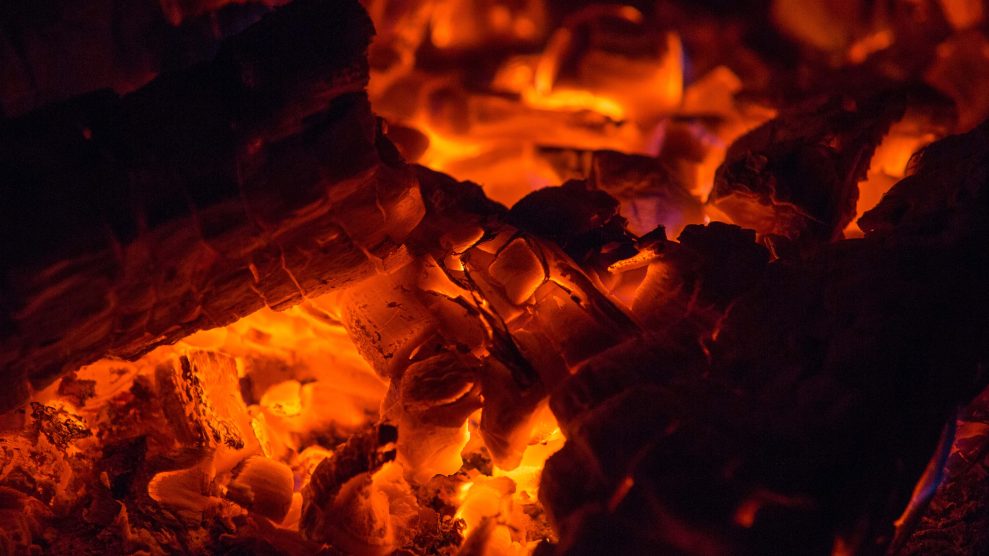 In the past few decades, the European Union has transformed its energy system. In 2005 about 10 percent of all energy consumed in the EU came from renewable sources. Last year that share hit 22 percent—it’s one of the main reasons the bloc’s per capita carbon emissions have rapidly declined in the 21st century. This shift will need to ramp up even further if the EU is to hit its target of net-zero emissions by 2050.

But here’s the weird thing. A huge chunk of that renewable energy comes from burning wood. Nearly 60 percent of all the EU’s renewable energy comes from bioenergy—a catch-all term that encompasses any energy sourced from something recently living. That includes agricultural waste, crops grown for biofuel, and—most importantly—wood from forestry industries. A small proportion of this biomass is turned into biofuels or burned in power plants, but almost three-quarters is burned to warm homes and businesses. And we’re not just talking about wood-burning stoves. Almost all of Sweden’s urban heating is generated by district heating systems, which mostly burn wood produced by the country’s vast and influential forestry industries.

With Russia’s invasion of Ukraine sending energy prices soaring this winter, many Europeans are looking to wood to provide cheap, reliable energy. In Germany, firewood suppliers are facing unprecedented demand, and landowners are reporting that their forests are being plundered by thieves. NGOs have warned that the increased demand for firewood will lead to a rise in illegal logging and put protected forests at risk. “People are going to burn millions of tons of wood this winter, and there’s nothing we can do about it,” says Martin Pigeon, a campaigner at Fern, a forest-protecting NGO.

A big part of the problem is the Renewable Energy Directive (RED)—a piece of European legislation that classifies some wood products as a renewable fuel and funnels subsidies toward burning them. But revisions to the RED are currently being negotiated. Changes to the legislation could bring these incentives to an end.

Launched in 2009, the RED was set up by the EU to direct funding toward renewable energy projects instead of those based on fossil fuels. “The justification for these subsidies and market incentives was to give renewables a market place in a context where fossils were cheaper,” says Pigeon. Since then, the prices of various renewables have tumbled way below those of fossil fuels, but the RED continues to direct billions of euros of funding toward wood burning, which releases more CO2 per unit of energy than some fossil fuels, as well as causing harmful particulate pollution. “Now we’re looking at a situation where it is profitable to burn wood regardless of legislation, and that is very scary,” says Pigeon.

“We need to start putting money where it will help everyone in society, not the polluting industries.”

This might be about to change. The RED is currently being revised in a series of long negotiations between the three different parts of the EU: the Parliament, Commission, and Council. In September, the European Parliament voted to end subsidies for unprocessed wood directly sourced from forests, although a long list of exceptions includes trees cut down due to disease, natural disaster, or fire prevention. Now this legislation must be reviewed by EU member states, which will decide whether they agree with these exclusions and whether they want to phase down the amount of forest wood that can count toward their renewable energy targets. The latter point will prove controversial. In countries like Latvia, Finland, and Sweden, wood-based fuel makes up more than a fifth of renewable energy consumption. Phasing down the renewable status of wood would make it much harder for these countries to achieve their climate goals.

“When we are subsidizing burning of any part of this ecosystem, we are fueling a lose-lose scenario for the climate,” says Lina Burnelius, project leader at Protect the Forest, a Swedish NGO. As well as emitting large amounts of CO2, wood burning incentivizes the logging of forests, which are vital in climate mitigation. It takes trees decades to sequester carbon as they grow, so burning wood today incurs a carbon debt that can only be repaid years into the future. The best way to avoid this debt is simply to leave trees in the ground. Earlier this year an investigation by The New York Times found that trees in a protected forest in Romania were being felled and turned into wood pellets to be burned in stoves and district heating systems across Europe.

Instead of incentivizing the further destruction of forests, we should be channeling more money into insulating homes and installing heat pumps, says Pigeon. Both of these would reduce the demand for energy. And Burnelius points out that we need to make other forms of renewable energy even more desirable than burning wood. For her, that means shifting subsidies for fossil fuels and biomass industries to more strongly support solar, offshore wind, and geothermal energy. “We need to start putting money where it will help everyone in society, not the polluting industries. We cannot go from one climate-harmful fuel to another.”

The money that’s currently channeled into burning could be redirected to help EU citizens pay their fuel bills, says Pigeon. In Central and Eastern Europe, it’s often poorer people who rely on wood stoves to heat their homes—people who will be forced to choose between burning wood or going cold. The solution, Pigeon says, isn’t to ban burning wood, but to change the system so that the most environmentally friendly forms of energy are cheapest.