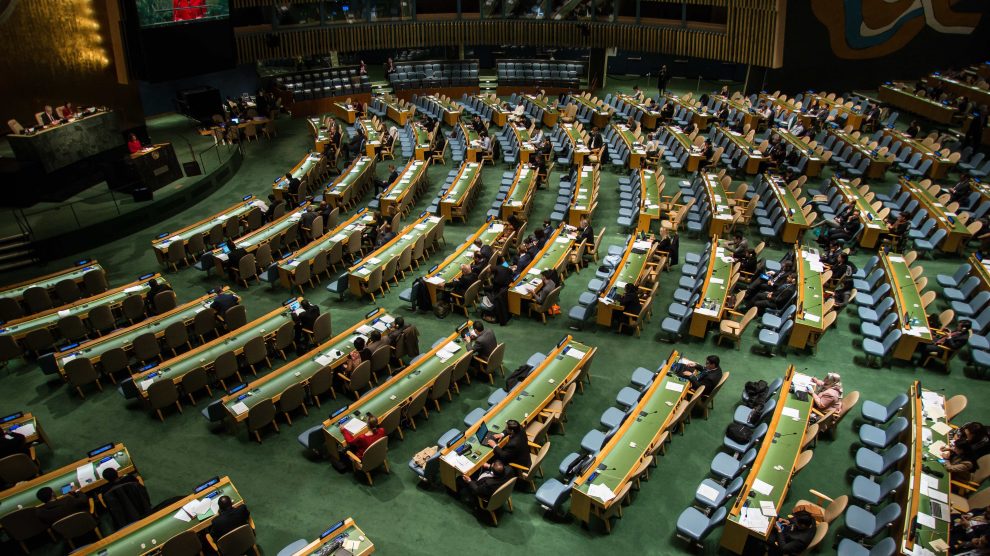 Governments meeting for vital climate talks have been accused of making positive commitments in public but denying them later in the privacy of the negotiating rooms by the Egyptian hosts of the summit.

Wael Aboulmagd, the Egyptian diplomat in charge of running the negotiations at the Cop27 UN climate summit, said: “Political statements and pledges are made in front of the cameras, but in the negotiating rooms it’s back to the adversarial approach. These [publicly positive positions] will not be of value until translated into the negotiating rooms, and that has not been the case so far.”

Egypt has been frustrated by countries making positive statements in public that do not reflect the blocks that have appeared in the negotiations on vital issues such as climate finance, loss and damage, and cuts to greenhouse gas emissions. “We can’t continue on this adversarial path,” Aboulmagd said. “The separation between what is happening in the public sphere and what is happening in the negotiating rooms cannot continue. We all need to show a spirit of compromise.”

The talks begin formally on Sunday in Sharm el-Sheikh, but many delegations have already arrived, and countries have been meeting online and in person in various combinations for months.

On Monday, at least 120 heads of state and government will gather for two days of intensive discussions, to thrash out positions that will be taken by their negotiators over the following two weeks of talks.

Rishi Sunak, the UK prime minister, is expected to attend, having previously snubbed the conference. On Friday, Sunak spoke about the importance of the conference. “As recent events have shown, delivering on the promise of Glasgow is more important than ever,” he said. “More important because every moment we allow climate change to ravage our planet we will see more human suffering like the devastating floods in Pakistan. And more important because if we do not act today, we will risk leaving an ever more desperate inheritance for our children.”

President Joe Biden will attend, though not for the leaders’ summit on the first two days, owing to the US midterm elections. He is expected to make a major intervention at about the midway point of the talks. The French president, Emmanuel Macron, and the European Commission president, Ursula von der Leyen, will also attend, along with a host of African leaders, as this is the first Cop to take place in Africa for six years.

China’s president, Xi Jinping, is expected to stay away, as are Narendra Modi of India and Russia’s Vladimir Putin.

The talks are taking place in the shadow of global upheaval, owing to the Ukraine war and the energy, food and cost of living crises around the world. Few governments of rich countries are planning to set major new goals on cutting carbon emissions, or on providing new financial help to developing countries struggling with the impacts of the climate emergency.

Sameh Shoukry, the Egyptian foreign minister who will preside over the talks, told the Guardian in an interview that the prospect of limiting global temperatures to 1.5 C was more fragile than ever.

Climate finance will be a key bone of contention at the talks, along with the vexed question of loss and damage, which refers to assistance for the severe impacts that vulnerable countries are increasingly facing from extreme weather.

Many countries want loss and damage to feature prominently on the Cop27 agenda, but that cannot be formalized until Sunday when the talks begin.

Aboulmagd said showing progress on climate finance was key. Developing countries have been promised $100 billion a year would be provided from 2020, to help them cut emissions and adapt to the impacts of extreme weather, but that pledge has not yet been met.

“The $100 billion is not going to come close to even a fraction of the sums needed, those numbers are in the trillions,” said Aboulmagd. “But it is a very important gesture of a symbolic nature, showing confidence and creating trust.”

He said fossil fuel companies would only be allowed to participate in key discussions at Cop27 if they could demonstrate that they were taking a lead in decarbonizing. Civil society participants have been concerned in the run-up to the talks that their activities would be restricted, as Egypt is an authoritarian state that clamps down on protest.

Aboulmagd said a public demonstration would be permitted in Sharm el-Sheikh, but that protesters would have to register and be accepted before joining the march.