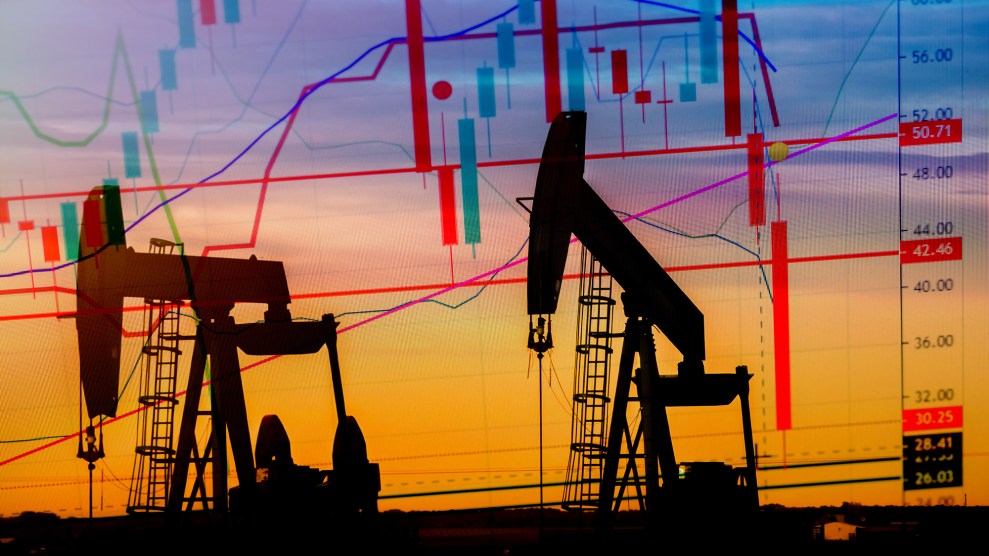 All three continue investing heavily in greenhouse-gas-emitting projects with no adequate plan on transitioning away from oil and gas, according to the analysis by two financial watchdog nonprofits of publicly available information. The firms also have scant transparency on political and climate lobbying, the report finds.

Private equity refers to an opaque form of financing away from public markets in which funds and investors buy and restructure companies including startups, troubled businesses and real estate operations.

“Private equity firms have created large climate risks for the investors providing the capital” including government workers whose pensions are invested.

The eight firms on the scorecard manage a combined $3.6 trillion in assets including about $216 billion in energy projects—an amount equivalent to the fossil fuel financing by the world’s five biggest banks last year.

Carlyle is rated F, the lowest in the climate credentials scorecard that has been created by the Private Equity Stakeholder Project (Pesp) and Americans for Financial Reform Education Fund (Afref).

More than three-quarters of Carlyle’s energy investments are in fossil fuels, and just over 60 percent of its 2022 first half profits came through its subsidiary NGP Energy Capital, which focuses almost exclusively on oil and gas projects.

Last year Warburg Pincus announced that it would not seek further fossil fuel investments in its next buyout, yet since then its dirty energy portfolio has expanded.

KKR, one of the world’s wealthiest private equity firms, has said it will continue to invest in fossil fuel projects despite publishing a climate action strategy.

Among the worst downstream polluters is Blackstone, which also scored a D rating, with its power plants emitting almost 20 million tons of planet-warming carbon dioxide in 2020—equivalent to the annual emissions of nearly 4 million gas-powered cars, according to the report.

Higher atmospheric and ocean temperatures are directly linked to the rise in catastrophic events such as drought, extreme temperatures and hurricanes, which in 2021 cost $152.6 billion in the US alone.

“The scorecard provides important information and analysis that can help investors and communities understand what these firms are doing, and makes very clear that the firm’s climate commitments are largely empty words, said Oscar Valdes Viera, research manager at Afref and co-author of the climate risks scorecard.

Globally, private equity manages trillions of dollars for wealthy individuals and institutional investors such as mutual funds, endowments, and pension funds. The industry has invested an estimated $1 trillion in the energy sector since 2010, and while there’s been growth in renewables, the lion’s share is still in oil, gas, and coal.

Yet unlike banks and other publicly listed companies, private equity firms are exempt from most financial disclosure rules, making it extremely difficult to track their assets—or risks. This means ordinary workers like firefighters, nurses and teachers—whose pension funds are invested in private equity funds—have little way of knowing if their retirement nest egg is tied up in fossil fuels, which scientists warn must be phased out to limit the extent of global heating.

Last week the federal reserve announced plans to require banks to assess the impact of the climate crisis and energy transition on their long-term financial position, but the US central bank has no power over private equity firms.

Earlier this year, the Guardian published a snapshot of the industry’s involvement in some of the country’s most controversial fossil fuel investments. The climate risk scorecard digs deeper into the risks surrounding dirty investments and ranks the worst offenders against each other.

Asset managers typically hold on to companies for five years, so they could divest from fossil fuels this decade, yet only one firm, Brookfield/Oaktree (D rating) has reported even a partial plan on transitioning its portfolio away from polluting energy sources, the report found. The company’s stated ambitions include achieving net zero emissions by 2050, after reducing them by two-thirds by 2030 across one-third of its assets. Currently, fossil fuels comprise 53 percent of Brookfield’s energy portfolio. (Oaktree declined to provide information to researchers.)

“Private equity firms have created large climate risks for the investors providing the capital, especially as they act as fiduciaries of public sector workers’ retirement savings. As societal sentiment grows in support of a clean energy economy, the risk of doubling down on dirty energy assets is becoming clear,” said Riddhi Mehta-Neugebauer, Pesp climate research director.

A spokesperson for Carlyle said: “Carlyle’s approach to invest in, not divest from, the energy transition is a different one, grounded in seeking real emissions reductions within portfolio companies over the long term.”

Warburg Pincus said it was trying to be more transparent about greenhouse gas emissions and that it was “focusing all new energy investments in companies that will benefit from the transition to a low-carbon economy.”

A Blackstone spokesperson said: “We have invested approximately $16 billion in projects and companies that are consistent with the broader energy transition over the past three years.”

KKR did not comment directly, but has previously said that investing in the energy transition is important for the environment, economy and national security.

The best performer was TPG, which scored a B rating thanks to its relatively small number of fossil fuel investments.