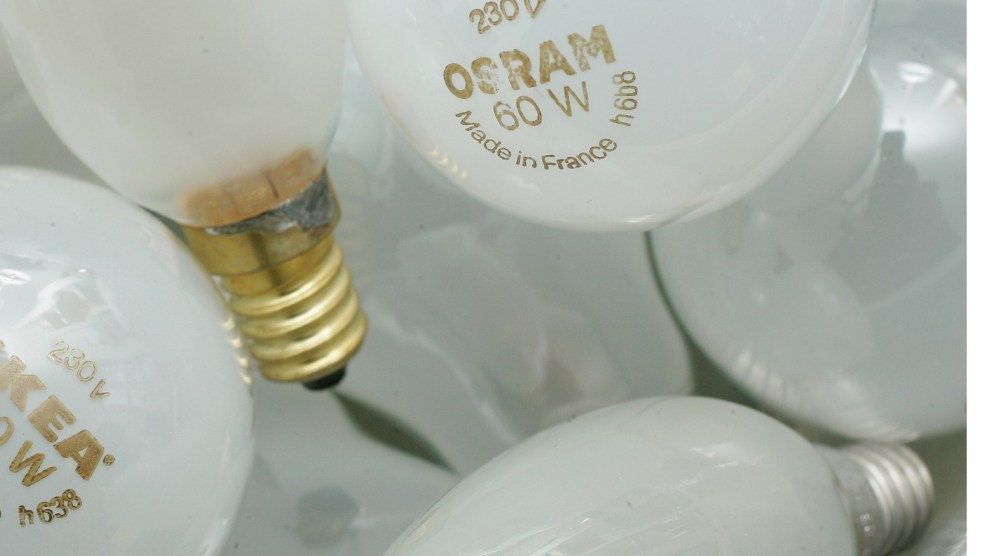 The Biden administration has moved to reverse the depredations endured by one of the more unusual targets of Donald Trump’s culture wars during his time as US president: the humble lightbulb.

The Department of Energy has put forward a new standard for the energy efficiency of lightbulbs that would essentially banish the era of older, incandescent technology in favor of LED lighting.

The absence of lightbulb regulations helps worsen the climate crisis and wastes households money, according to the American Council for an Energy-Efficient Economy. The group has found the use of wasteful incandescent lights is costing Americans nearly $300 million a month in needless electricity bills and releasing 800,000 tons of carbon dioxide over the lifetimes of the inefficient bulbs sold each month.

Trump, however, was not enamored by LED lights while he was in the White House. The twice-impeached president said that he looks “better under an incandescent light than these crazy lights that are beaming down,” complaining in 2019 that he “always looks orange” under LED lights. He claimed that if LEDs break they become “a hazardous waste site” and are “very dangerous with all of the gases.”

Trump, who also used his position at the zenith of global power to voice outrage over toilets that he said required flushing “10 times, 15 times, as opposed to once,” vowed to bring back the older lightbulbs, with the White House declaring that the real estate developer and former Apprentice host was allowing Americans to “go ahead and decorate your house with whatever lights you want.”

Trump’s Department of Energy followed this lead, blocking a rule that would have led to the phase-out of incandescent lightbulbs. The move, the administration said, would save consumers money and remove unnecessary government inference in the market.

The new rules, DOE says, will reduce emissions by 222 million metric tons over 30 years and save nearly $3 billion.

The DOE has consistently found, however, that installing LED bulbs in light fixtures can save people hundreds of dollars over the lifetime of the bulbs. While LEDs have traditionally been more expensive than incandescents, which are based upon a technology devised by Thomas Edison, their cost has dropped by nearly 90 percent over the past decade.

Incandescent lightbulbs still make up about a third of all bulb sales in the United States and the DOE said the new standard, which will go through a period of public comment, will reduce greenhouse gas emissions by 222 million metric tons over the next 30 years and save consumers nearly $3 billion in annual net costs.

The new standard will be implemented in staggered fashion after lobbying from manufacturers, however, which could lead to several years of further incandescent sales. “This progress is welcome news for consumers and for the planet, but the administration is not acting here with the urgency needed to address the climate crisis,” said Steven Nadel, executive director of the American Council for an Energy-Efficient Economy.

Andrew deLaski, executive director of the Appliance Standards Awareness Project, added: “It’s time to get this done. The manufacturers have already received a couple extra years beyond Congress’s deadline to sell bulbs that have a short lifespan and waste a lot of energy. Now they’re pushing for more. The department needs to remember that any extra time it takes and compliance flexibility it gives come at the expense of consumers and the climate.”