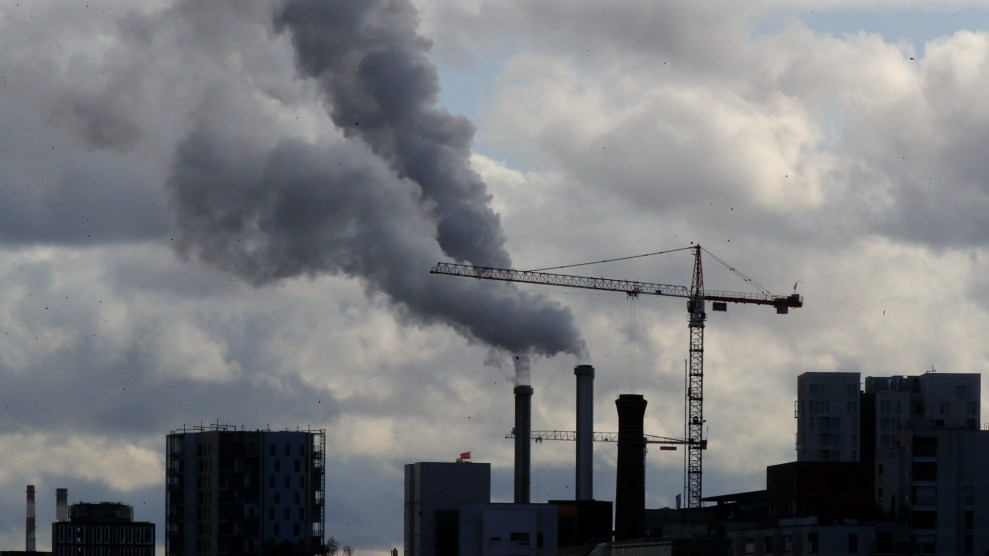 The fossil fuel industry benefits from subsidies of $11 million every minute, according to analysis by the International Monetary Fund.

The IMF found the production and burning of coal, oil and gas was subsidized by $5.9 trillion in 2020, with not a single country pricing all its fuels sufficiently to reflect their full supply and environmental costs. Experts said the subsidies were “adding fuel to the fire” of the climate crisis, at a time when rapid reductions in carbon emissions were urgently needed.

Explicit subsidies that cut fuel prices accounted for 8 percent of the total and tax breaks another 6 percent. The biggest factors were failing to make polluters pay for the deaths and poor health caused by air pollution (42 percent) and for the heatwaves and other impacts of global heating (29 percent).

“Holding down fossil fuel prices is a highly inefficient way to help the poor, because most of the benefits accrue to wealthier households.”

Setting fossil fuel prices that reflect their true cost would cut global CO2 emissions by over a third, the IMF analysts said. This would be a big step towards meeting the internationally agreed 1.5 degrees Celsius target. Keeping this target within reach is a key goal of the UN Cop26 climate summit in November.

Agreeing rules for carbon markets, which enable the proper pricing of pollution, is another Cop26 goal. “Fossil fuel price reform could not be timelier,” the IMF researchers said. The ending of fossil fuel subsidies would also prevent nearly a million deaths a year from dirty air and raise trillions of dollars for governments, they said.

“There would be enormous benefits from reform, so there’s an enormous amount at stake,” said Ian Parry, the lead author of the IMF report. “Some countries are reluctant to raise energy prices because they think it will harm the poor. But holding down fossil fuel prices is a highly inefficient way to help the poor, because most of the benefits accrue to wealthier households. It would be better to target resources towards helping poor and vulnerable people directly.”

With 50 countries committed to net zero emissions by mid-century and more than 60 carbon pricing schemes around the world, there are some encouraging signs, Parry said: “But we’re still just scratching the surface really, and there’s an awful long way to go.”

The G20 agreed in 2009 to phase out “inefficient” fossil fuel subsidies and in 2016, the G7 set a deadline of 2025, but little progress has been made. In July, a report showed that the G20 countries had subsidized fossil fuels by trillions of dollars since 2015, the year the Paris climate deal was reached.

“To stabilize global temperatures we must urgently move away from fossil fuels instead of adding fuel to the fire,” said Mike Coffin, senior analyst at the think tank Carbon Tracker. “It’s critical that governments stop propping up an industry that is in decline, and look to accelerate the low-carbon energy transition, and our future, instead.

“As host of Cop26, the UK government could play an important global leadership role by ending all subsidies for fossil fuels, as well as halting new North Sea licensing rounds,” he said. The International Energy Agency (IEA) said in May that the development of new oil and gas fields must stop this year to meet climate goals.

The comprehensive IMF report found that prices were at least 50 percent below their true costs for 99 percent of coal, 52 percent of diesel and 47 percent of natural gas in 2020. Five countries were responsible for two-thirds of the subsidies: China, the US, Russia, India, and Japan. Without action, subsidies will rise to $6.4 trillion in 2025, the IMF said.

Proper pricing for fossil fuels would cut emissions by, for example, encouraging electricity generators to switch from coal to renewable energy and making electric cars an even cheaper option for motorists. International cooperation is important, Parry said, to allay fears that countries could lose competitiveness if their fossil fuel prices were higher.

The analysis found that prices were at least 50 percent below their true costs for 99 percent of coal, 52 percent of diesel, and 47 percent of natural gas.

“The IMF report is a sobering reading, pointing to one of the major defects of the global economy,” said Maria Pastukhova, at the thinktank e3g. “The IEA’s net-zero roadmap projects that $5 trillion is necessary by 2030 to put the world on the pathway to a climate-safe world. It is maddening to realize the much-needed change could start happening now, if not for governments’ entanglement with the fossil fuels industry in so many major economies.”

“Fossil fuel subsidies have been a major stumbling block in the G20 process for years,” she said. “Now all eyes are on the G20 leaders’ summit in late October.”

Ipek Gençsü, at the Overseas Development Institute, said: “[Subsidy reform] requires support for vulnerable consumers who will be impacted by rising costs, as well for workers in industries which simply have to shut down. It also requires information campaigns, showing how the savings will be redistributed to society in the form of healthcare, education and other social services. Many people oppose subsidy reform because they see it solely as governments taking something away, and not giving back.”