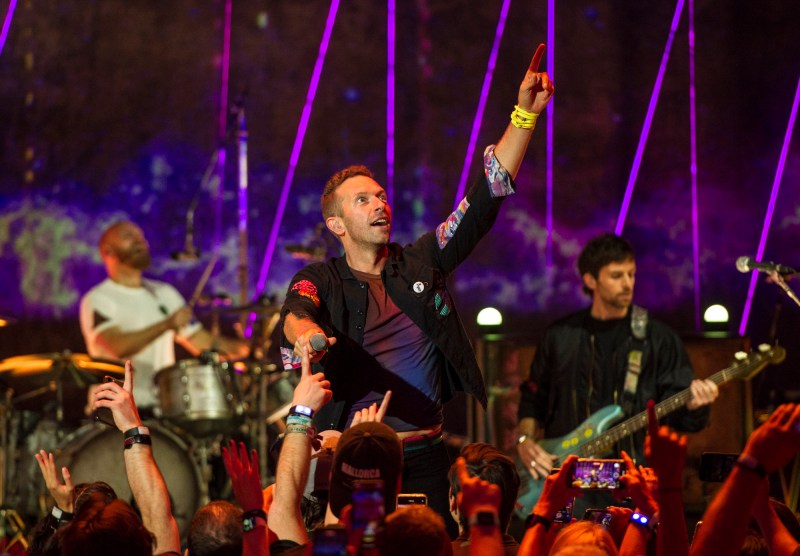 Coldplay have announced a new world tour, and with it a range of initiatives designed to mitigate its environmental impact.

The band have pledged to cut CO2 emissions by 50 percent compared with their 2016-17 world tour, and “almost entirely” use renewable energy to power their stage show.

A “kinetic floor” will be installed so that the energy created by fans during the show can be harnessed; solar panels will be installed on the floors, stage and elsewhere in open-air stadiums as soon as the band arrive, to generate power in the run-up to the show. Battery and mains power will also be drawn from renewable sources. The stage itself will be built from reusable and sustainable materials including bamboo and recycled steel.

The route of the tour has been designed to minimize flights, and the band will pay a surcharge for more sustainable air fuel.

“We won’t get everything right, but we’re committed to doing everything we can and sharing what we learn.”

Fans who commit to low-carbon travel, proven via an app, will get discounts at the venues. At least one tree will be planted for every ticket sold, and the band will monitor how fans travel to the shows based on info volunteered to the app, calculate the emissions, and pledge to “drawdown” those emissions through “rewilding and conservation.”

The light-up wristbands worn by fans—a key part of Coldplay’s shows—will be made of compostable materials and many will be reused, with production of the wristbands reduced by 80 percent. The confetti used will be biodegradable, and the band will “strive to eliminate the sale of single-use plastic water bottles.”

The band said: “The planet is facing a climate crisis. So we’ve spent the last two years consulting with environmental experts to make this tour as sustainable as possible, and, just as importantly, to harness the tour’s potential to push things forward. We won’t get everything right, but we’re committed to doing everything we can and sharing what we learn.”

The 30-date tour begins in Costa Rica on March 18, and will travel to the Dominican Republic, Mexico, the US, several countries in continental Europe and the UK, finishing in Brazil. The UK dates are three nights at Wembley Stadium in August, with another at Hampden Park in Glasgow.

Coldplay release a new album on Friday, Music of the Spheres, whose bright pop aesthetic is a marked change in tone from their previous album Everyday Life.

The band did not tour that 2019 album, instead playing a handful of one-off concerts. Frontman Chris Martin explained: “We’re taking time over the next year or two, to work out how our tour can not only be sustainable [but] how can it be actively beneficial. All of us have to work out the best way of doing our job.”

The music industry has been reckoning with its substantial carbon output from touring, generated by transporting not just bands but large stage sets and crews from continent to continent.

Massive Attack recently commissioned a University of Manchester report on touring, which called on artists to stop using private flights, and for festivals and venues to reduce the intensity of their electricity use.

UK independent music labels such as Ninja Tune and the Beggars Group of labels, including XL and 4AD, have recently made pledges concerning manufacturing, business travel and energy use.

Harry Styles, Tame Impala, Pink and the 1975 are among the artists who have partnered with the organisation Reverb for their tours. Reverb encourages attendees not to use single-use plastic, and calculates the carbon emissions of a tour to fund “global projects that directly eliminate an equivalent amount of greenhouse gas pollution.” Such offsetting projects have been criticised, however, as being much less desirable than not emitting CO2 in the first place.