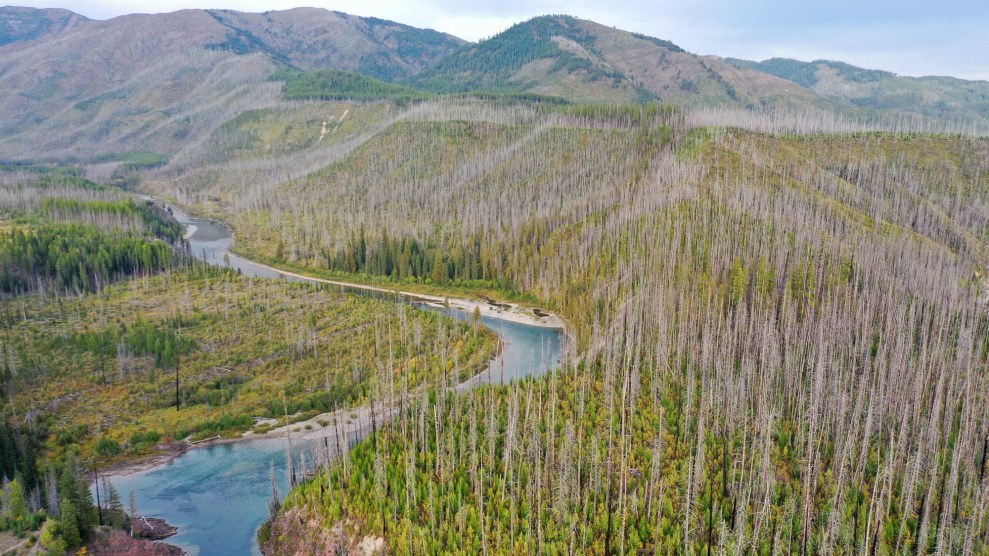 After decades of negotiations, the Confederated Salish and Kootenai Tribes (CSKT) have finalized a $1.9 billion water rights settlement that resolves thousands of tribal claims tied to waterways throughout western Montana.

U.S. Secretary of the Interior Deb Haaland signed the long-pending water compact last week, executing a complex agreement that confirms CSKT’s water rights and authorizes funding to modernize a federal irrigation project comprising 1,300 miles of aging canals also known as the Flathead Indian Irrigation Project. The agreement, which was initially introduced in Congress in 2016 before being passed last year, also provides funding for habitat restoration and transfers control of the National Bison Range to the tribes.

Although the compact requires CSKT to relinquish thousands of off-reservation water rights claims, the final agreement received broad support from both the tribes and many of the non-Native water users who rely on rivers that flow through tribal lands in Montana.

According to attorneys involved in the negotiations, the $1.9 billion being put into trust represents the largest amount ever awarded to a tribe as part of a water rights settlement.

“Our elders continually remind us to protect our water and this day marks the beginning of the water compact implementation that will protect the water for all generations to come,” CSKT Chairwoman Shelly R. Fyant said in a prepared statement. “The many people who worked on this, especially those who are no longer with us, I’d like to honor them for their efforts allowing us to reach this point. They were all instrumental in realizing this long-awaited vision.”

“The settlement provides water to fulfill the purpose of the reservation—which is a permanent homeland for the tribes.”

The dispute stems from the 1855 Treaty of Hellgate, which created the 1.25 million-acre Flathead Indian Reservation in northwestern Montana. Arguing that a provision of the treaty gives the CSKT exclusive water rights for fishing in streams both on and off the reservation, the tribe made more than 10,000 water rights claims throughout the state—all of which would have had to be litigated in court.

To avoid years of costly litigation, the tribe chose to negotiate the settlement, which quantified extensive water rights for both consumptive and instream uses both on and off the reservation, including co-ownership of certain rights with the Montana Department of Fish, Wildlife and Parks.

“The settlement provides water to fulfill the purpose of the reservation—which is a permanent homeland for the tribes,” said Ryan Rusche, an attorney for the CSKT, “while at the same time protecting existing non-Indian uses of water on the reservation, where there is a significant irrigation-based economy. It really epitomizes the creativity that can be involved in a negotiated settlement as opposed to a decision by a court.”

Rusche said the new water board will regulate both federally reserved tribal water rights and state-based water rights. The new framework is key to regulating the 127,000-acre Flathead Indian Irrigation Project, where the majority of water users are non-Native, Rusche added.

Noting the regulatory deadlock that existed prior to the settlement, water rights attorney Jay Weiner said the joint regulatory body is a unique solution that will avoid disputes that would arise if the tribe and the state operated under separate legal frameworks.

“It’s an entirely new regulatory framework for the state of Montana and the Flathead Reservation,” said Weiner, who represented the state in the CSKT settlement negotiations from 2004 to 2013. “So, for the first time in basically 25 years, there is going to be a regulatory scheme on the reservation that allows for new water rights to get recognized.”