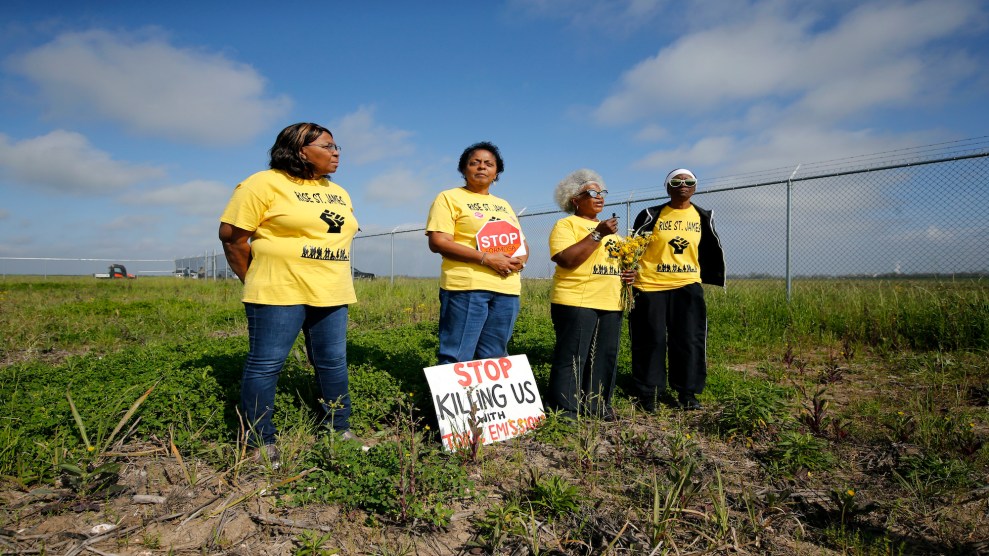 The US government has placed further delays on a proposed multibillion dollar plastics plant in south Louisiana, marking a major victory for environmental activists and members of the majority Black community who have campaigned for years against construction.

The planned $9.4 billion petrochemical facility, owned by Formosa Plastics, would roughly double toxic emissions in its local area and, according to environmentalists, release up to 13 million tons of greenhouse gases a year, the equivalent of three coal-fired power plants, to become one of the largest pollution-causing plastics facilities in the world.

The 14 separate plastic plants, spread over a gargantuan 2,300 acres of land in St James Parish, could also emit up to 15,400 pounds of the cancer causing chemical ethylene oxide.

The Corps of Engineers pledged to “thoroughly review areas of concern, particularly those with environmental justice implications.”

On Wednesday, the US Army Corps of Engineers, the agency responsible for granting construction permits under the Clean Water Act, announced it would commission a full environmental impact statement, which advocates say could delay future construction for a number of years. The announcement comes after the agency suspended an earlier permit last November, after acknowledging errors in its original analysis.

In a short memo, Jaime Pinkham, the acting assistant secretary for the Army for civil works, offered little detail on the parameters of the new review, but said it would “thoroughly review areas of concern, particularly those with environmental justice implications.”

The decision was made as the agency committed to “be a leader in the federal government’s efforts to ensure thorough environmental analysis and meaningful community outreach,” the memo stated—an indication that the new review would be more comprehensive than the last.

Sharon Lavigne, a member of the local environmental group RISE St James, said the announcement marked a recognition that the agency had “finally heard our pleas and understands our pain.”

She said: “Nobody took it upon themselves to speak for St James Parish until we started working to stop Formosa Plastics. Now the world is watching this important victory for environmental justice.”

The planned construction, branded the Sunshine Project and proposed by a Formosa subsidiary named FG LA LLC, has been the subject of a number of federal and state lawsuits. It has attracted substantial local, national, and international media attention, including sustained coverage by the Guardian, leading to civil rights leaders including Rev William Barber, placing it at the centre of national environmental justice campaigns.

The site sits in a heavily industrialized region between New Orleans and Baton Rouge, known colloquially as Cancer Alley. Earlier in the year the United Nations called for the end of new construction in the area and branded pollution issues in the region a form of environmental racism.

Throughout the 2020 presidential election, Joe Biden made frequent references to Cancer Alley and called the region out by name when signing a series of climate and environmental justice orders. The issue of toxic air pollution also became a critical topic during a recent congressional election to replace the region’s former US congressman Cedric Richmond, who joined the Biden administration.

On Wednesday, a spokeswoman for the Sunshine Project, Janile Parks, said the short memo from the Army Corps of Engineers “provides little detail” on the agency’s new evaluation. The company committed to “continue to work with the corps as we receive more guidance on the additional evaluation.”