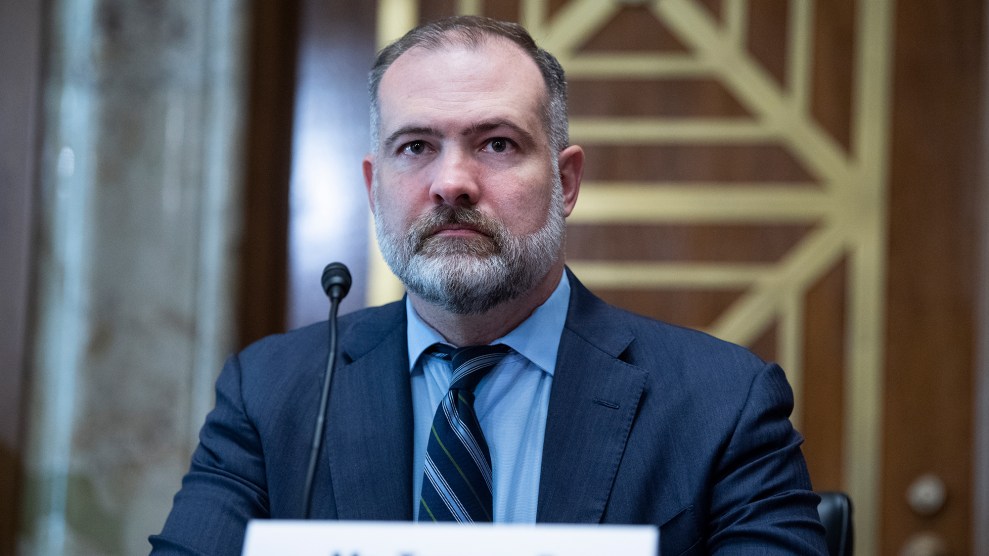 President Joe Biden’s nominee for the second-highest position at the Department of the Interior has a list of potential conflicts of interest that rivals that of Trump administration Interior Secretary David Bernhardt, whose ties to industry and his revolving-door experience earned him labels like the “ultimate D.C. swamp creature.”

Bernhardt, a former fossil fuel lobbyist, first served as deputy secretary and in 2019 took over when Donald Trump’s first interior secretary, Ryan Zinke, resigned. The number of issues he had to recuse himself from due to his past work was so extensive he carried around a card listing former clients. Tommy Beaudreau, Biden’s choice for deputy Interior secretary, may very well need to do the same.

Beaudreau’s list dwarfs the 17 clients Bernhardt named in his 2017 financial disclosure. Beaudreau also earned twice as much over the last year than Bernhardt did in the year before joining Trump’s Interior Department. He brought in $2.4 million from Jan. 1, 2020, to March 17, 2021, compared with Bernhardt’s $1.1 million in 2016. “To me, it’s pretty disqualifying,” said Brett Hartl, government affairs director at the Center for Biological Diversity. “This is a massive amount of conflict, and frankly he has biases that I think are going to be difficult to reconcile.”

The White House did not respond to HuffPost’s request for comment. The Interior Department declined to comment.

Beaudreau, an Interior Department official in the Obama administration, became Biden’s nominee for the deputy post after the White House backed away from its initial choice, Elizabeth Klein.

Under President Barack Obama, Beaudreau served as the first director of the Bureau of Ocean Energy Management and later chief of staff to then-Interior Secretary Sally Jewell. At the end of Obama’s second term, Beaudreau spun through Washington’s revolving door and developed numerous ties to industry.

More than two dozen groups signed a letter calling Beaudreau “too cozy with the industry that is most responsible for the escalating climate crisis.”

Beaudreau has received mixed reviews from environmental and progressive groups. Jennifer Rokala, executive director of the Colorado-based Center for Western Priorities, called him “exceedingly qualified” and said his “expertise will be critical in advancing the Biden administration’s vision for conserving our nation’s natural heritage and confronting the climate crisis.”

But ahead of his confirmation hearing Thursday, more than two dozen organizations, including the Center for Biological Diversity, 350.org and the Revolving Door Project, signed on to a letter calling on members of the Senate Committee on Energy and Natural Resources to vote down his nomination. They wrote that Beaudreau is “too cozy with the industry that is most responsible for the escalating climate crisis, and would likely undermine the President’s stated goal of reducing greenhouse gas emissions 50% by 2030.”

Jeff Hauser, director of the Center for Economic and Policy Research’s Revolving Door Project, told HuffPost that Beaudreau’s nomination is “a huge win for firms that profit off of public lands.”

“The fact that he worked for a Democrat and is willing to work for these energy firms and these energy investors, that is what makes him a unicorn,” Hauser said. “There just aren’t many willing to do this revolving-door work in fossil fuels.”

Latham & Watkins received an F grade in Yale Law School’s 2020 scorecard analyzing major law firms’ roles in driving climate change. The firm was the only one that ranked in the Top 5 worst law firms for both transactional work and litigation for fossil fuel interests.

Republican lawmakers took a much friendlier tone with Beaudreau than they had with new Interior Secretary Deb Haaland.

Unlike Interior Secretary Deb Haaland, whom Republicans attacked as an “extreme,” “radical” threat to America’s fossil fuel economy, Beaudreau sailed through his confirmation hearing Thursday. Republican lawmakers took a much friendlier tone with Beaudreau than they did with Haaland during her confirmation earlier this year. Sen. John Barrasso (R-Wyo.), the committee’s ranking Republican, told Beaudreau that he hopes he’ll “serve as a voice of reason in an administration that is waging an economic war” on fossil fuel-producing states.

“You know from personal experience the critical importance of energy production to the livelihoods of Americans all across the United States,” Barrasso said during the hearing, noting that Beaudreau’s father worked in the Prudhoe Bay oil field in Alaska. “Your appreciation of the benefits that energy production on public lands affords to millions of Americans is very welcome news.”

Beaudreau told lawmakers it is essential that the United States both maintain its energy security and rein in planet-warming greenhouse gas emissions.

“Secretary Haaland has inspired millions of Americans with her historic vision for the department,” he said. “And I will be deeply invested in supporting her in achieving that vision—promoting equity and confronting injustice, bringing America’s lands, water and people to bear in tackling the great climate and conservation crises facing us today, and ensuring the nation’s public lands and wildlife are conserved for future generations.”

Sen. Angus King (I-Maine) was the only committee member who asked Beaudreau about his industry ties and potential conflicts. Beaudreau said he’s already begun working with career ethics staff at the Interior Department and would comply with all ethical obligations if confirmed. He has signed an ethics agreement committing to recuse himself from matters involving former clients for two years, as required by law.

Beaudreau also defended his environmental record. “I am accepting of the scrutiny and criticism that comes with holding these roles,” he said. “I’ll admit that I’m a little bewildered by some of the criticism, given what I believe was a very strong track record during the Obama administration on conservation.”