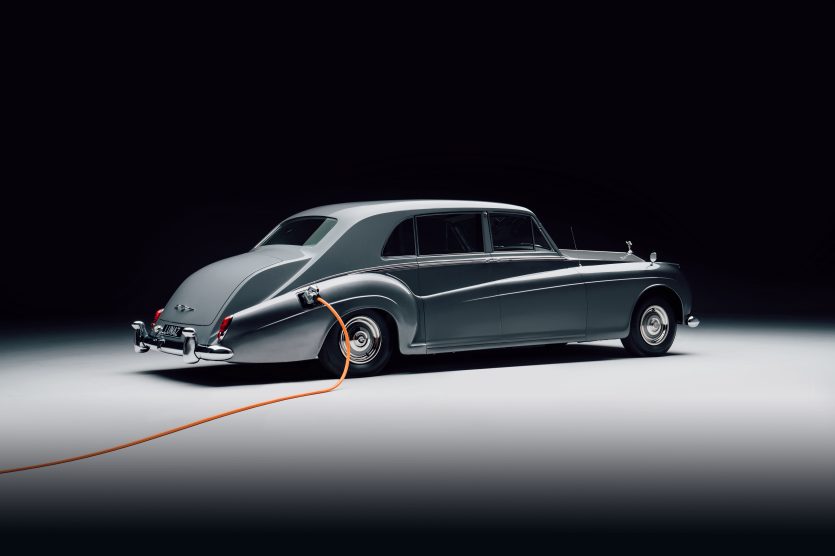 Lauri Mueller was ready for a new car. It was 2019 and Mueller, a 56-year-old freelance motion graphics designer, had run her 20-year-old Dodge Plymouth Neon practically “into the ground.” She had spent the last few years gradually moving toward a greener lifestyle—solar panels, reusable grocery bags, even an electric snowblower—and so she wanted a car that ran off battery power. She settled on a brand-new $40,000 Nissan Leaf, a birthday present to herself, because it came with an incentive: A credit of $7,500 taken off her federal taxes.

But Mueller was in for a nasty surprise. That “tax credit” was only worth as much as she owed the federal government—and in 2019, she only owed $3,829. The car ended up costing her several thousand dollars more than she expected.

The people who benefit the most are those with the most money to spend.

Mueller isn’t alone. According to one study by researchers at the University of California, Davis, 13 percent of electric vehicle owners overestimated how much money they would get back on their purchase. And her experience points to a much larger problem with the government’s primary strategy for getting consumers to adopt EVs: The people who benefit the most are those with the most money to spend.

Electric vehicles have long been seen as crucial to moving the U.S. economy away from fossil fuels: Many Americans are too car-addicted to abandon their personal vehicles, and the country is too tethered to its highways and suburbs to make a quick switch to a full-scale European-style public transportation system. (Sorry, mass-transit advocates.) A fleet of EVs, running on clean electricity, could help slash the 28 percent of U.S. emissions that come from transportation.

Getting Americans to buy electric cars, however, has proved challenging. EVs have been around forever—the first in the U.S. dates back to 1890 — but adoption has been sluggish. Even today, electric cars still cost thousands of dollars more up-front than their gas-powered counterparts (even if they ultimately make up that difference in lowered maintenance and fuel costs), and many people are skittish about having a car that runs out of power after a couple hundred miles. Between 2011 and 2019, less than 1 percent of cars sold in the U.S. were electric.

The tax credit was supposed to help. Started under President George W. Bush and expanded in President Barack Obama’s 2009 Recovery Act, the program gives purchasers of a new EV (or plug-in hybrid) a credit when they file their taxes the following year. The amount is scaled depending on the battery size: A 16kWh battery (like that of the now-discontinued Chevy Volt) is eligible for the max amount of $7,500.

A full 7 percent of the credits were claimed by people making at least $1 million a year.

But car buyers also have to make at least $66,000 a year—and have no other significant credits—to owe enough in taxes to get the full benefit. That’s one reason why the program has overwhelmingly helped richer Americans: According to an analysis by the Congressional Research Service, 78 percent of the credits were claimed by people making at least $100,000 per year; 7 percent were claimed by people making at least $1 million a year.

“It’s starting to be an equity issue,” said Gil Tal, director of the plug-in hybrid and electric vehicle research center at the University of California, Davis. A decade ago, he said, electric cars were more of a luxury item, only purchased by the rich—but now, as cheaper models are released, the tax credit may be standing in the way of middle-income Americans who want to jump on the EV bandwagon. Those buyers might not want to take on a heavy loan while they wait for the credit to kick in, or might not know how much they are going to make in the next year.

That’s what happened to Gene Cowan, a 56-year-old graphic designer based in California, who saved up to buy a Tesla Model 3 in 2018. He expected a $7,500 federal tax credit and another $3,000 rebate from the state. But after a rough year freelancing, he owed nothing in federal income tax, and, because he had to move to Washington D.C. to take care of a sick family member, he ended up losing the California-based benefit. “It’s crazy,” he said. “Because I wasn’t rich enough, I didn’t get it. It’s nuts.”

The tax incentive is supposed to convince Americans to buy electric vehicles who wouldn’t otherwise do so—especially middle-class Americans. But the credit only tipped the scales for 17 percent of EV buyers in 2015, according to one study in the journal Energy Economics. A whopping 83 percent would have bought their new cars regardless. Other analyses have found that the credit could be responsible for more like 30 or 40 percent of sales.

For middle-income Americans, there’s at least one way to still drive an EV. Tal, the UC Davis researcher, says that drivers interested in EVs can always lease — the federal tax credit gets applied to the dealership, which offers customers a cheaper leasing rate. This approach has been pretty popular: 75 percent of electric vehicles are leased instead of bought.“If I’m high-income, I’m going to buy my Tesla or Volt and I’m willing to pay full price,” said Tamara Sheldon, an author of the Energy Economics study and a professor of economics at the University of South Carolina. “But if you’re going to give me a tax credit or rebate—I’m not going to turn it down.”

But when it comes to purchasing an EV, Jay Friedland, director of the EV advocacy group Plug in America, thinks one way to tackle the equity problem is to move the credit “to the bumper.” That is, take the $7,500 directly off the sticker price of the car. That could be harder to swing politically—it’s easier to pass a tax credit than a direct subsidy through Congress—but would allow more Americans to take full advantage of the program. (A version of this already exists in California, where residents can get up to $1,500 off a new EV at the dealership.)

If Congress let used-car buyers take the credit, that would speed EV adoption by middle-income folks.

Another option is to provide a similar credit for used electric cars. In Oregon, low- and middle-income buyers can get a $2,500 rebate on a used EV; the state is also third in the nation for EV sales and leases. If Congress opened up the $7,500 tax credit for used cars, it could speed adoption among people who don’t have the funds to purchase a brand-new electric vehicle.

All of these ideas are likely to be debated in Congress over the next few months. President Joe Biden has made boosting EVs a pillar of his campaign—during the Democratic debates he repeatedly vowed to install “500,000 charging stations” across the country—and car companies are eager for the program to get revamped. The existing credit only applies to the first 200,000 eligible vehicles sold by a given car company, and Tesla and General Motors have already maxed out their quota. (Nissan and Toyota are getting close too.)

Any new legislation would likely lift those quotas, but could also help middle-income buyers get EVs. Senate Majority Leader Chuck Schumer of New York has floated plans for a bill that would provide cash for old, gas-guzzling cars—much like Obama’s “cash for clunkers” program—and give a boost to those buying used EVs. Senator Jeff Merkley of Oregon and Representative Peter Welch of Vermont have proposed eliminating the automaker cap for the next 10 years and applying the credits directly at the dealership. And the GREEN Act, currently sponsored by 49 Congressional representatives, would extend eligible vehicles to 600,000 per company and add in a credit for used cars.

Whatever strategy Congress adopts, many hope that it will be easier to navigate than the current system. Mueller, who loves the simple maintenance and quiet engine of her Nissan Leaf, is still frustrated by her experience with the tax credit. “If you want to incentivize people to do something, it should be straightforward,” she said. “It shouldn’t be contingent on: ‘Oh, you didn’t have that many deductions that year.’”