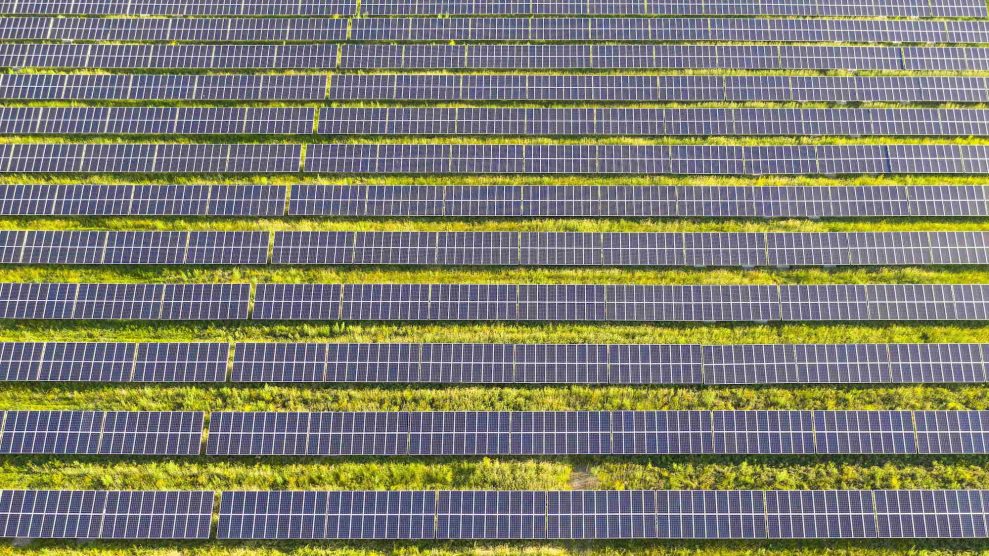 In January 2018, President Donald Trump slapped tariffs on imported solar panels despite protests from much of the industry, sending jobs in one of the nation’s fastest-growing employment engines tumbling for the following two years.

Now the solar industry is asking President-elect Joe Biden to cut short what was widely seen as Trump’s biggest blow to solar energy during his single term.

The White House should have the legal authority to end the import fees unilaterally, despite the fact that courts blocked Trump’s efforts to amend his own tariffs to remove an exemption for bifacial panels, photovoltaics that harvest energy from the sun on both sides of the equipment.

“We are asking the president-elect to remove those tariffs a year early because we don’t think it was having the policy objective at least our current president was looking for,” she added.

Trump enacted the 30 percent tariffs, which declined at a 5 percent rate per year, as an opening shot in what became a larger trade war with China by the end of 2018. On the face of it, his decision appeared aimed at giving the small US solar manufacturing sector a chance to compete against Asian rivals that enjoy lower labor costs and more generous government support.

Yet more than two dozen US solar manufacturers publicly urged the Trump administration not to implement the tariffs. Instead, the White House sided with the subsidiaries of two foreign-owned solar companies that had requested the tariffs―Georgia-based Suniva, which was owned by a Chinese company, and SolarWorld, the Oregon-based division of a German panel manufacturer.

The effect of the tariffs was mixed. Roughly half a dozen companies set up new solar module plants in the US, but other factories closed, the trade publication GreenTechMedia reported. In an industry where three-quarters of Americans work in installation and wholesale―sectors bolstered by cheap imported panels―the tariffs forfeited 62,000 jobs and $19 billion in investment, according to an analysis SEIA released last December.

“We have had numerous conversations with the transition team about this,” Hopper said of Biden officials. “It’s a thing we’ve raised and continue to raise with them because it’s been so impactful on our industry.”

Other concerns included in the nine-page wish list SEIA released Tuesday include appointing renewable-friendly commissioners to the Federal Energy Regulatory Commission, increasing solar use at federal agencies and making it easier to permit solar projects on public lands.

“We are asking the president-elect to remove those tariffs a year early because we don’t think it was having the policy objective at least our current president was looking for.” -Abigail Ross Hopper, CEO of the Solar Energy Industries Association

While the White House may have the authority to go it alone on those issues, the industry’s other top priority will require Congress. SEIA is hoping Congress will extend the solar investment tax credit, the federal incentive that has long fueled the industry’s growth.

Senate Majority Leader Mitch McConnell (R-Ky.), whose party looks likely to hold a narrow majority in the chamber next year, has signaled he won’t support including Democratic legislative priorities in the next stimulus bill to ward off a pandemic-induced economic depression. But Hopper said extending the solar tax credit would likely garner bipartisan support.

“In conversations that we have that aren’t on the front page of a newspaper, there are many, many Republican senators who support solar,” she said.

Whether the tax credit is included in the stimulus bill, she said, depends on how broad the legislation will be.

“We have some concern,” she said. “If something moves, we have a good chance of being in there, but there is obviously a pretty large divide as we sit here today on Nov. 17.”

Either way, the industry looks set to boom in the next decade. Last month, the International Energy Agency declared solar “the new king of electricity,” projecting that in the years to come, it would produce the cheapest power the world has ever seen.